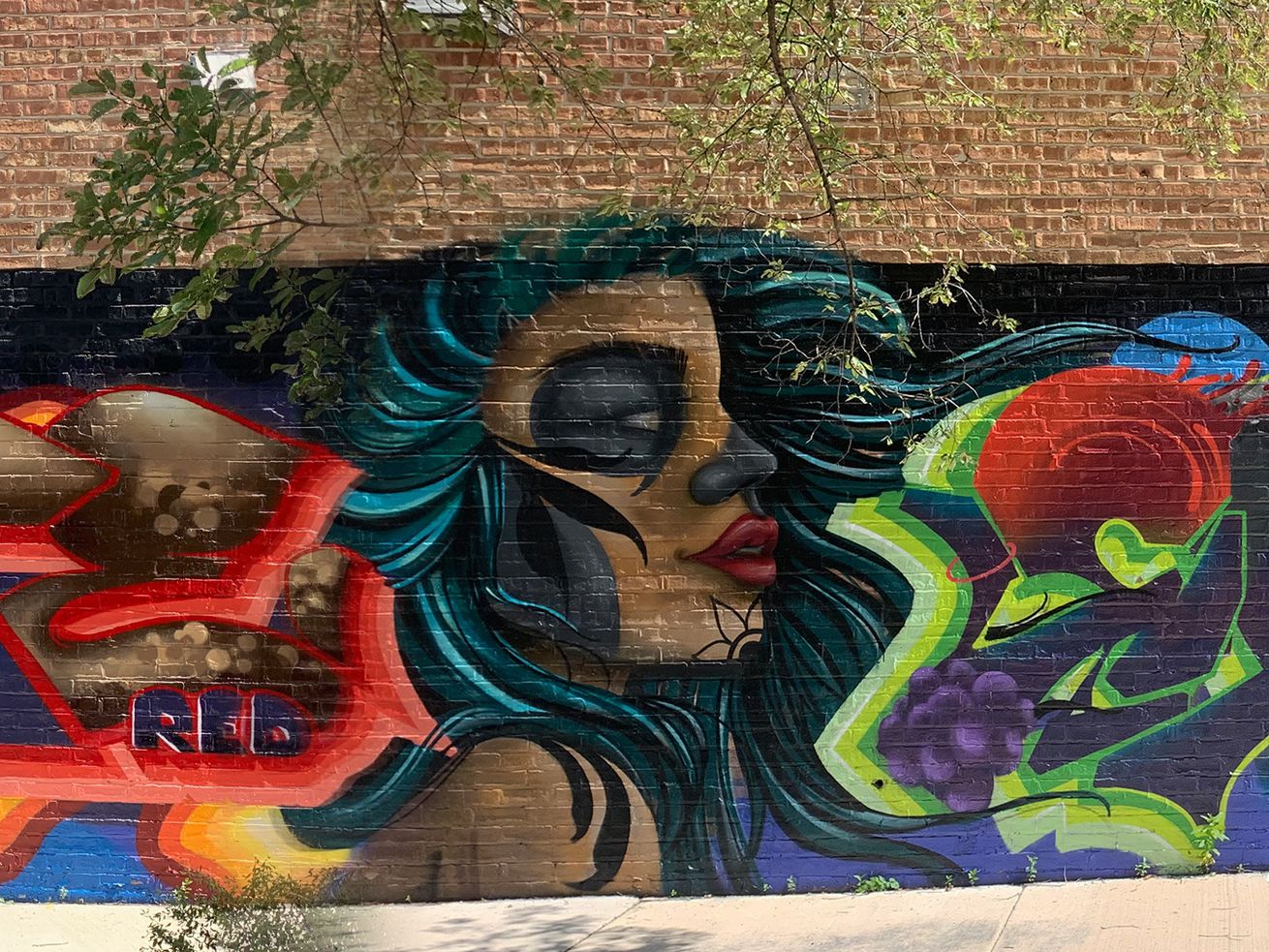 The brick wall outside Rocky Quiroga’s car wash had been riddled with graffiti for years. Every few months, Quiroga would buy gray paint to cover it up.

In March, the graffiti and gang tags on the wall of Quiroga’s Detail & Hand Car Wash gave way to a colorful mural — and the owner says he hasn’t had a problem with graffiti since.

“It’s kind of like putting up one of those disco balls in front of the store,” says Quiroga, who owns the building. “It just pops a lot when you’re walking down Milwaukee Avenue. It jumps at you.”

The mural at 3389 N. Milwaukee Ave. pays tribute to different Spanish-speaking regions. The toucan and flamingo bookending the mural, for instance, are a nod to tropical areas of South America. The toucan perches on a stone Maya statue to honor the indigenous Maya people from Mexico and Central America. And the woman at the painting’s center bears a resemblance to the candied sugar skulls common at Mexican Day of the Dead celebrations.

Robert Herguth / Sun-Times
A woman painted by artist Josh “Classics” sits at the center of the mural at 3389 N. Milwaukee Ave.

The street artist Haste headed the project, collaborating with five others to complete the mural in mid-March.

“We, as a group, kind of like to improvise,” says Haste, 27, who lives in Norwood Park. “We never had anything finalized in stone before we started doing it.”

Most of the crew are members of F.Tribe Productions, an artists collective that’s been around since the 1990s that began with a group of friends with a love of hip-hop. Most of the members are Hispanic, giving the Milwaukee Avenue mural added significance for the artists, according to Haste. The artists usually charge only for the cost of materials.

Musicians, DJs, break dancers and visual artists alike have found a home in F.Tribe, says Damien Reyes of the Near West Side, who was introduced to the group a year or two after it started, when he was 14 or 15.

“I didn’t think that we would still be rocking together as much as we do now,” says Reyes, now 38. “A lot of us are almost 40 years old, have our own lives, kids, jobs, things like that.”

Reyes says he and his girlfriend Michelle Alvarez painted the toucan and Maya statue on the left side of the mural.

Provided
Michelle Alvarez, left, works on a Maya statue while Damien Reyes puts the finishing touches on a toucan.Robert Herguth / Sun-Times
Around the corner to …read more

‘We want to work,’ Broward nightlife workers shout during protest

An auction house with good bones: Stan the T rex is for sale