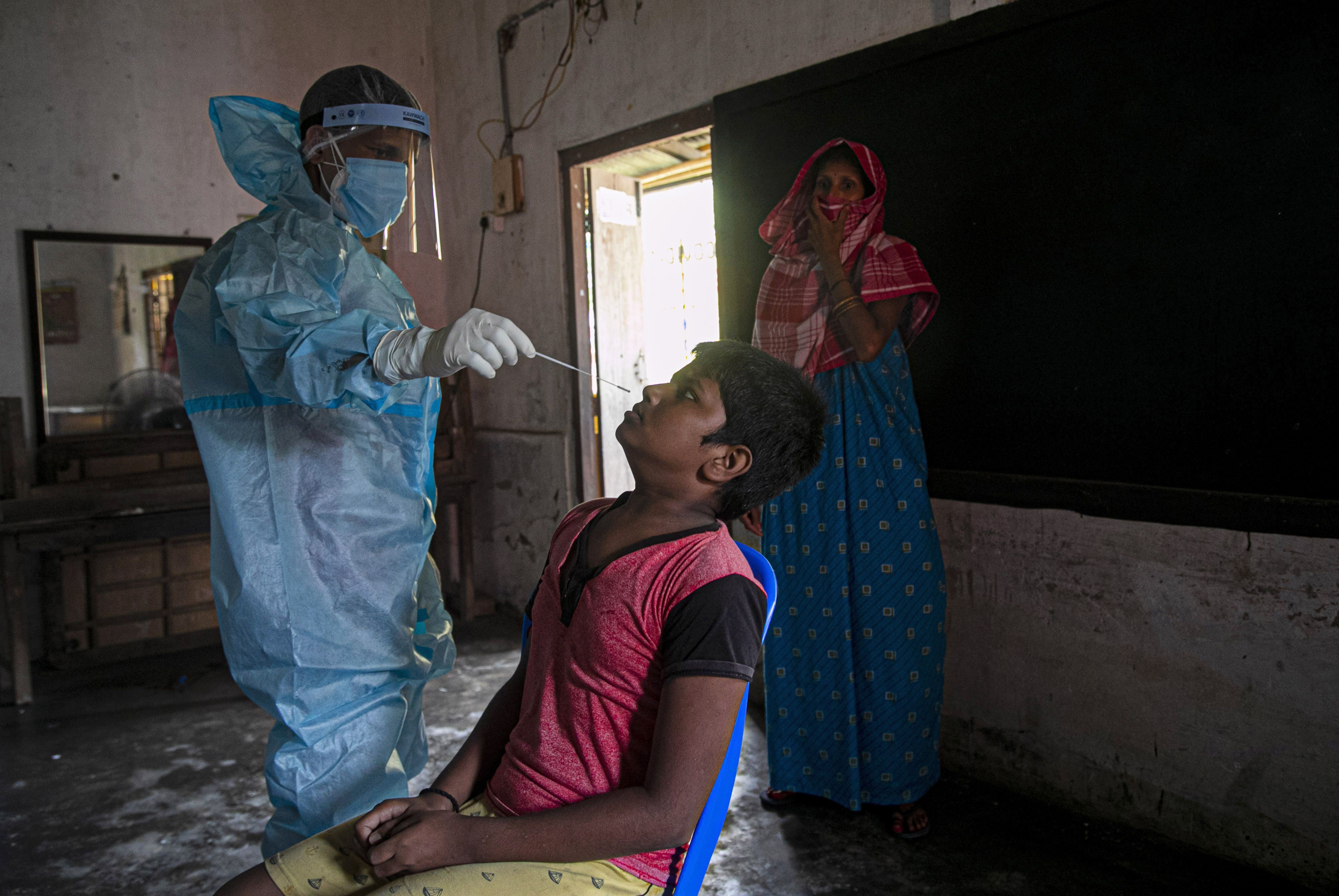 India edged closer to recording nearly 100,000 coronavirus cases in 24 hours as it ordered retesting of many people whose first results were from the less reliable rapid antigen tests being widely used.

India has the second-highest caseload behind the United States, where more than 6.39 million people have been confirmed as infected.

India’s health ministry has asked states to allow testing on demand without a doctor’s prescription. It also said some negative rapid antigen tests should be redone through the more reliable RT-PCR method, the gold standard of coronavirus tests that looks for the genetic code of the virus.

The retesting order applied to people who had negative results but had fever, coughing or breathlessness, or people who developed those COVID-19 symptoms within three days of their negative test results.

The order was meant to ensure that infected people did not go undetected and to help check the spread the disease among their contacts.

Using the rapid antigen, or viral protein, tests has allowed India to dramatically increase its testing capacity to more than 1.1 million a day, but the quicker, cheaper test is less reliable and retesting is often recommended.

The directive came as 60% of India’s cases have been reported from only five of the country’s 28 states. However, experts caution that India’s outbreak is entering a more dangerous phase as the virus spreads to smaller towns and villages.

With the economy contracting by a record 23.9% in the April-June quarter leaving millions jobless, the Indian government is continuing with relaxing lockdown restrictions that were imposed in late March.

— South Korea’s new coronavirus cases stayed below 200 for a ninth consecutive day. South Korea’s caseload once surpassed 400 in late August, but the outbreak has since gradually slowed after elevated social distancing rules in the Seoul area. The 176 new cases reported Friday are more than reported in the last few days. But health official Yoon Taeho told reporters that the government believes the caseload is in general on a downward trajectory though he urged citizens to keep trying to reduce face-to-face contacts with others and follow social distancing guidelines.

Police search for man who exposed himself, attempted to sexually harass spa worker