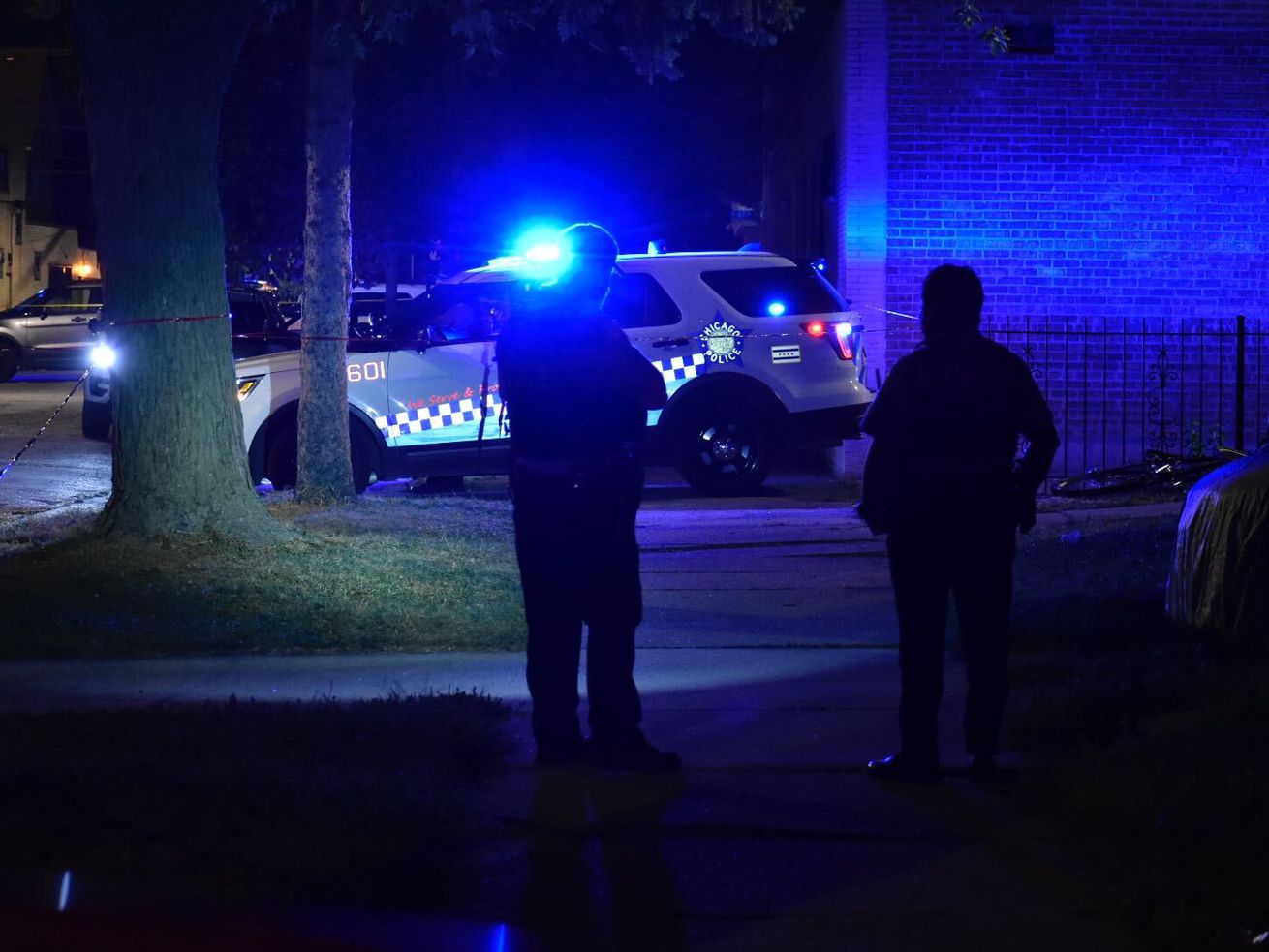 Chicago police investigate after a woman and a 4-year-old boy were shot Sept. 4, 2020, in the 8600 block of South Honore Street. | Carly Behm/Sun-Times

A 4-year-old boy and three teenagers are among the weekend’s wounded.

Four people have been killed and 26 others, including three teenagers and a 4-year-old boy, have been injured in shootings across Chicago so far over Labor Day weekend.

Chicago police canceled days off for officers ahead of the holiday weekend and extended shifts to 12 hours to put about 8,000 officers on the street in an effort to stem a tide of violence that typically accompanies long holiday weekends in Chicago.

The latest fatal shooting left a person dead early Sunday in University Village on the Near West Side.

Officers responding to reports of gunfire at 3:26 a.m. found a male on the ground with two gunshot wounds to the side of his head in the 1300 block of West Hastings Street, according to Chicago police. He was taken to Stroger Hospital, where he was pronounced dead a short time later. Witnesses told investigators a male suspect had approached and opened fire into a crowd.

About an hour before that, a 26-year-old man was shot to death in West Town.

He was at a gathering about 2:25 a.m. in the 2100 block of West Maypole Avenue when he was shot in the shoulder and foot, police said. The man was pronounced dead at Stroger Hospital.

Utah travel and tourism was crushing it, then COVID-19 rolled in

More than an hour earlier, a 36-year-old woman was killed in Englewood on the South Side.

She was inside a home about 1:08 a.m. in the 6100 block of South Carpenter Street when someone entered and shot her multiple times, police said. She was pronounced dead at the University of Chicago Medical Center.

The weekend’s first homicide happened Friday night in Jeffery Manor on the South Side.

Christopher Hines, 36, was at a party about 11 p.m. in the 9900 block of South Van Vlissingen Road when he got into an argument with a male family member, officials said. The relative pulled out a gun and shot Hines in the abdomen. He was taken to the University of Chicago Medical Center, where he was pronounced dead.

The suspect was taken into custody and a weapon was recovered at the scene, police said. Area Two detectives are investigating.

Four minors were among the victims wounded over the weekend.

An 18-year-old woman and 4-year-old boy were injured in a drive-by Friday night in Gresham on the South Side.

They were standing outside about 11:30 p.m. in the 8600 block of South Honore Street when someone fired shots from a passing black Dodge Challenger, police said. The boy was hit in the leg and taken to Little Company of Mary Hospital in good condition. The woman was shot in the lower backside and taken to Christ Medical Center in …read more