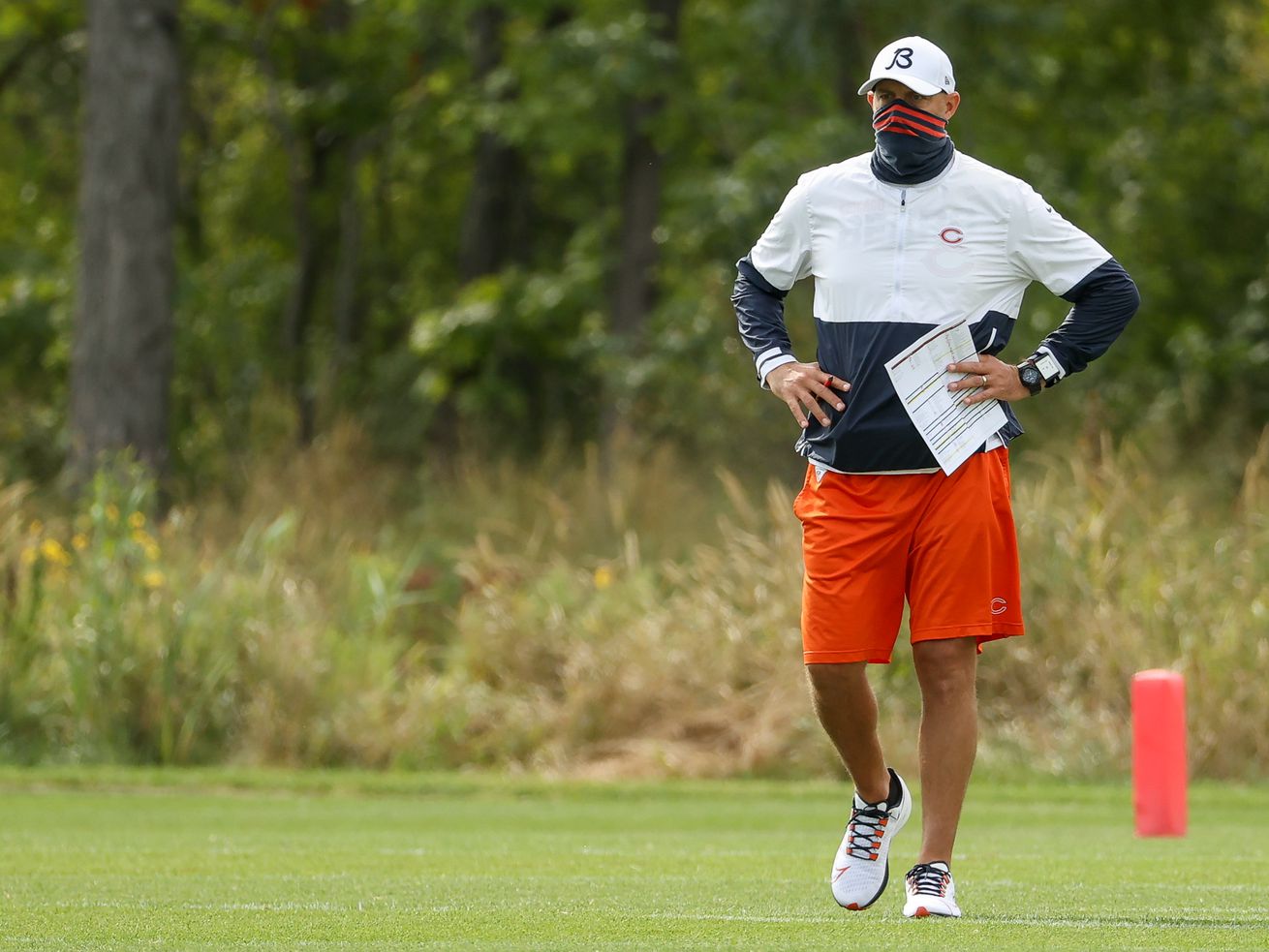 With a revamped coaching staff, an upgraded TE corps and a more “focused, calloused” Trubisky, it’s Nagy’s responsibility to give the Bears a productive offense while the defense is in it’s prime.

Chicago has lived with Matt Nagy for two-and-half years now — and we are well past the honeymoon phase.

After an initial splash in 2018, Nagy’s star has dimmed as the Bears’ offense stagnated and then regressed with quarterback Mitch Trubisky — the pet project Nagy was hired to develop. Trubisky has become neither as prolific as Patrick Mahomes nor as efficient as Alex Smith, but as problematic as Blake Bortles. Not an encouraging trend.

After the decision to start Trubisky over Nick Foles, the focus now turns to Nagy. With a revamped offensive coaching staff, an upgraded tight end corps and a more “focused, calloused” Trubisky, it’s Nagy’s responsibility to give the Bears a productive, threatening offense while the defense is in it’s prime. The clock is ticking.

And that starts with managing the quarterback situation. How long will Trubisky’s leash be? Though Nagy refused to address the issue publicly Monday, he surely has a plan if Trubisky struggles early. It’s not us he has to worry about. His players know there’s a second option now in Foles. And they’ll believe in Mitch until they don’t. Nagy doesn’t figure to be stubborn, with Foles available. But this could be a test of his ability to read his own room.

And here’s another hypothetical to consider: What if the Bears are winning, but Trubisky is mediocre or poor or Good Mitch/Bad Mitch? That quandary has perplexed many a head coach, but with Foles’ history of coming off the bench and winning in the postseason, Nagy is more likely to make that change than most.

So with Trubisky in Year 3 in the offense, with Foles as a solid Plan B and with the offensive roster fortified, all the pieces are in place for Nagy to succeed in 2020. Despite all the focus on Trubisky, it’s Nagy with the most to prove.

2. The very first series of the season opener against the Lions on Sunday will be an early indicator for Nagy.

When Nagy was new to the league in 2018, his scripted opening series was a big success — three touchdowns and no punts in the first four games. In the following 28 games, the Bears have scored four touchdowns, two field goals and punted or lost possession 20 times. In fact, the Bears were last in the NFL in opening-drive scoring in 2019 (17 points in 16 games).

That ledger seems to be an indication that — like offensive coordinator Gary Crowton’s “razzle-dazzle” offense of 1999 — the league caught on to Nagy pretty quickly. On Sunday at Ford Field, in a domed stadium …read more