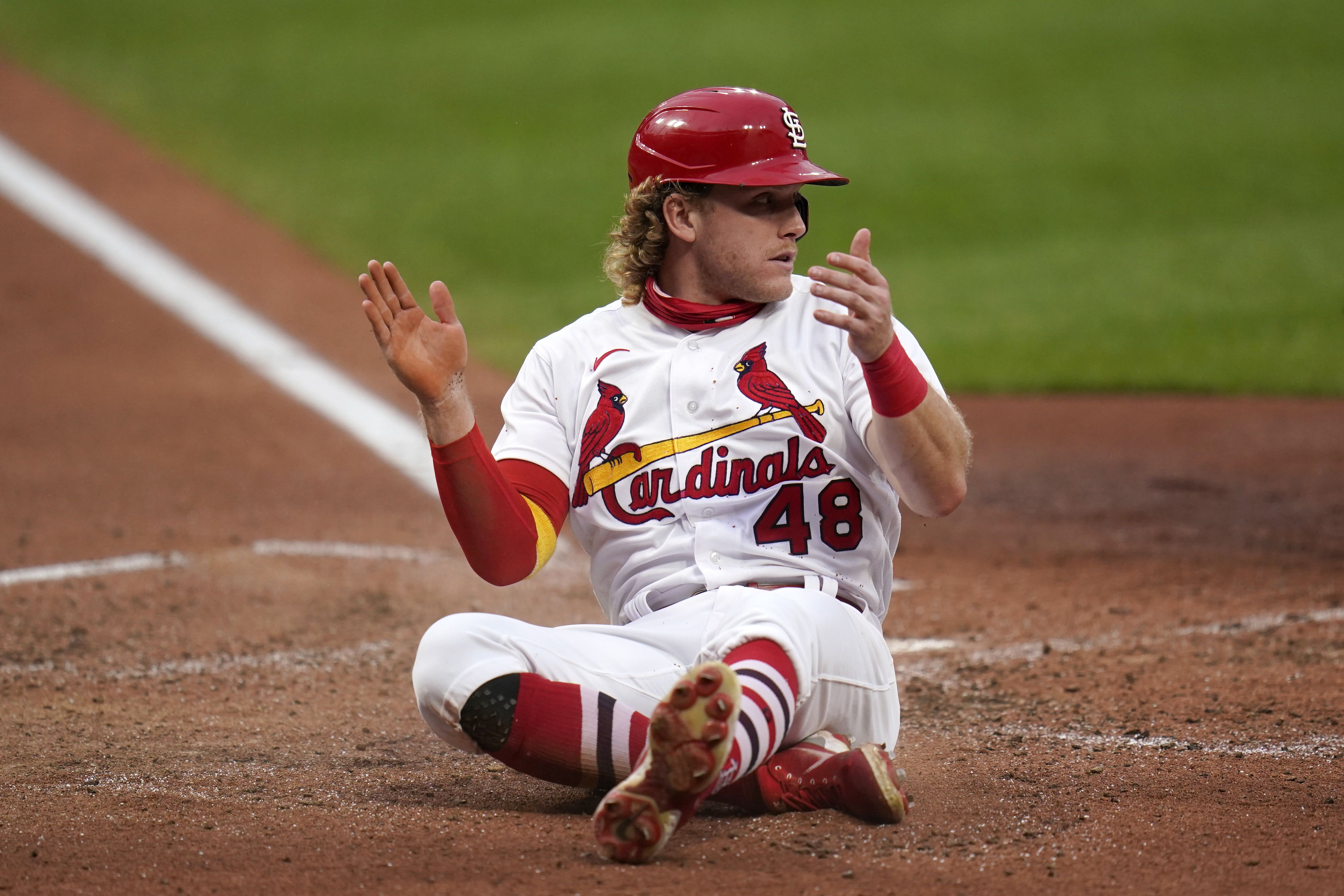 Backup catcher Matt Wieters acknowledges he might have to get in better shape for the St. Louis Cardinals.

He nearly did, all in one trip to the plate.

Wieters hit 14 foul balls during a grueling 19-pitch at-bat that finished with a deep flyout with the bases loaded during a wild rally that sent the Cardinals over the Minnesota Twins 6-4 Tuesday night for a doubleheader split.

“Sadly, I would like to say that I wasn’t running out of breath up there, but I was,” Wieters said. “I might need to work on some cardio. That’s probably the most swings I’ve taken in a day this year so far.”

Wieters, a switch-hitter, estimated his longest plate appearance before might have been 11 or 12 pitches. He nearly missed a grand slam earlier in the at-bat on a long foul against reliever Caleb Thielbar.

“The hardest part of that at-bat for me was trying not to guess or look for a pitch but to stay locked in and hit whatever he was going to throw up there,” Wieters said. “I knew it was getting up there. I wanted to get a hit there and drive in a couple of runs.”

His teammates were rooting for him to get a hit to finish it off.

“Everyone is laughing,” teammate Tommy Edman said about the players on the bench. “It’s just an unbelievable at-bat. I think we were all hoping to see him get to 20 pitches. That would have been a pretty cool landmark. It’s an unbelievable job by him. He just missed a grand slam.”

Cardinals manager Mike Shildt was impressed with Wieters, who has 15 at-bats this season and one hit. The 34-year-old was a four-time All-Star who nows backs up Yadier Molina.

“That was some at-bat,” Shildt said. It speaks what we’ve been doing — grinding it out and taking tough at-bats.”

Wieters’ at-bat was not a record. In stats kept since 1988, San Francisco’s Brandon Belt had a 21-pitch at-bat against Los Angeles Angels pitcher Jaime Barria in 2018 that ended with a flyout.

Wieters set the Cardinals record for a plate appearance in that span, topping 17 pitches seen by Rick Ankiel in 2008.

Josh Donaldson, Nelson Cruz and Miguel Sanó all homered, leading the Twins to a 7-3 victory over the Cardinals in the first game. Cruz also homered in the second game to tie him for the MLB lead with 15. Cruz also is the first player in Twins history to homer in both games of a doubleheader three times in a single season.

The Twins led 2-0 in the third inning of the nightcap before combining two singles, three walks and two hitters to score five runs.

Wieters, hit by a pitch from Randy Dobnak (6-3) earlier in the inning, came up with two outs and the bases loaded against Thielbar.

Wieters quickly fell behind 0-2 before eventually working the count full. He then fouled off nine straight pitches before flying out to the warning track in center field.

Video: Watch what Novak Djokovic did that got him defaulted at the U.S. Open