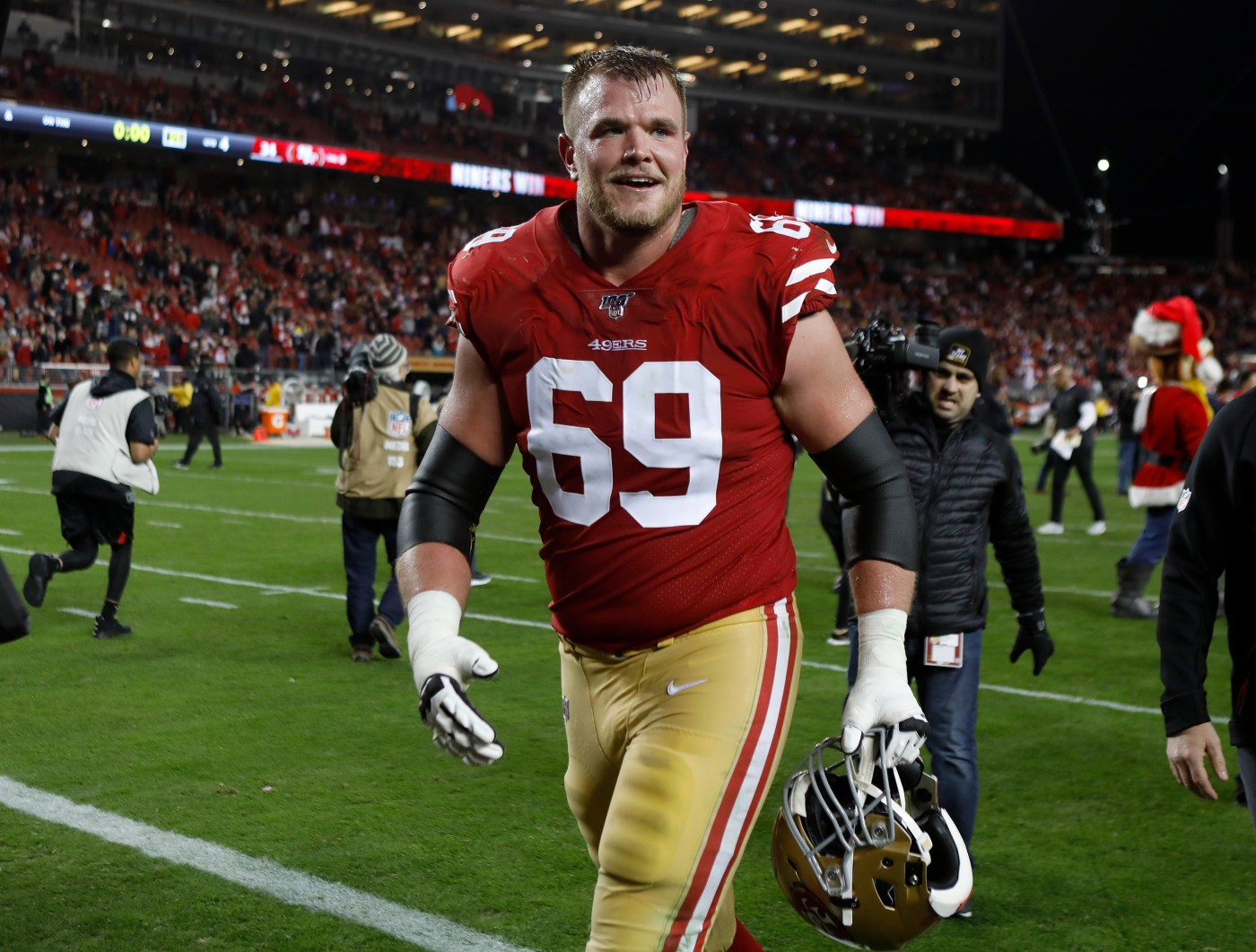 SANTA CLARA — The 49ers are opting for a magnificent, seven-man unit to serve as captains, more than any previous season under coach Kyle Shanahan.

The NFL expanded the number of potential captains to eight this season, so the 49ers have room to add one more later if they choose later.

#49ers captains (7, up from 5):
Jimmy G
Kittle
McGlinchey
Trent Williams
Armstead
Sherman
Warner
(Room for one more if they want, per NFL rules)

General manager John Lynch said Samuel’s status would be evaluated in a Tuesday summit with medical professionals. The second-year receiver has yet to practice since breaking his left foot in June.

Kendrick Bourne, Dante Pettis and Trent Taylor would like serve as the 49ers’ top three receivers if Samuel and Aiyuk can not play Sunday, and Shanahan again praised Pettis’ approach entering a critical third season.

Defensive end Nick Bosa is practicing for the first time since a leg strain Aug. 21. How did he feel when he tweaked it during practice?

“Very low concern, especially two weeks ago. I had some time to rest up and be ready,” Bosa said. “I know my training from the offseason will help me get through things like this. I’m past it completely.”Related Articles

The 49ers’ mid-day practice was played under twilight-esque skies with an orange glow that engulfed the Bay Area from the West Coast’s firestorms.

“It’s dark out there. It’s not clouds,” Jimmy Garoppolo said. “With the smoke and everything, we just had (practice), there is ash falling all over the place. It’s different. Best wishes to the families out there dealing with it. It’s tough times. Stay safe.”

Added Shanahan: “I feel like I’m in The Book of Eli (a 2010 movie). It’s an apocalyptic state out there. Surprisingly the air quality is not as bad as it looks.”