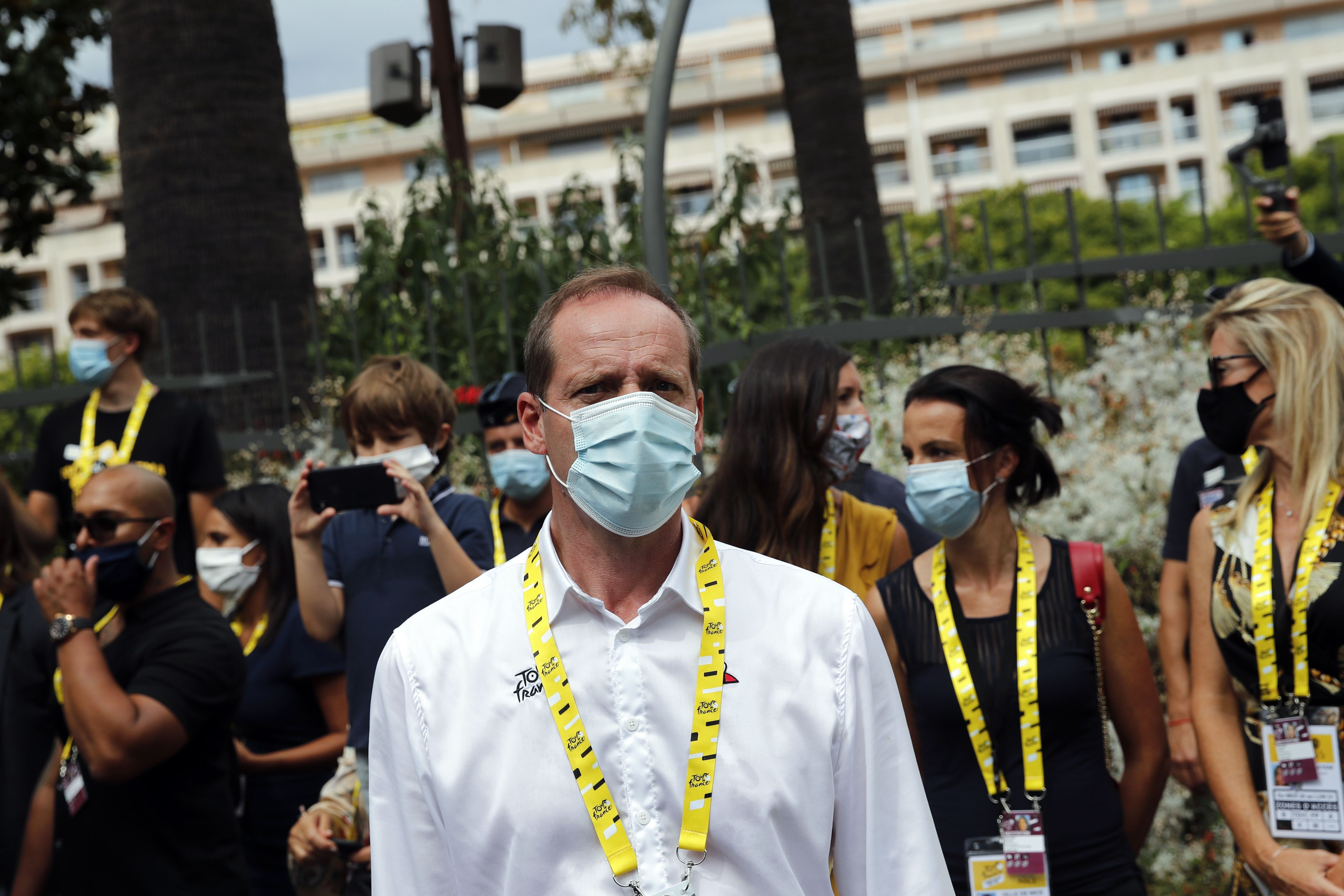 The 166 remaining Tour de France riders have been cleared to continue racing ahead of Tuesday’s Stage 10 after undergoing COVID-19 tests, but the race director is going home.

Tour organizers said that all the riders’ tests returned negative but announced that race director Christian Prudhomme tested positive along with four staff members from four different teams who have been dropped from the race bubble.

The four staff who tested positive work for Cofidis, AG2R La Mondiale, defending champion Egan Bernal’s Inos Grenadiers and Mitchelton Scott, meaning those four squads were under the threat of being excluded.

Under the race’s health protocols, anyone who tests positive has to leave the race and any team with more than two positive tests — either rider or staff — within seven days also has to abandon.

Prudhomme’s positive test might have an impact on French political affairs as it came only days after he spent hours in the car following a stage in the Pyrenees in the company of Prime Minister Jean Castex.

Organizers said 841 tests were performed over the past two days on riders and team members, with most of the riders tested during the first rest day on Monday. The next wave of tests will be during the next rest day on Sept. 14.

Under threat of cancellation at some point — more than 30,000 people in France have died after contracting the coronavirus — the Tour has been salvaged by pushing it back from its traditional July date to the end of the summer. The price paid for the race to be run are strict health protocols which include mandatory testing for riders and team staff on rest days.

All were tested before the Tour started in Nice and have since lived in the race bubble, making sure they stayed away from fans and sponsors usually omnipresent during the race’s three weeks.

To avoid false positive results that could rule healthy riders out of contention, Tour organizers perform a retest and a blood analysis as quickly as possible in case of a positive test. They have set up a mobile coronavirus lab that can produce results in two hours.

Following Sunday’s stage in the Pyrenees, where Primoz Roglic of Slovenia seized the yellow jersey, the 22 Tour teams traveled by bus to the western Charente region. The race resumes on Tuesday with a flat stage linking two islands, the Ile d’Oleron and the Ile de Re.

Hotline newsletter: On the timeline for CEO decisions, future of the Pac-12 Networks and “composition” options