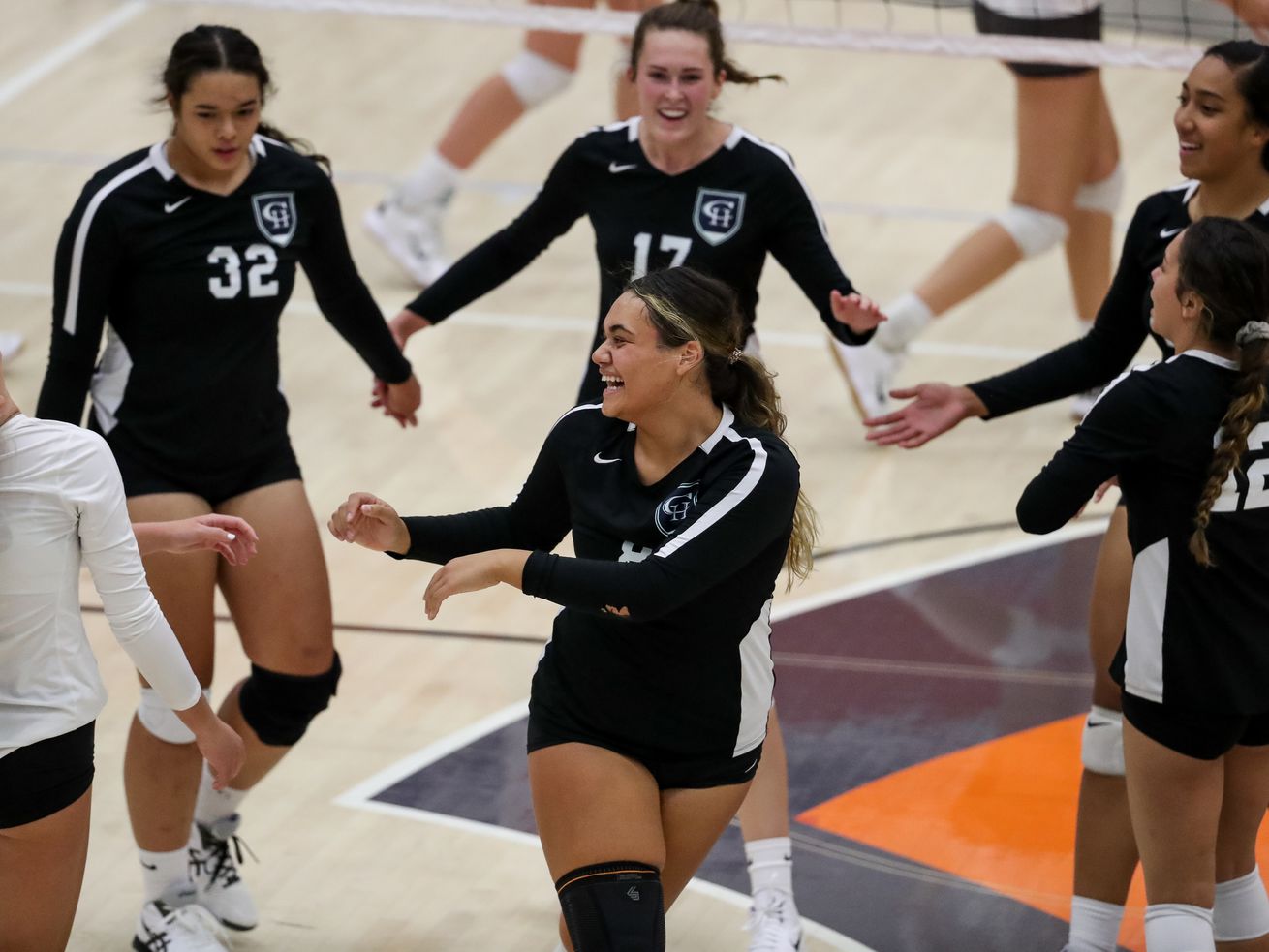 LEHI — After falling to Pleasant Grove in its first loss of the season, Copper Hills bounced back with a 3-0 win over Skyridge to improve to 11-1 on the year.

The turning point of the match came in the second set. After cruising through the first set, Skyridge bounced back in the second, tying things up in the middle of the set. Copper Hills regrouped and went on a run at the end of the set to take the second frame and the momentum.

“I think we went on that run because we had a couple of people serve really well. We spent a lot of time in our gym serving tough to put us in situations like that, build a cushion, something big enough where we can feel comfortable taking swings. We served well and I think that’s key in any really good team,” Fonua said.

Randi Reeves had 23 digs and three assists and was a key part of the win.

Wolff hurt by bad breaks, mistakes and DeChambeau at US Open

“She does a lot of good things for us. She gives us a lot of opportunities on the offensive end to get some kills. Defensively, she gets a lot of digs,” Fonua said.

Elle Hutchings had 10 kills and Teniyah Leuluai had 25 assists as the Grizzlies passed well in the win.

“We have veterans on the team, a lot of experience. I thought they did a good job of just getting back to what makes us a good team — serving well and passing well,” Fonua said.

“It was good to see kind of where our mindset is. I never imagined going through a season undefeated. It was good to get a loss out of the way. I mean, we hadn’t even dropped a set before we played Pleasant Grove, so it was good to kind of see how we would react, how the girls would react.” — Copper Hills coach Silver Fonua

Asiah Sopoaga was another Grizzly that was outstanding in the win.

“She’s very good defensively, passes super well. I think the key for us today was getting good passes and giving us opportunities from digs,” Fonua said.

Until its loss to Pleasant Grove last week, Copper Hills had cruised through the first 10 games of its season — not even dropping a set. After losing in straight sets to the Vikings, the Grizzlies picked themselves back up and …read more