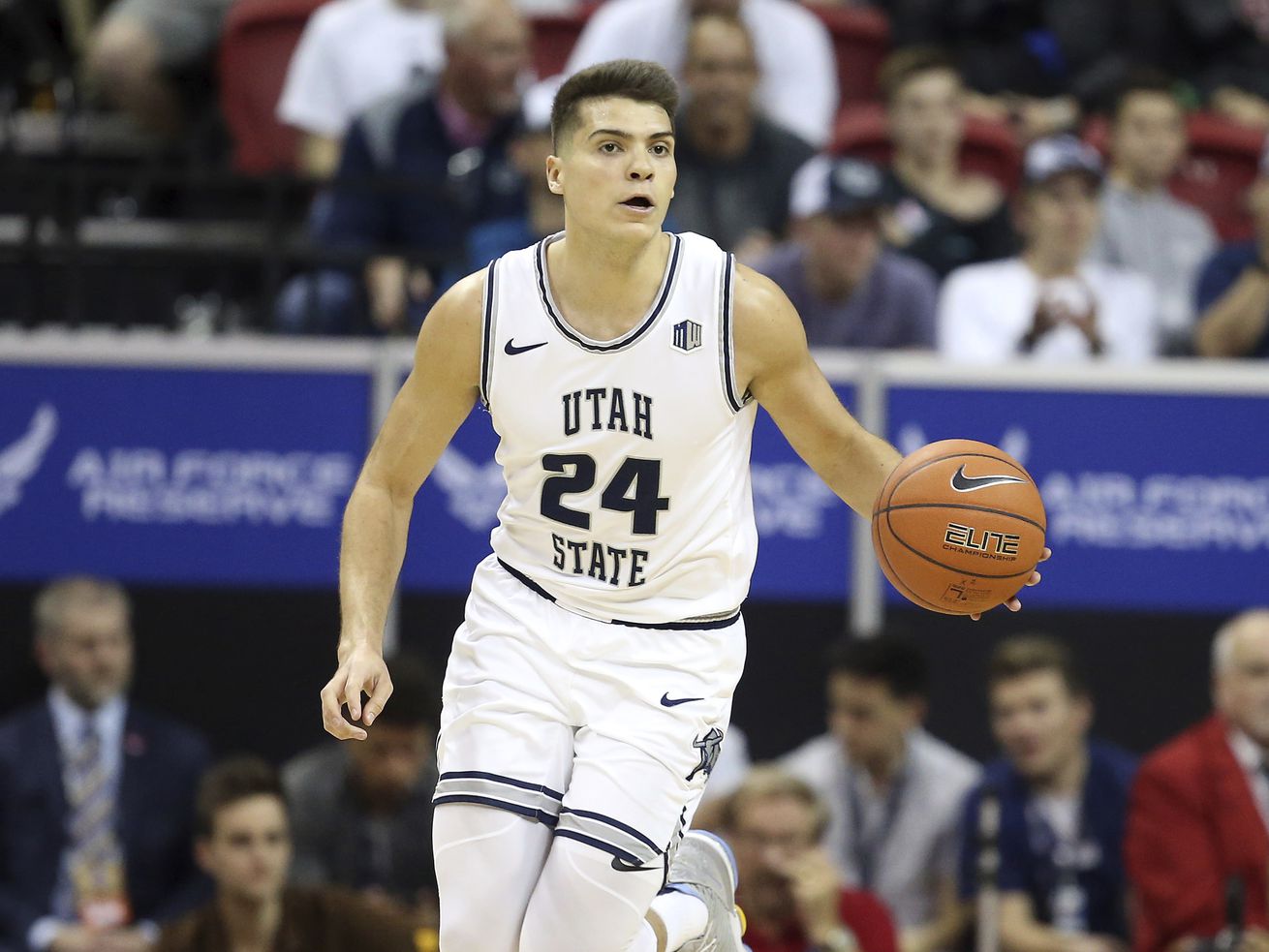 The former Utah State Aggie and native of Povoa de Varzim, Portugal, has signed with Río Ourense Termal, a professional Spanish team located in Ourense, Spain, which is found in the northwest part of the country, a little over a two hour drive from Brito’s hometown.

Brito officially signed with Rio Ourense Termal on Monday, Sept. 7, after a collegiate career in Logan that saw him play in 120 games overall for the Aggies — the 10th most in school history.

Brito averaged 8.5 points, 4.5 rebounds, 2.8 assists and 1.4 steals per game as a senior — he started every game at guard — and drew consideration as the Mountain West’s Sixth Man of the Year.

Over the course of his Aggie career, he scored 794 points, handed out 246 assists and recorded 118 steals as a key member on two MWC championship teams.

He graduated from Utah State with a degree in exercise science and earned academic all-Mountain West and Mountain West Scholar Athlete honors all four years.

Brito joins a Ourense team that finished 10th in LEB Oro a season ago and narrowly missed the playoffs for a chance at promotion to Liga ACB.