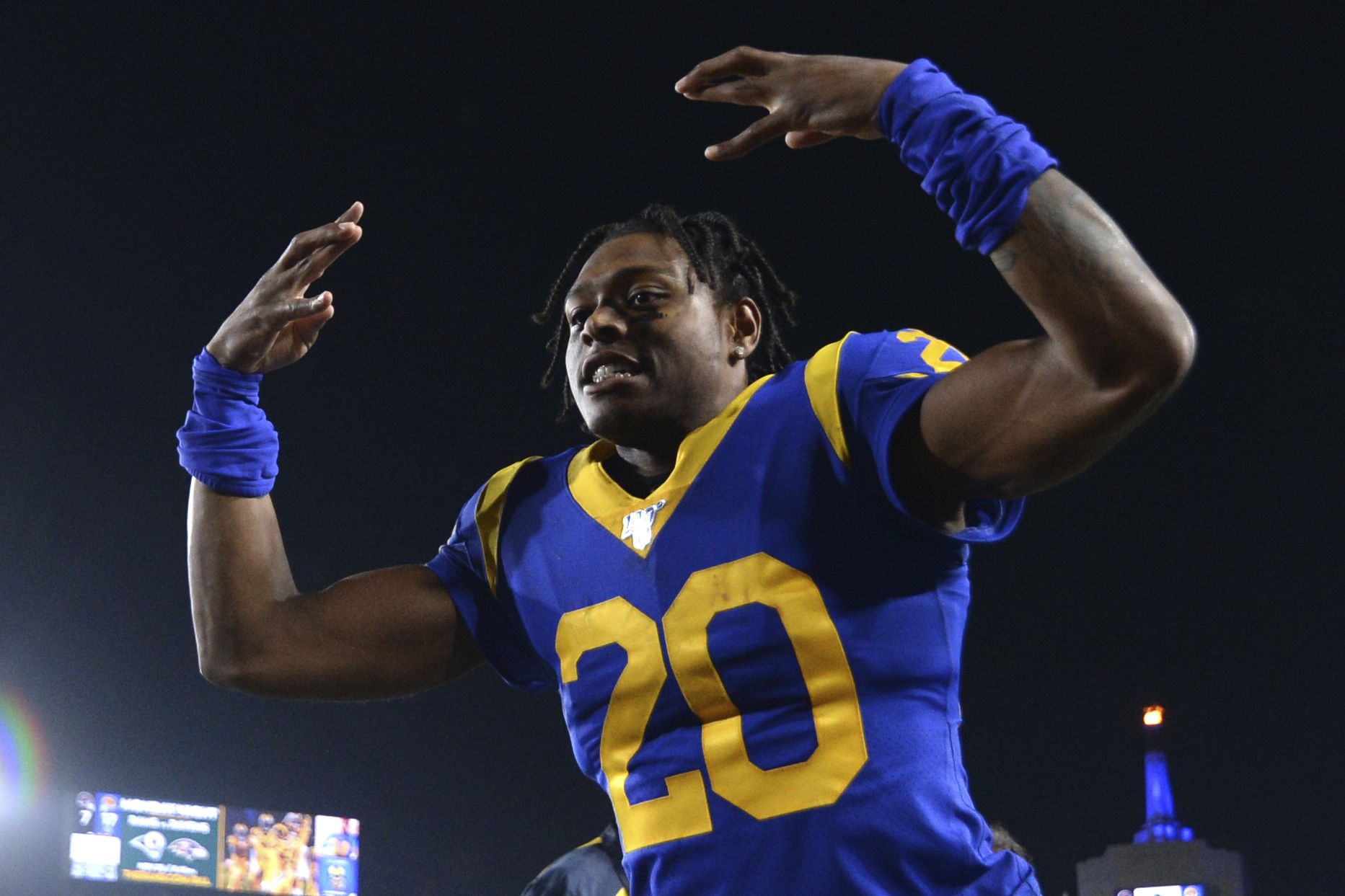 A year later on the opposite coast, he’s going to need that ride.

Ramsey will become the highest-paid defensive back in NFL history after agreeing to a five-year, $105 million contract extension with the Los Angeles Rams on Wednesday.

The extension includes $71.2 million in guaranteed money, the most ever given to a defensive back, according to Ramsey’s agent, David Mulugheta. Ramsey will average $21 million per season, another record for a cornerback or safety.

The deal is the culmination of a strong 11-month relationship between Ramsey and the Rams, who traded two first-round draft picks to acquire the shutdown corner from Jacksonville.

“It’s a well-earned contract,” Rams coach Sean McVay said. “I know it’s something that he was glad to get out of the way as well.”

Ramsey will make $13.7 million this season in the final year of his rookie contract, and the new deal keeps him with the Rams through 2025. Sticking to their weekly media availability schedule, the Rams don’t plan to make Ramsey available to discuss the contract until Friday. He took the field at the Rams’ training complex a bit later than his teammates for Wednesday’s workout.

The extension is another massive commitment by the Rams, who have handed out the largest contracts in NFL history at the time for a quarterback (Jared Goff), a running back (Todd Gurley), any defensive player (Aaron Donald) and a defensive back in a major spending spree since July 2018. The Rams made the Super Bowl for the 2018 season but lost to New England.

COVID-19 cancels football for 2 weeks at Skyline, threatens to shut down Olympus

Los Angeles acquired Ramsey from Jacksonville last October after the cornerback requested a trade. Ramsey had one interception and four pass deflections in nine games with the Rams while earning his third straight Pro Bowl selection.

Ramsey arrived in Los Angeles with a reputation for contentiousness forged during the last years of his tenure with Tom Coughlin’s dysfunctional Jaguars. The Rams have had an entirely different experience with Ramsey.

“Even going back to when he first got here, the way that he practiced, the reception to coaching was (great),” McVay said. “And how he led from afar, being able to get guys together this offseason, taking ownership of a bunch of different things, understanding the big picture of the defense.”

That exemplary effort continued in the coronavirus-influenced offseason. He vowed not to hold out, took leadership in team workouts and even devoted himself to providing tips to the Rams’ receivers.

“The more I get to know him, the more I appreciate him,” McVay said. “He’s extremely intelligent and aware of everything that’s going on. He knows the game.”