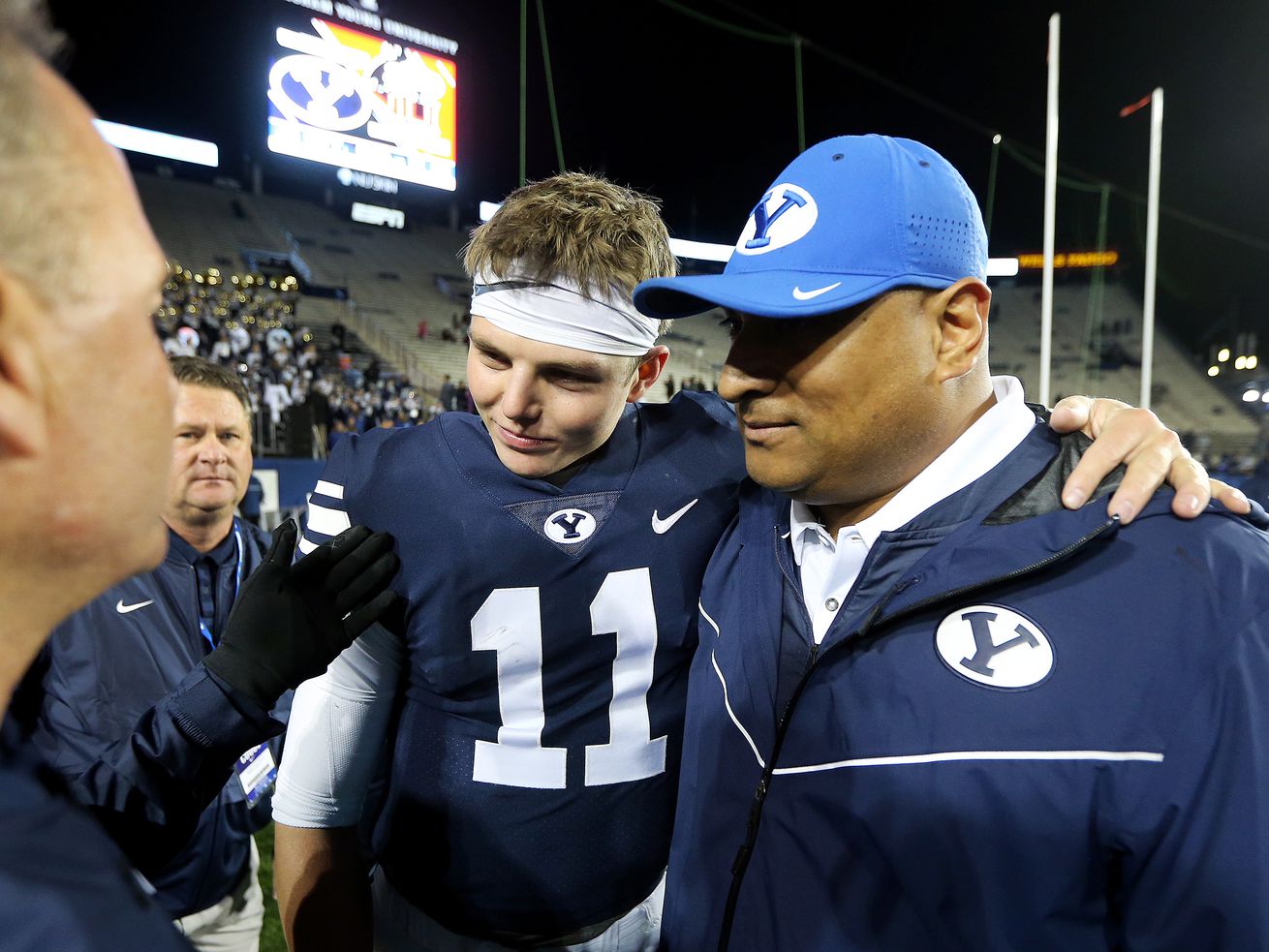 Weather: Forecast calls for partly cloudy skies and temperatures in the low 70s at kickoff.

For Navy … The Midshipmen want to build on last season’s 11-2 record while breaking in a new quarterback who is taking over for Malcolm Perry, who rushed for 4,359 yards in his career.

For BYU … This is coach Kalani Sitake’s most experienced, and perhaps deepest, team as he enters his fifth season at the helm. The Cougars — the only team west of Texas attempting to play a full season — are looking to open an unusual year with a victory on a big stage, in front of a national TV audience, in the middle of a pandemic.

For Navy … The Midshipmen are riding a four-game winning streak, dating back to 2019, including a 20-17 victory over Kansas State in the Liberty Bowl.

For BYU … The Cougars, who posted a 7-6 record in 2019, enter the season having lost two consecutive games — at San Diego State and at Hawaii in the Hawaii Bowl.

Navy will win if … The Midshipmen can dictate the game’s pace, against a defense that is unaccustomed to playing the ball-control triple option, as well as put pressure on BYU quarterback Zach Wilson.

BYU will win if … The Cougars make the most of their limited offensive opportunities by scoring points — especially touchdowns — in the red zone. Can BYU compensate for the loss of star tight end Matt Bushman to a season-ending injury?

Dalen Morris, Navy quarterback: The senior is starting for the first time in his career. Last season, he appeared in two games and rushed twice for 16 yards.

BYU’s front seven vs. Navy’s running attack: The Cougars will be tested by Navy’s triple-option attack. The Midshipmen led the nation in rushing a year ago, averaging 360.5 yards per game.

“(BYU’s) front on both sides of the ball, offensive and defensive lines, are very physical. They’re a really well-coached football team. You look at the teams that they’ve played with. They’ve played with a lot of Power Five people. Up front, they didn’t look out of place. They’ve matched up against Tennessee, Wisconsin and USC … That’s one of my biggest concerns.”

“We know exactly what Navy brings to the table. They’re a dangerous team. I keep reminding …read more

The Galveston Fishing Pier is open to anglers 24 hours a day. Here’s what it looks like this year