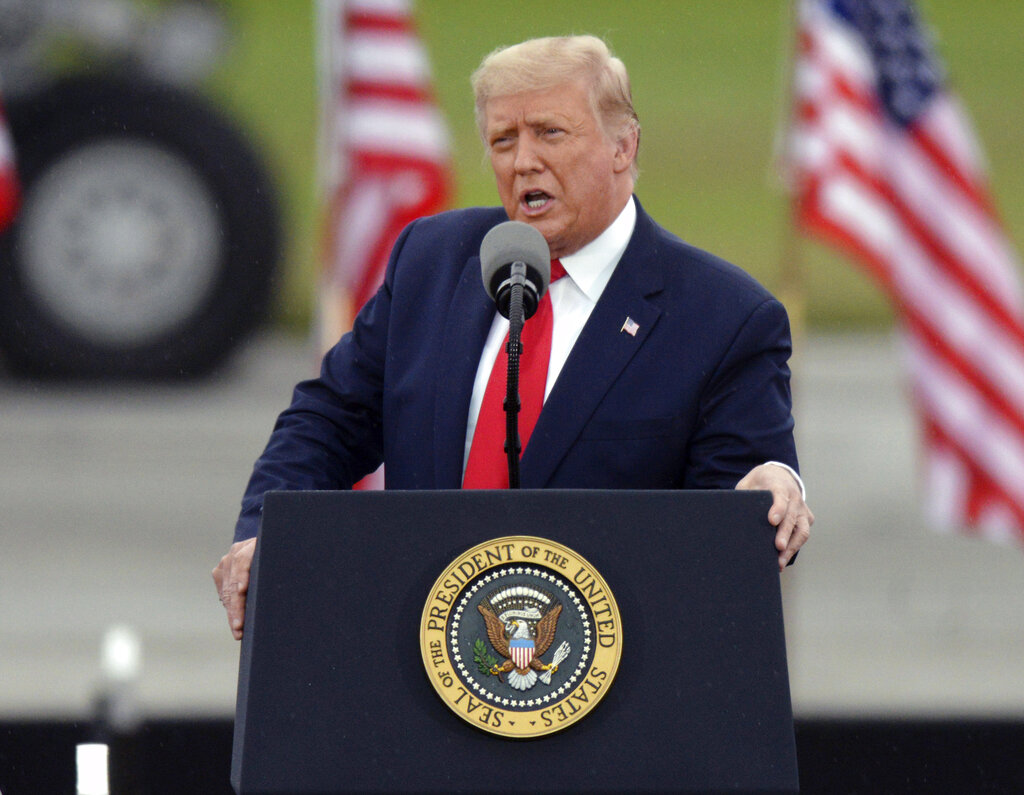 WASHINGTON — President Donald Trump is expanding his arsenal of spectacular, but hard to explain, claims about U.S. military might.

First, there were invisible airplanes. Then, a “super duper” missile.

And now, a secret nuclear weapon.

“I have built a nuclear, a weapon, I have built a weapon system that nobody’s ever had in this country before,” Trump said in an interview with journalist Bob Woodward for his book published this week.

Weapons experts are puzzling over Trump’s words. Some think he may have been talking about a nuclear warhead that was modified to reduce its explosive power. Known as the W76-2, this weapon certainly is unknown to the general public — not because of secrecy or mystery but because of its obscurity.

Asked by a reporter to clarify his comment, Trump on Thursday said he’d rather not.

James Acton, a nuclear expert at the Carnegie Endowment for International Peace, said in an interview Friday that Trump may have been referring to the W76-2 warhead. Although its existence was not a secret, the timing of its first deployment was. The warhead is on the business end of a Trident II D-5 missile carried aboard Navy ballistic missile submarines.

Senior Moments: Waiting for a Bobcat fire evacuation order with a frightened kitty

“The timing matches up,” Acton said.

The Woodward interview was Dec. 5, around the time of the first W76-2 deployment, which was not announced publicly until Feb. 4. The weapon itself is not revolutionary. It’s not even the only low-yield warhead in the U.S. arsenal. It is, however, the first major addition to the strategic nuclear force in recent decades and is a departure from the Obama administration’s policy of lessening dependence on nuclear weapons in pursuit of a nuclear-free world. Joe Biden, Trump’s rival for the White House, has said the new weapon is overkill, suggesting he might shelve it if he wins in November.

Acton says Trump may well have been making a garbled reference to some other weapon.

“It’s clear that the president likes boasting about military capabilities and doesn’t always have the tightest grasp on the details,” he said.

It cannot be ruled out that the U.S. is developing a new nuclear weapon in complete secrecy. This seems unlikely, however, for two reasons — the cost would be too much for the classified, nonpublic portion of the budget, and too many people would be involved in the project for it to stay secret for long.

It’s also possible that Trump had a non-nuclear weapon in mind when he spoke, although he used the word “nuclear.”

The president has previously made extravagant claims about U.S. weapons, sometimes straying beyond reality or exaggerating …read more

Casino Insider: How table games have changed during the pandemic