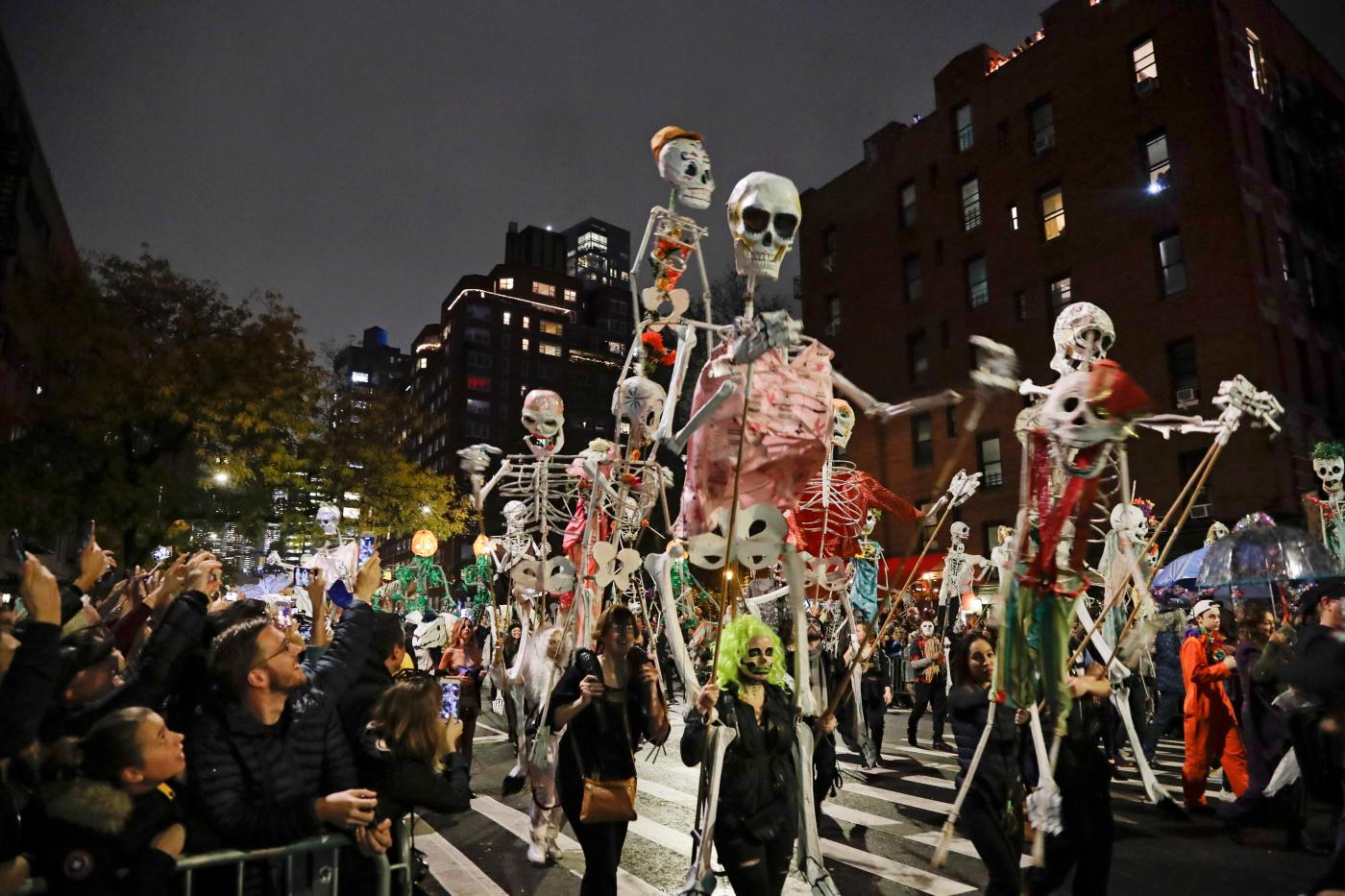 By Leanne Italie | The Associated Press

The family holiday so many look forward to each year is going to look different in the pandemic as parents and the people who provide Halloween fun navigate a myriad of restrictions and safety concerns.

Some were looking extra-forward to Halloween this year because it falls on a Saturday, with a monthly blue moon to boot.

Decisions are outstanding in many areas on whether to allow kids to go door to door or car trunk to car trunk in parking lots in search of candy, with Los Angeles first banning trick-or-treating, then downgrading its prohibition to a recommendation.

Other events have been canceled or changed, from California’s Half Moon Bay to New York’s legendary Sleepy Hollow — and points in between.

On a typical Halloween along Clark Avenue in the St. Louis suburb of Webster Groves, neighbors go all out to decorate their houses and yards with spooky skeletons, tombstones and jack-o’-lanterns as up to 1,000 people pack the blocked-off street to carry on an old tradition: Tell a joke, get a treat.

Not this year. There will likely be no warm bags of popcorn, cups of hot chocolate or cotton candy doled out in exchange for the laughs as residents figure out how to pivot.

“We plan to decorate the house as usual so families can feel the Halloween spirit on their evening walks,” said Kirsten Starzer, mom to two kids, ages 11 and 15. “We will put up a sign that says, `See you next year!’”

CSU universities expected to choose a new chancellor next week

Along the Pacific Coast about 25 miles south of San Francisco, this Halloween was meant to be a milestone for the Half Moon Bay Art & Pumpkin Festival. The two-day event, now canceled, usually draws up to 300,000 people from around the world to show off parade floats and school bands for the holiday.

“It was supposed to be our 50th year. I guess we’ll have to celebrate that in 2021,” said Cameron Palmer, a local business owner and president of the festival. “This year we have other things to worry about.”

The kick-off event the week before, the Safeway World Championship Giant Pumpkin Weigh-Off, will carry on with no public spectators but plenty of humongous orange contestants as the judging goes virtual. With any luck, a potential world record-breaker from the U.K. will make it safely to Half Moon Bay. Its grower has a shot at $30,000 if he sets a new record.

There’s still some Halloween fun to be had in Sleepy Hollow more than 200 years after Washington Irving published his classic story about the headless horseman who terrorized a hapless Ichabod Crane. But the undead, evil and insane who usually entertain at Philipsburg Manor won’t be present for the annual walk-through horror attraction Horseman’s Hollow.

It, too, is a pandemic casualty.

So is a popular festival in the Kansas City suburb of Shawnee, Kansas, in which children stuff straw into …read more