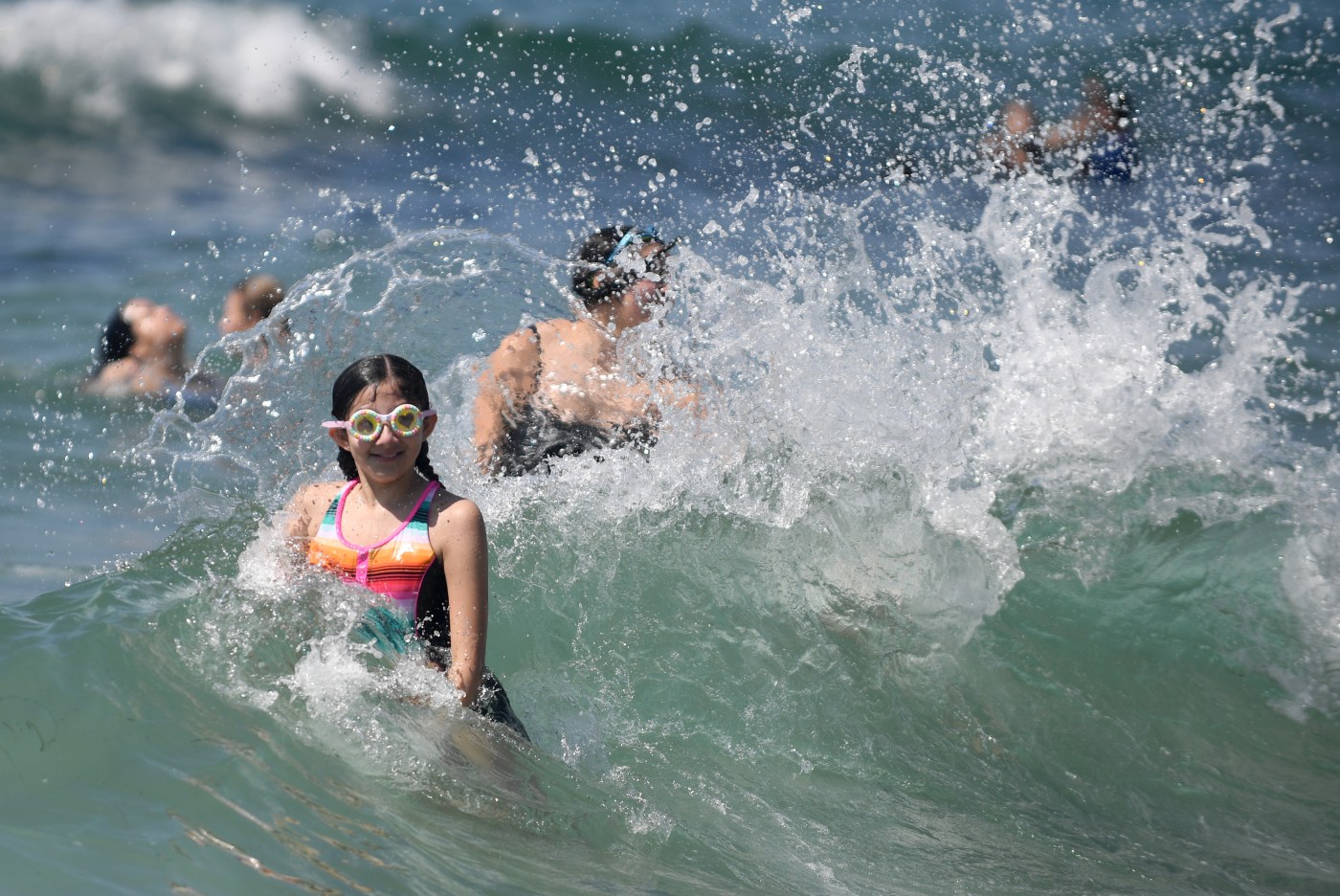 Following a record-shattering heat wave over Labor Day weekend that sent wave upon wave of beachgoers to the coastline, Los Angeles County Public Health officials were not sure on Tuesday, Sept. 8, of the overall effect the weekend’s activity had on efforts to slow the spread of the novel coronavirus.

Officials said Tuesday the 439 new cases and seven additional deaths associated with the coronavirus were a reflection of both a lag in reporting and less testing availability over the holiday, but there was no comment yet provided on complaints over the weekend.

The true effects from holiday activities won’t be known for another two to three weekends, because that’s how long experts say it takes for the virus to take show symptoms in a person and make them sick.

“Three-day holiday weekends have not been advantageous as far as the mitigation of the spread of this virus,” said Gov. Gavin Newsom during a public address on Tuesday. “You look back at the other three-day periods and large transmissions tended to occur two to three weeks after holiday weekends.”

L.A. County has identified 249,241 positive cases of COVID-19, the disease caused by the novel coronavirus. A total of 6,036 people have died from complications related to the disease.

Tuesday’s totals did not yet include tallies from Long Beach and Pasadena, which operate their own health departments. Pasadena reported eight new cases on Tuesday, for a total of 2,443 overall, but did not add to its death toll of 117. As of 3 p.m., Long Beach had not updated its total from Friday of 10,957 cases and 227 deaths.

Senior Moments: Waiting for a Bobcat fire evacuation order with a frightened kitty

By nearly every metric in L.A. County, conditions have been moving in the right direction including case and positivity rates, hospitalizations and deaths. But the county still remains on the state’s most restrictive category along with 33 other counties indicating the virus was still widespread.

“L.A. County is still among the California counties with high rates of community transmission,” said Public Health Director Barbara Ferrer in a statement Tuesday. “As we get into cooler weather and flu season, we need to significantly lower the number of new cases. This is the only path forward that allows us to get more students back to school and reopen more business sectors.”

Newsom on Tuesday announced that five counties including Orange County were moving off the state’s most restrictive category to allow schools to reopen in two weeks among other things that L.A. County could soon look forward to.

Gyms, yoga studios, museums and others forced to operate outside can now open indoors in Orange County – gyms and yoga studios at 10% capacity, museums at 25% capacity.

Piercing and tattoo parlors, which had been ordered shut, can reopen indoors with modifications, and grocery stores and other retailers can beef up their indoor capacities from one-quarter to half.

Leading up to the weekend, health officials in L.A. County stressed the importance of continuing to follow social distancing guidelines and wearing face masks. They also recommended against gatherings of …read more

‘War on suburbs’ is more about politics than reality