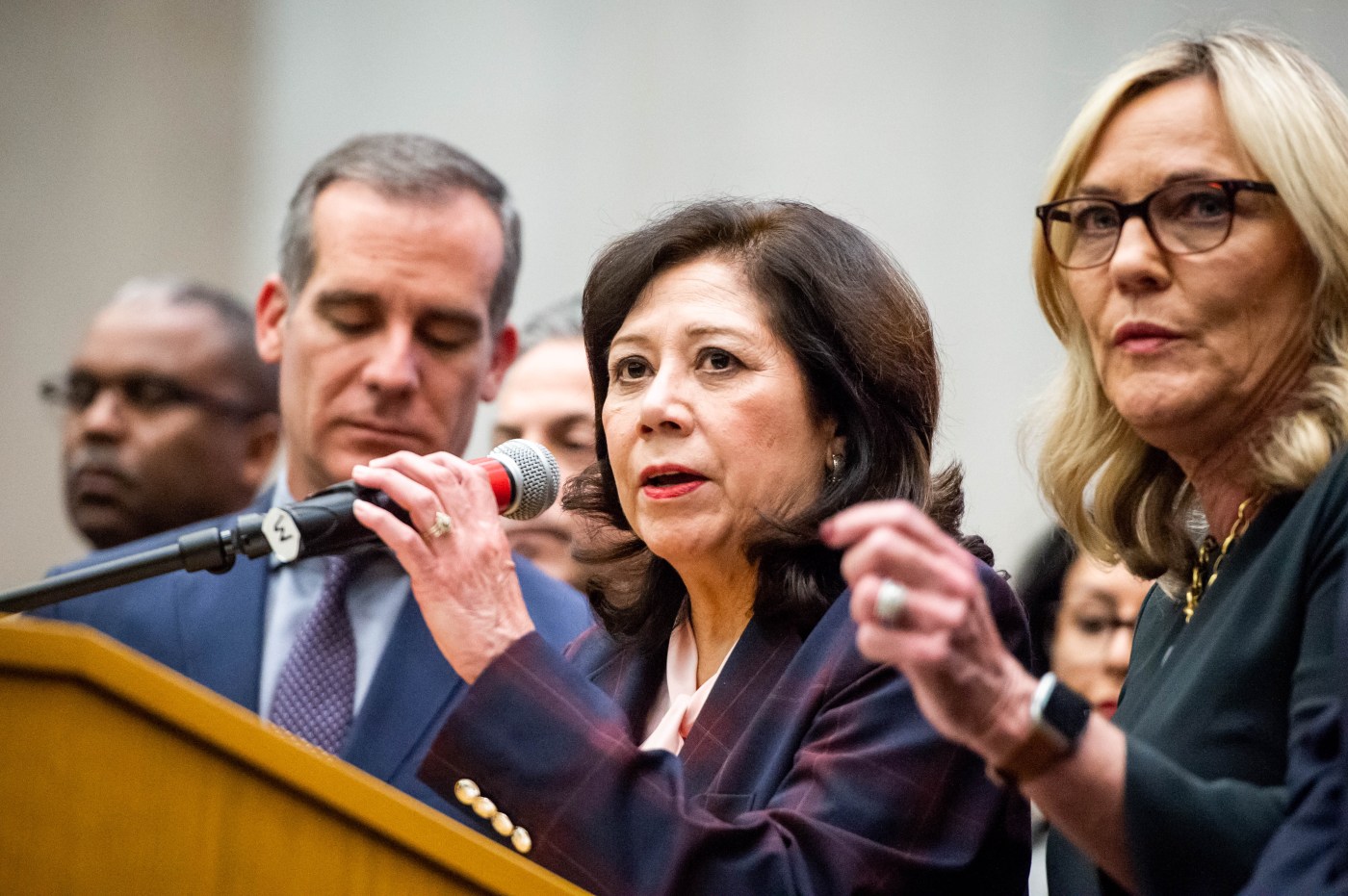 Pressed by leaders frustrated with the pace of reopening Los Angeles County’s giant, pandemic-humbled economy, Public Health Director Barbara Ferrer on Tuesday defended her department’s gradual approach. And she stood firm that it will be weeks before restrictions on schools and businesses will ease.

The lengthy Q&A with the Board of Supervisors came as board members are getting earfuls from business interests and constituents, many indignant and confused as to why certain kinds of businesses can open more fully than others, and why schools are so limited.

It was also an exchange between the board and public health officials that was out in the open — a refreshing light on what have been closed-door meetings about whether and when to lift restrictions.

In one instance, asked to explain her comments during a conference call with educators last week, Ferrer apologized for any confusion when she said schools would not likely reopen until after the election in November. The election, she said, was being used as a point of reference.

“It had nothing to do with the elections per-se as it did that we need about six weeks of implementation for the school reopening that will be happening because we want a lot of assessment data to really guide the decisions we might make,” Ferrer said.

That was just one of the more free-wheeling moments in the discussion, a rare public debate regarding the health order since the pandemic began.

Earlier decisions around modifying the health order have all been made behind closed doors, reportedly in consultation with the Board of Supervisors but none held publicly. Board Chairwoman Kathryn Barger on Tuesday said going forward that every meeting will contain such an item.

Going forward, such updates will be important as the county mulls easing restrictions, based on a new statewide tiered system.

In another moment, Barger asked Ferrer straight out why the county would not allow certain business sectors to operate despite being allowed currently by the state. L.A. County remains in the highest-risk tier for transmission of the virus. But as the transmission rate falls, the county will ultimately fall into lower tiers, where it has control over what sectors can re-open more quickly.

“I get confused because on the one hand the state is very strict,” Barger said. “So why is the county not adopting a green light with regard to wineries, breweries, outdoor cardrooms or indoor malls?”

Ferrer said the county has delayed these sectors because they need to make sure the department can provide enough support and that businesses understand what they need to do in order to be compliant. The biggest factor, Ferrer said was the county’s sheer size.

“So when the state decides that indoor dining can reopen and we have 44,000 restaurants, our job becomes making sure those restaurants know what to do to adhere to health orders,” Ferrer said. “Decisions get made here differently than some of the smaller districts because we want to make sure we have the …read more

Latest line: A good week for chopper pilot, bad one for Jennings