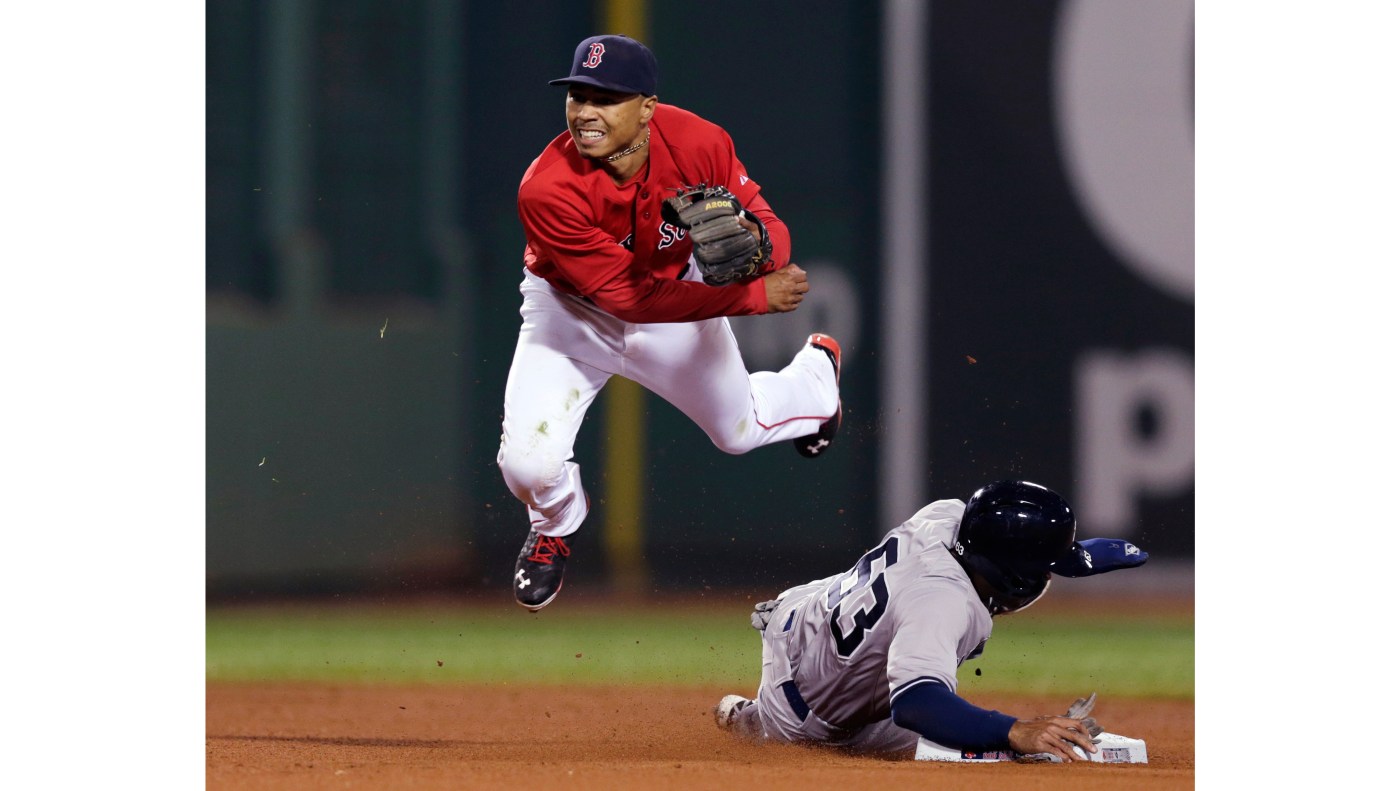 The Dodgers acquired one of the best leadoff hitters in baseball and batted him second. Now they’re taking a four-time Gold Glove winner in right field – and playing him at second base?

Mookie Betts was drafted as a middle infielder and played there while progressing through the Boston Red Sox’s minor-league system. Blocked by Dustin Pedroia at the major-league level, Betts was moved to the outfield and hadn’t started a game at second base since his rookie season in 2014 – until Dodgers manager Dave Roberts wrote him into Thursday’s lineup there.

The move is about “optionality” for the playoffs, Roberts said.

“You sometimes hit for guys early,” he said. “The game could be in the balance in the third or fourth inning. As you’re kind of playing teams nowadays like we saw with the Brewers a couple years ago where you’re starting to deploy bullpens, you just never know what could happen.

“So the option of having him be able to play second base if we’ve got (A.J.) Pollock in there, other guys in there, Joc (Pederson) could be in there. You just never know how it could play out. It just gives me more options where sometimes in the playoffs it can get crazy.”

The Dodgers made the decision to move Betts up and down in the lineup at the beginning of the season – leadoff against left-handed starting pitchers, second against right-handers – despite his expressed preference for batting leadoff. But this move was Betts’ idea, according to Roberts.

“He came to me a couple weeks ago and we were talking about potential scenarios and how we move players around the diamond and if there ever was an opportunity during the postseason where things got crazy he might find himself on the infield,” Roberts said. “For me, nothing is off the table, especially when a player like Mookie is open to it. So I just felt this was a good opportunity for him to log some innings, get the feel of it and see what he thinks. So right now, just gathering information. He wants to do it. He’s excited about it. He takes grounders every day.”

The Dodgers already have four options to play second base – Kiké Hernandez (19 starts there), Gavin Lux (10), Max Muncy (10) and Chris Taylor (five). But that group has committed eight errors with a below league average fielding percentage while batting a collective .209 with a .644 OPS – the lowest for any position in the Dodgers’ lineup.

Roberts said Betts will make at least one more start at second base and could move there midgame as well. With a comfortable lead in the NL West, the Dodgers certainly have the leeway to gather information on “optionality” down the stretch.

Roberts was asked if he would be experimenting like this if the Dodgers were in a tight race for a postseason spot.

“Probably not,” he said.

Dodgers’ Max Muncy: ‘You have to realize that it really isn’t about you’