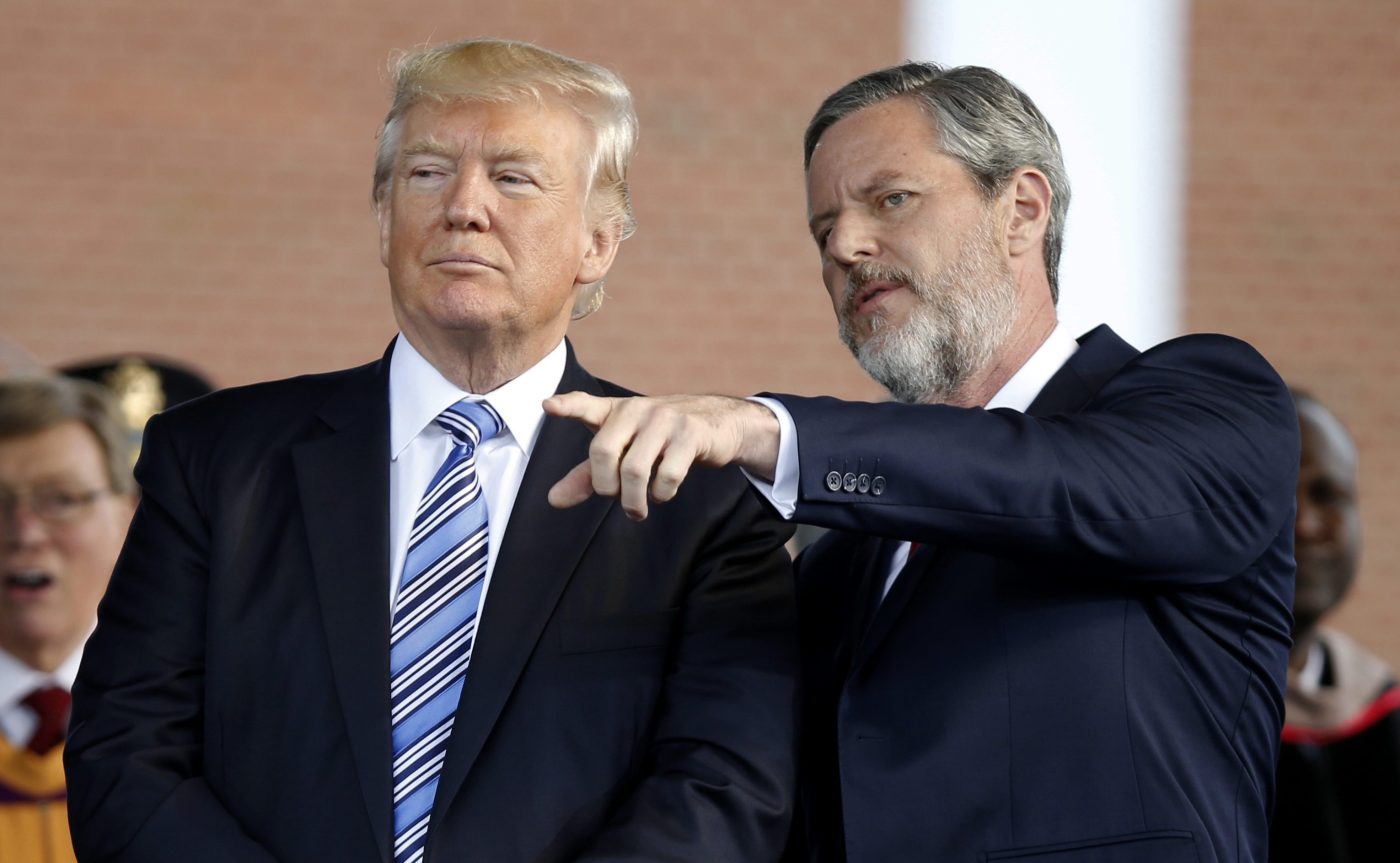 WASHINGTON – In his book released today, Michael Cohen, the former fixer for U.S. President Donald Trump, ties for the first time the 2016 presidential endorsement of Trump by American evangelical leader Jerry Falwell Jr to Cohen’s own role in helping to keep racy “personal” photographs of the Falwells from becoming public.

As Reuters reported last year, the Falwells enlisted Cohen to keep “a bunch of photographs, personal photographs” from becoming public, Cohen said in a recording, made surreptitiously by comedian Tom Arnold. “I actually have one of the photos,” he said, without going into specifics. “It’s terrible.”

In “Disloyal: The Memoir,” Cohen describes thinking that his involvement in the Falwell photo matter would be a “catch and kill” — the practice of American tabloids to obtain and then suppress unfavorable stories about celebrities — “but in this case it was just going to be kill.”

He later writes: “In good time, I would call in this favor, not for me, but for the Boss, at a crucial moment on his journey to the presidency.”

Cohen has said that he helped persuade Falwell to endorse Trump just before Republican voters gathered in Iowa in February 2016 to nominate a presidential candidate. Falwell not only publicly vouched for Trump’s Christian virtues but also barnstormed with the candidate. His backing of Trump — a twice-divorced candidate who had talked about grabbing women’s genitals and engaged in extramarital affairs — was one of the major surprises of the 2016 campaign.

In the book, Cohen doesn’t explicitly say that the endorsement was the favor he sought in return for his help in having kept the Falwell photos from getting out. But his account marks the first time he has linked the two issues.

Earlier this year, Cohen was quoted by CNN saying “there is absolutely no connection between the photos and my personal request to the Falwells to assist the Trump campaign.” How that comment jibes with what he’s written in his book is unclear. Cohen did not immediately respond to efforts by Reuters to reach him.

After this story was published, Jerry Falwell spoke by phone with Reuters. He said that “someone stole some pictures I took of my wife in the back yard. Topless. Big deal. OK?” But he said his endorsement of Trump had nothing to do with Cohen’s role in suppressing the racy photographs.

“It was no quid pro quo,” Falwell said. “There was no me supporting Trump because of whatever Michael was doing.”

Falwell said he endorsed Trump, at Cohen’s behest, because Falwell “believed that a businessman needed to run this country.”

Toward the end of the call, Becki Falwell, who has not commented on the Cohen book or the photographs, could be heard urging her husband to cut short the conversation with Reuters. “Hang up the goddamn phone,” she told her husband. “Hang up the phone, Jerry!”

“Michael Cohen is a disgraced felon and disbarred lawyer, who lied to Congress. He has lost all credibility, and it’s unsurprising to see …read more