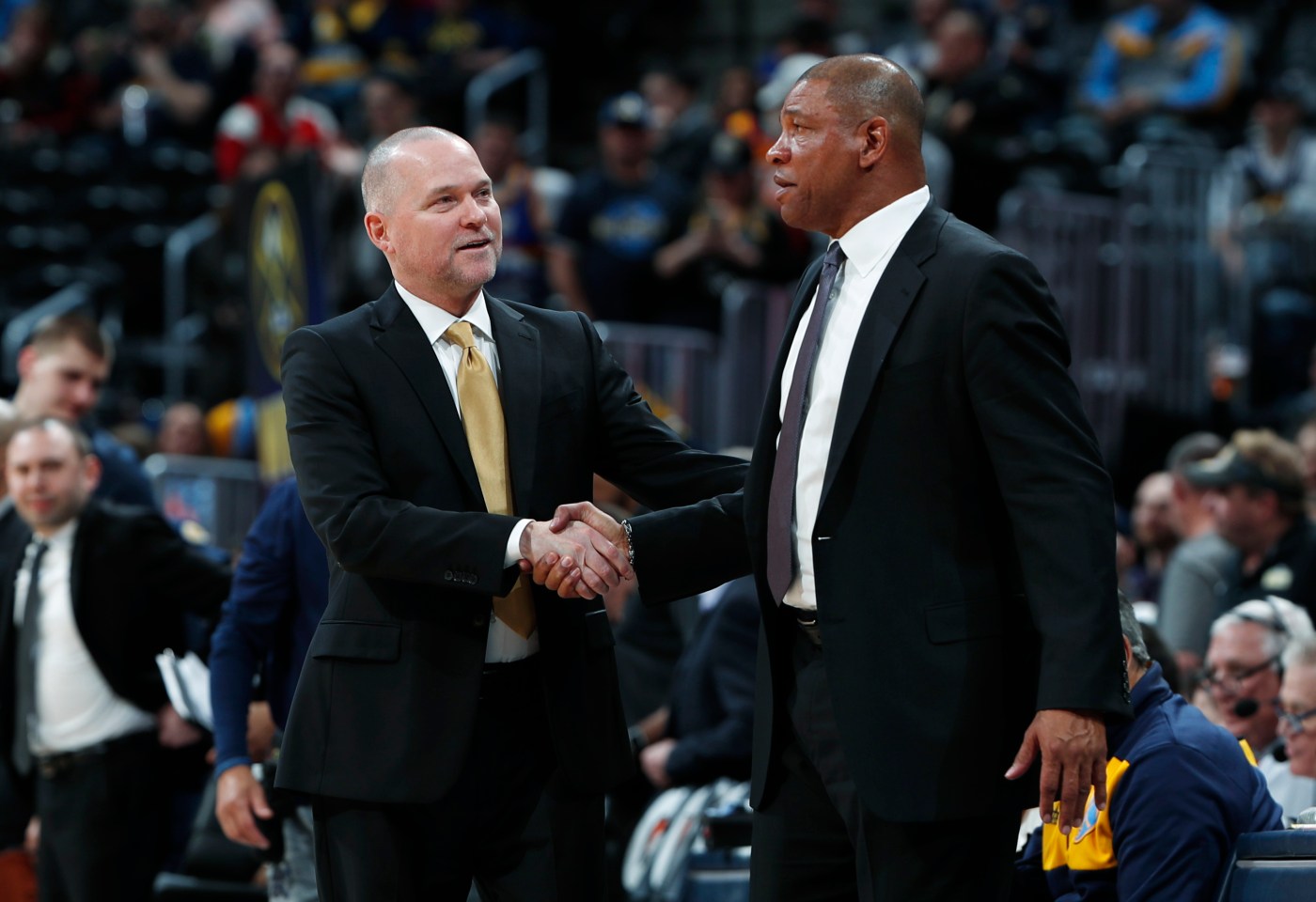 On the other, Michael Malone, coaching his 25th.

Malone — 12-12 in the postseason entering Game 4 in the Western Conference semifinal series — said he’s come to appreciate the intense rigor of playoff basketball.

“It’s the level of competition,” said Malone, whose Nuggets bowed out in the conference semifinals last season, his first taste of the playoffs as a head coach. “Obviously, the further you advance in each playoff round, you’re playing against really good teams. During the 82-game season, 29 other teams, you’re not going to be playing the level of competition that you may play each game in the playoffs.”

That’s why attention to detail is paramount, said Rivers, who’s in the midst of coaching in his 16th postseason, after playing in 10 of them.

“For us, single possessions for 48 minutes, the more realistic we can do that, the better chance we have of winning games.”

That’s perspective that Malone can appreciate, he said.

“It’s a heck of a challenge and I hope I can coach as many playoff games as Doc because that means I’m able to do this for a long time.”

Clippers forward JaMychal Green appeared to hurt his knee in the fourth quarter of the Clippers’ victory Monday, leaving the floor with 10:54 remaining. The Clippers said he was cleared to return, though he didn’t.

Before Game 4, Rivers was vague about the extent of the issue, except to say that he expected the Clippers’ valuable contributor off the bench — 5.9 points on 55.3% shooting, to go with 4.0 rebounds per game entering Wednesday — to be in the thick of the action, as usual.

“I don’t know if anyone is feeling 100% at this point in the playoffs,” Rivers said. “So I think that is the best way to answer it. I think all of us, Mike Malone, myself even, have our own bumps and bruises right now. It’s the playoffs.

“JaMychal is a tough guy and obviously he’s going to give it a go.”

Many of the Clippers’ players have welcomed family members into the bubble in Lake Buena Vista, Fla., in the past week — lending a tiny slice of normalcy to the absolutely abnormal setting.