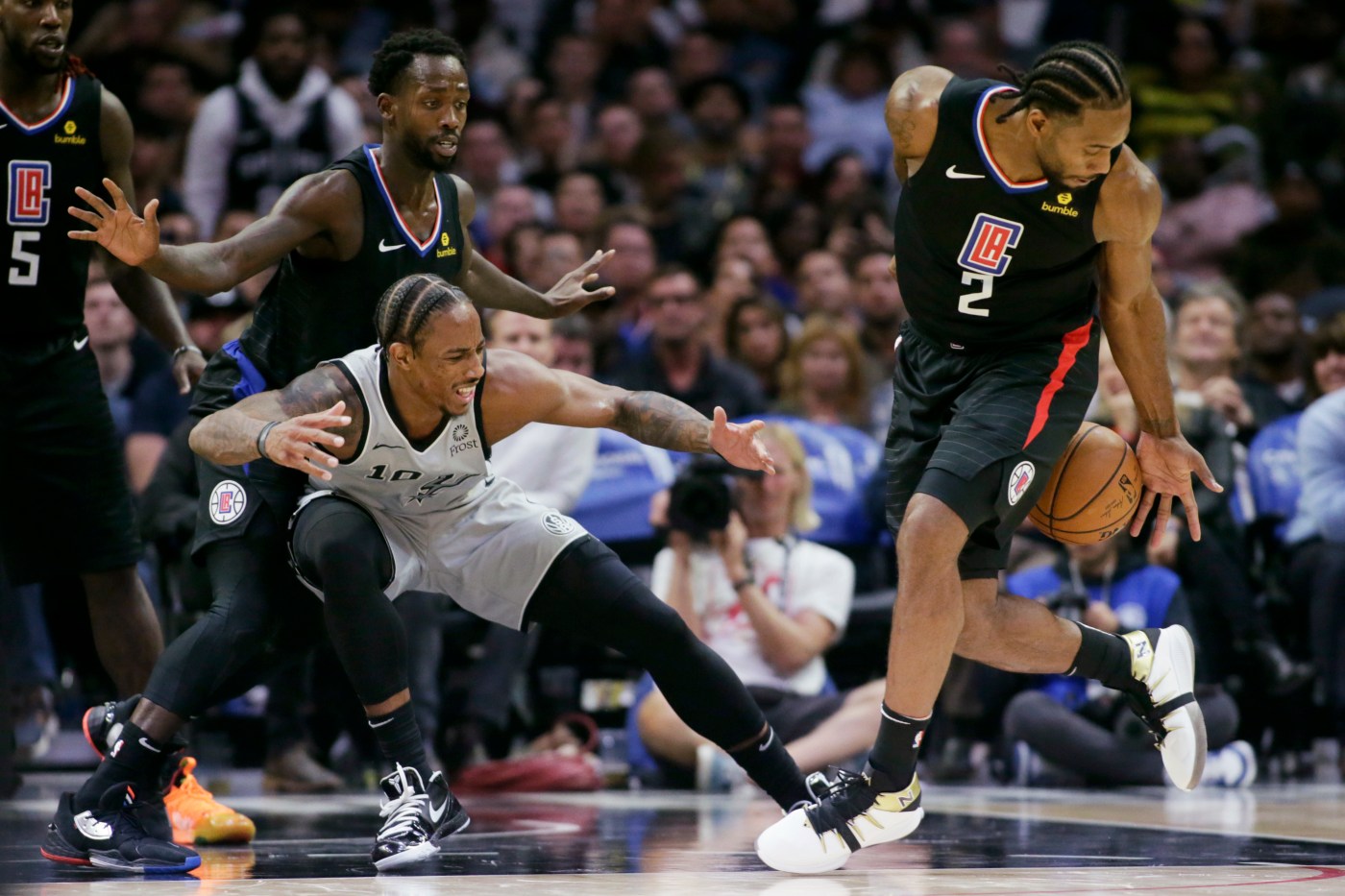 The votes are in and the Clippers had two of the top 10 defenders in the league this regular season: Kawhi Leonard and Patrick Beverley both were named to the 2019-20 NBA All-Defensive second team, the league announced Tuesday.

Milwaukee Bucks forward Giannis Antetokounmpo was named the NBA Defensive Player of the Year, leading the All-Defensive First Team, as voted on by a global panel of 100 sportswriters and broadcasters.

Leonard, a 6-foot-7 do-everything wing, led the Clippers with 1.8 steals and 6.3 defensive rebounds per game through March 11, when the regular season was suspended because of the coronavirus. Voters didn’t take into account seeding games.

Beverley, the Clippers’ fiery 6-1 guard, pulled down 4.2 defensive rebounds per game, averaged 1.1 steals and had a defensive rating of 104.0.

Last week, the Clippers’ reserve center Montrezl Harrell was awarded the Sixth Man of the Year award for the first time, marking the fifth time in seven seasons a Clipper has won that award.

All out effort. All game long.

The best plays from @patbev21 on the defensive end this season. pic.twitter.com/mIhMIPrBlu

A couple of weeks after the teams in the bubble went on strike in protest over police abuse and racism in America, play has resumed, but question-and-answer sessions with reporters continue to include regular discussion on important relevant issues.

Denver coach Michael Malone often wears a T-shirt to his virtual scrums that reads: “Justice For Elijah McClain,” in reference to the 23-year-old Black man who died last August after a violent arrest by police in Aurora, Colo.

And Clippers coach Doc Rivers — who often wears masks or ball caps with “vote” written on them — continues to offer poignant reflections, including delivering a thoughtful answer before practice Tuesday, when he was asked his thoughts about education of Black history in America.

The 58-year-old coach considered his own schooling in Illinois, saying, in part, “We sang Dixie songs in high school, in grade school, and we almost celebrated slavery, like it was a cool thing.

“Think about it,” Rivers continued, “Black kids singing songs about picking cotton, how absurd that is when you think about it? Now, as a kid I never thought anything of it. Thought …read more

They said it: A blowout blowup