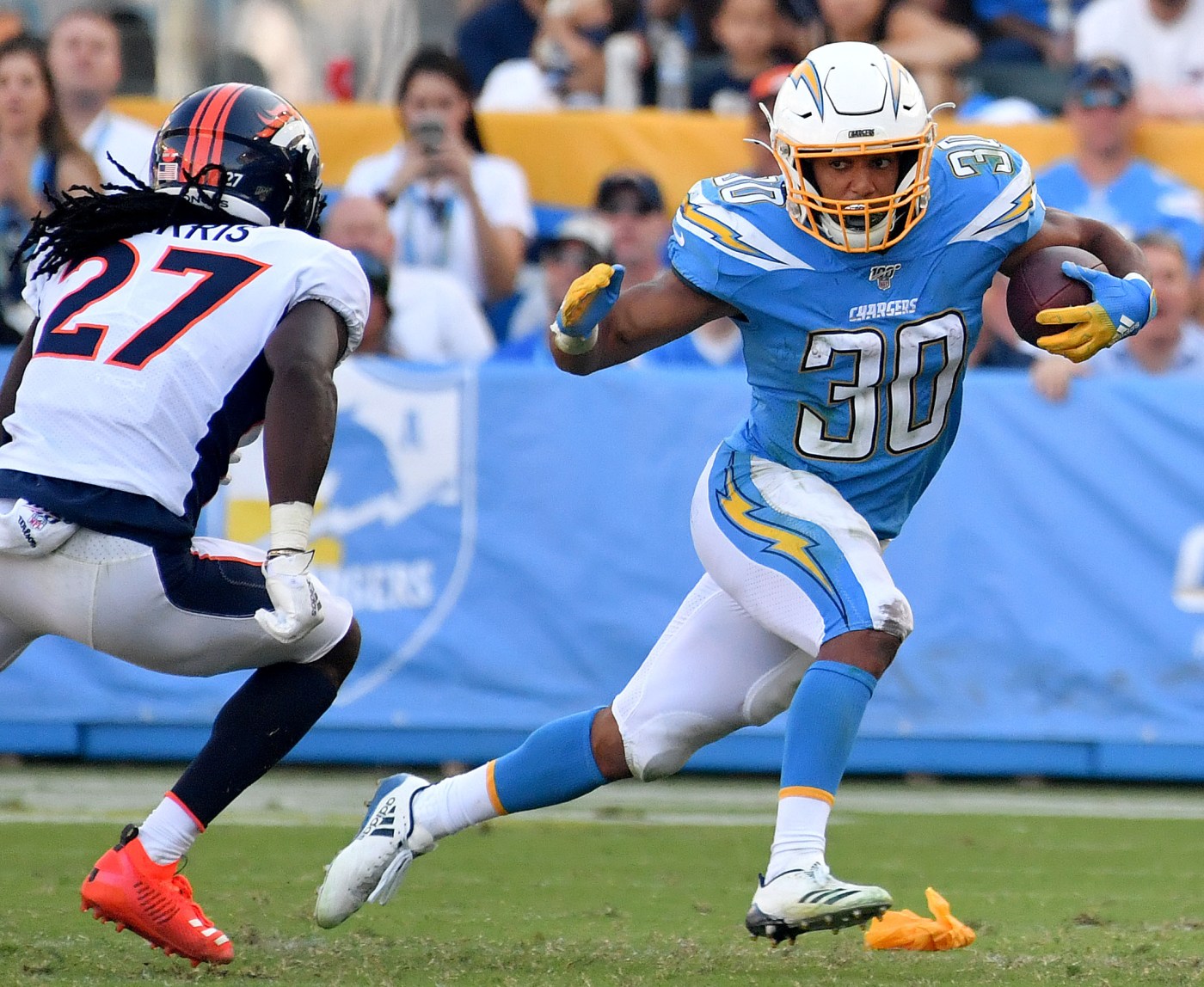 And so if you are unprepared, or discombobulated, or otherwise nonplussed by the sudden return of pro football to our TV screens, don’t feel bad. I suspect you have company.

The return of America’s Most Self Absorbed Sport came Thursday, actually, when the defending Super Bowl champion Kansas City Chiefs began their season against … wait, who were they playing, again? Oh, right. Houston.

Sunday afternoon the Chargers begin life without Philip Rivers, weird as that might still seem, in Cincinnati. They haven’t yet turned over the keys to their highly-drafted rookie quarterback, Justin Herbert, while the Bengals are all in with Joe Burrow. There may be a message there but it won’t be clear until 4:30 or so, if then.

And later Sunday evening, when the Rams play the Cowboys, will be an occasion that has been eagerly awaited in Southern California since, oh, 1990 or so, when the Georgia Frontiere Rams first started making noises about Anaheim Stadium’s inadequacy. After untold numbers of L.A. stadium concepts and blueprints and grand plans that never quite came to fruition, Inglewood’s SoFi Stadium represents the next generation of North American sports stadia.

Or, conversely, it may represent the last edifice of the last generation of North American sports stadia.

It was conceived at a time when 70,000 fans in one place seemed normal and 100,000 seemed attainable. It will open in an environment in which fans won’t be allowed in for a while, and in what may be the beginning of an era when the number of people actually willing to sit in a stadium for 3 1/2 hours shrinks considerably. In years to come, post-pandemic, 70,000 seats might be way too many.

Dodgers’ Corey Seager feeling ‘strong again,’ and his quality of contact has been a big hit

The timing is lousy, but who knew?

“Until there is a vaccine people are not going to be going to events in the same kind of numbers,” said Gil Fried, chair of the sports management department in the college of business at the University of New Haven, in a phone conversation earlier this year. “And even after the vaccine I think the dynamics will change.

“I just think it’s at a certain point, just like going to a movie and how much it costs to go to a movie, and how people are saying, ‘Hey, I could stream it and watch it at home.’ It’s not the same thing, but for a lot of people, except for the biggest movies on the big screen, they are embracing that as the new norm.”

That may be the biggest conundrum to come out of this summer of sports. Out of necessity, our games have become made-for-TV spectacles. When fans are allowed back in, will even that dazzling new Oculus board make up for the convenience to which we’ve grown accustomed, watching from your living room in hi-def with no line for snacks or the …read more

Bernie Sanders: Biden win in November is no ‘slam dunk’