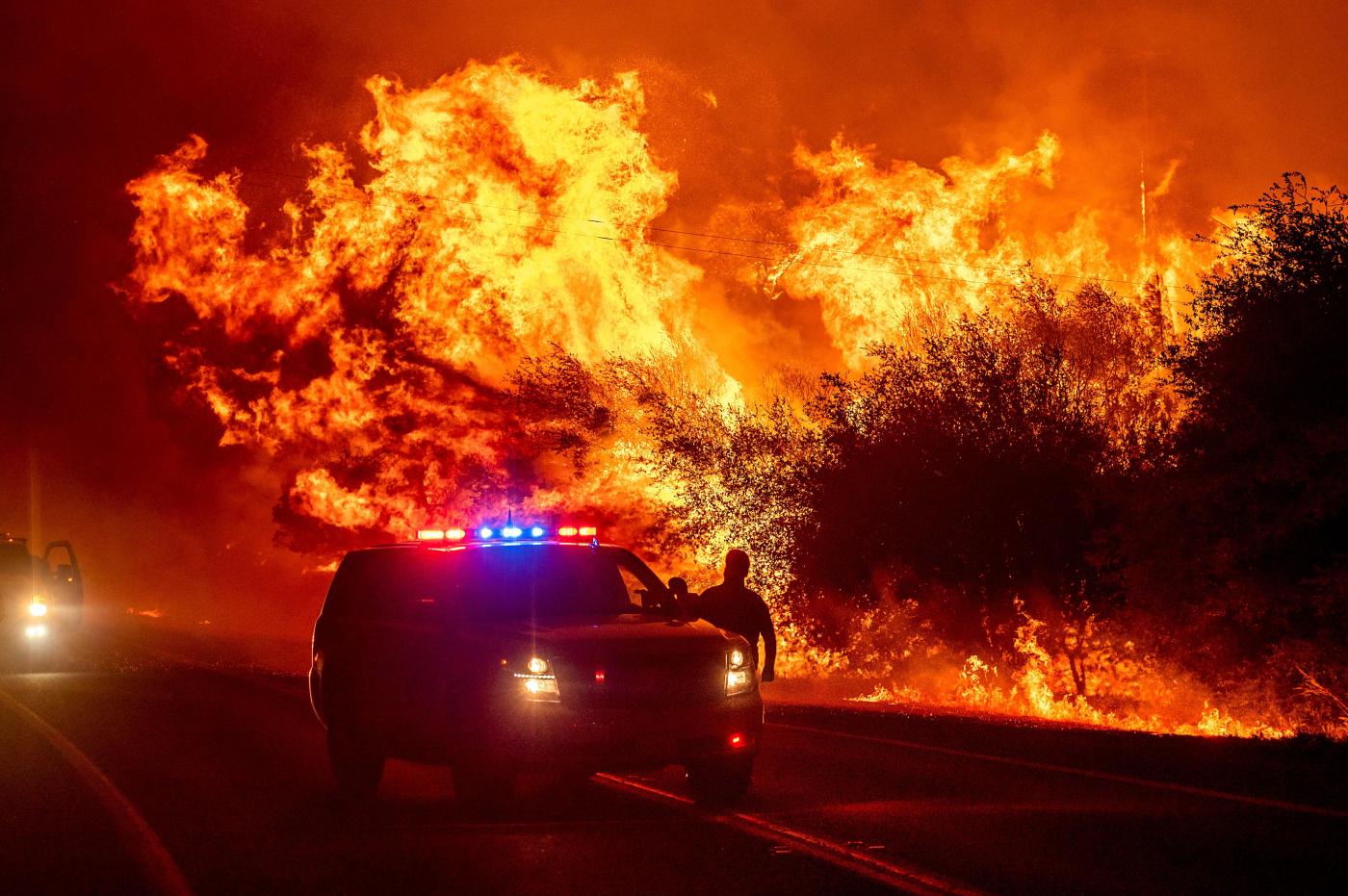 By TERENCE CHEA and BRIAN MELLEY

OROVILLE, Calilf. — Three people have died in a Northern California wildfire that has forced thousands from their homes, authorities said Wednesday.

Two people were found dead in one location and a third person was discovered elsewhere, Butte County Sheriff Kory Honea announced. He didn’t provide details but California Highway Patrol Officer Ben Draper tells the Bay Area News Group that one person was found in a car and apparently had been trying to escape the flames.

Hundreds of homes and other buildings are believed to have been damaged or destroyed, fire officials said at an evening news conference.

The fire even threatened the town of Paradise that was devastated just two years ago by the deadliest blaze in state history, causing a panic that led to a traffic jam as residents tried to escape.

The North Complex fire was one of more than two dozen in the state, including three of the five largest ever as wildfires burned across parts of the West amid gusty, dry conditions. Forecasters said some weather relief was in sight that could help firefighters overwhelmed by the blazes.

In Washington, more acres burned in a single day than firefighters usually see all year. Fires also forced people to flee homes in Oregon and Idaho. A blast of polar air helped slow wildfires in Colorado and Montana.

Since the middle of August, fires in California have killed eight people, destroyed more than 3,600 structures, burned old growth redwoods, charred chaparral and forced evacuations in communities near the coast, in wine country and along the Sierra Nevada.

They said it: Surreal fire weather