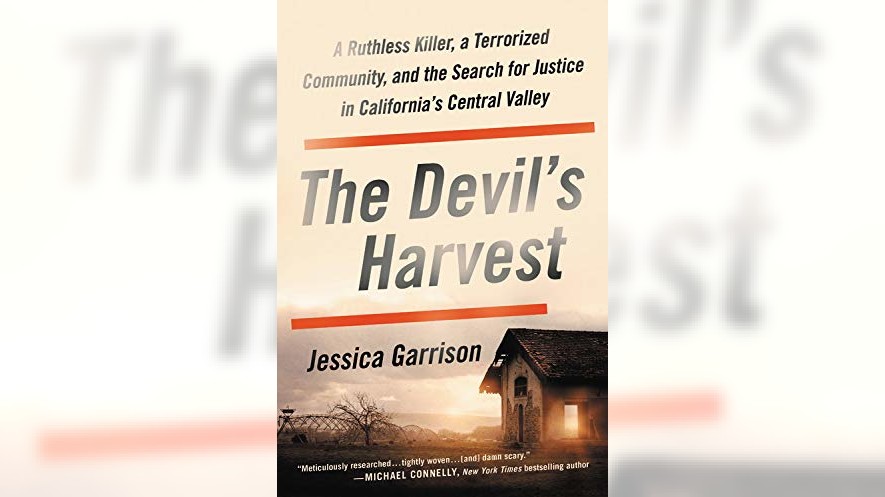 Jose Manuel Martínez was born and raised in California and blended in easily among the farm laborers of California’s San Joaquin Valley where he lived a modest and unassuming life. But in stark contrast to the adoring and dedicated family man he appeared to be, there was an evil flipside that allowed him to pursue a frightening line of work as a hitman and enforcer for a Mexican drug cartel—a wicked profession that he carried out with such precision and technique that he went undetected for decades and claimed the lives of dozens of victims.

Martinez tracked one victim to one of the wealthiest corners of America, a horse ranch in Santa Barbara, and shot him dead, setting off a decades-long manhunt. He shot another man, a farmer right in front of his young wife as they drove to work in the fields. The widow would wait decades for justice. Those were murders for hire. Others he killed for vengeance.

“The Devil’s Harvest” by Jessica Garrison is a captivating true crime story of unbelievable terror that shockingly spanned nearly four decades in California’s central coast and valley. Garrison is an investigative editor for Buzzfeed News and spent more than a decade as a reporter at the Los Angeles Times. This is her debut nonfiction work.

Garrison asked Martinez why he had murdered so many people and how he had gotten away with it for so long? How he could “kill without remorse” and sometimes “even relish” it, while at the same time be so kind and generous with his own family. Martinez “paused for a moment, and then he laughed ruefully. It’s a long story.”

In June 2013, Martinez was arrested for the murder of Jose Ruiz and eventually confessed to killing three dozen people in a murderous crime spree that crisscrossed numerous states between 1980 and 2011. In California, he pleaded guilty to nine counts of murder and was sentenced to life in prison and received similar sentences in other states. Most of his crimes were related for Mexican drug cartels, but he also killed out of revenge and pure anger. He claimed that all of his victims deserved to die because many of them had abused women or children.

So how did Jose Martinez manage to evade law enforcement for so long? According to Garrison, he was a sly, savvy character who knew how to circumvent a systemically prejudiced and often narrow-minded criminal justice system: If you killed the right people, people who were poor, non-white, and who didn’t have anyone to speak up for them, you could literally get away with murder. Well, almost get away with murder.

“The Devil’s Harvest” is a must-read for any true-crime aficionado and is a story that desperately needed to be told. It is well-researched and detailed—a riveting in-depth narrative that explores the complexities and failures of the criminal justice system. Jose Martinez murdered without consequence for decades. He left a trail of death and devastation within the migrant farm communities …read more

Tiny Rubik’s Cube goes on sale in Japan for anniversary