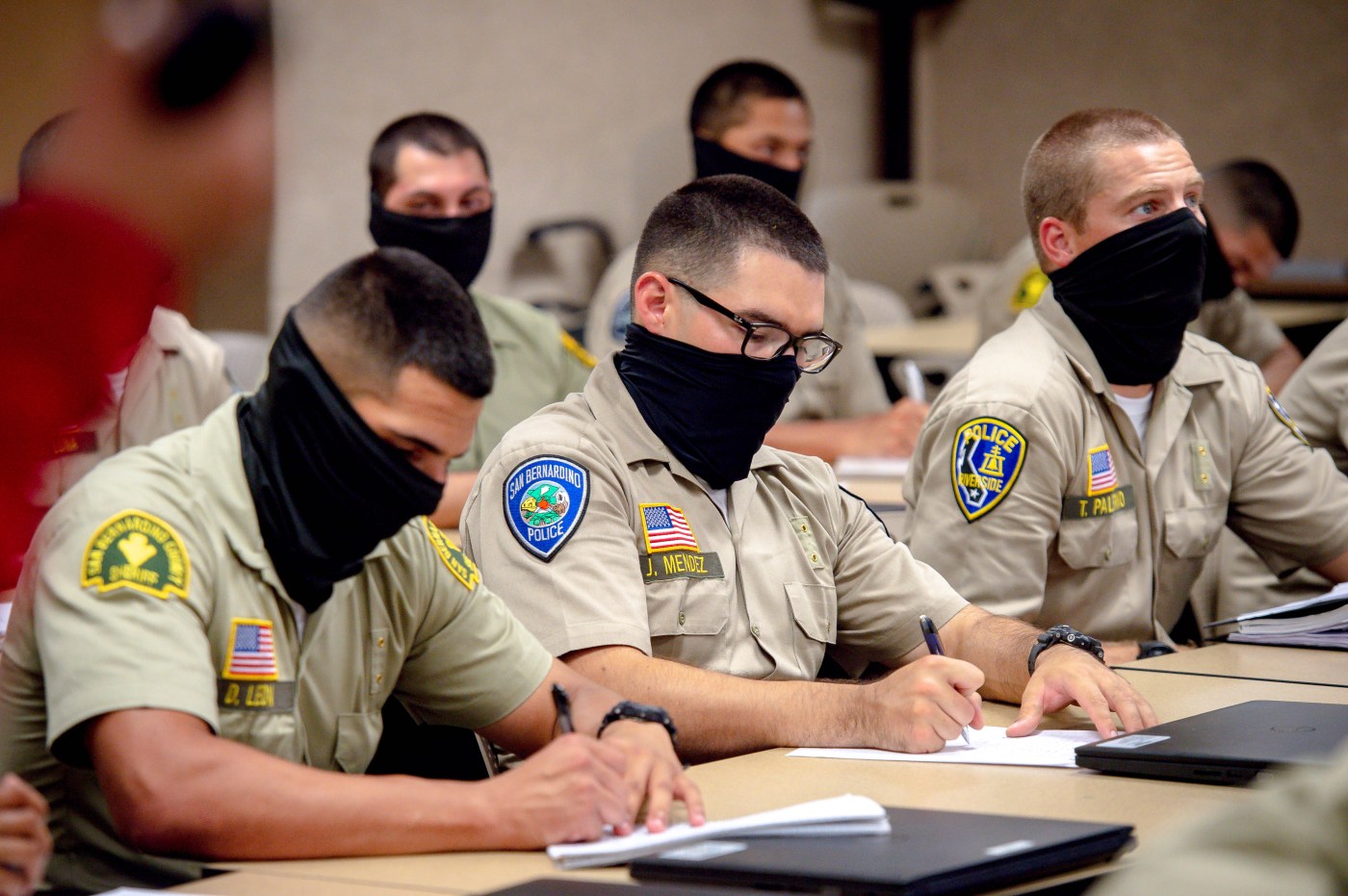 The much-publicized rationale behind wearing a face mask is to protect others from your sprayed droplets.

There’s now another good reason: That mask may help you, too.

If you’re accidentally infected through the mask, the face coverings can still reduce your risk of falling seriously ill from COVID-19, according to a theory proposed by Dr. Monica Gandhi and Dr. George Rutherford, infectious disease specialists at UC San Francisco.

“Masks cut down the amount of viral particles flying around — so if you’re infected, you’ll get a lower dose and less severe symptoms,” said Rutherford. Their paper is published in Tuesday’s issue of the New England Journal of Medicine.

It’s a provocative thought during this time of mask fatigue, as summer heat sends rivulets of sweat down our fabric-covered faces.

Studies show that masks may not filter out all droplets —  a mask’s filtering capacity is determined by its type — and it’s still possible for the virus to sneak through, but at a lower dose than for someone not wearing a mask at all.

This reduced exposure may influence how sick you get, because the immune system can quell a small number of viral particles before they multiply.

Descriptions of a “dose-mortality curve” – how much of a virus is needed to cause death in an animal – were first published in 1938, according to Gandhi.

During the early days of smallpox epidemics, doctors protected people with the crude practice of “variolation” — inoculating them with material taken from a vesicle of a sick person with smallpox, with the goal of causing only a mild infection and subsequent immunity.

Miss Manners: I don’t know why my friend is snubbing me on social media

In a flu study, healthy volunteers who received a higher dose of the influenza A virus developed more severe symptoms.

Because the COVID-19 virus is so deadly, it’s unethical to conduct similar experiments in humans. But an animal study was revealing; hamsters who lived in mask-shrouded cages were less likely to be infected – and if they were infected, showed fewer symptoms than unmasked hamsters.

Gandhi and Rutherford also point to compelling trends in epidemiology.

The typical rate of asymptomatic infection with the COVID-19 virus is estimated to be 40% by the U.S. Centers for Disease Control.

But in an outbreak on a closed Argentinean cruise ship, for example, where passengers were provided with surgical masks and staff with N95 masks, 81% of infected people never developed symptoms. That compares to 18% of unmasked passengers who became infected on last February’s Diamond Princess cruise ship docked in Yokohama, Japan.

In two recent outbreaks in U.S. food-processing plants – an Oregon seafood processing plant and an Arkansas chicken processing plant — all workers were issued masks each day and were required to wear them. The proportion of asymptomatic infections among the more than 500 people who became infected was 95%, with only 5% in each outbreak experiencing mild-to-moderate symptoms.

Gandhi and Rutherford also note that in countries where mask wearing was already commonplace or quickly embraced, such as Japan, Taiwan, Thailand, South Korea, Singapore and the Czech Republic, rates of severe illness and death have …read more

Latest line: A good week for Connerly, bad one for Daimler

Meri Brown Demands Privacy: This is MY Life, Okay?!?