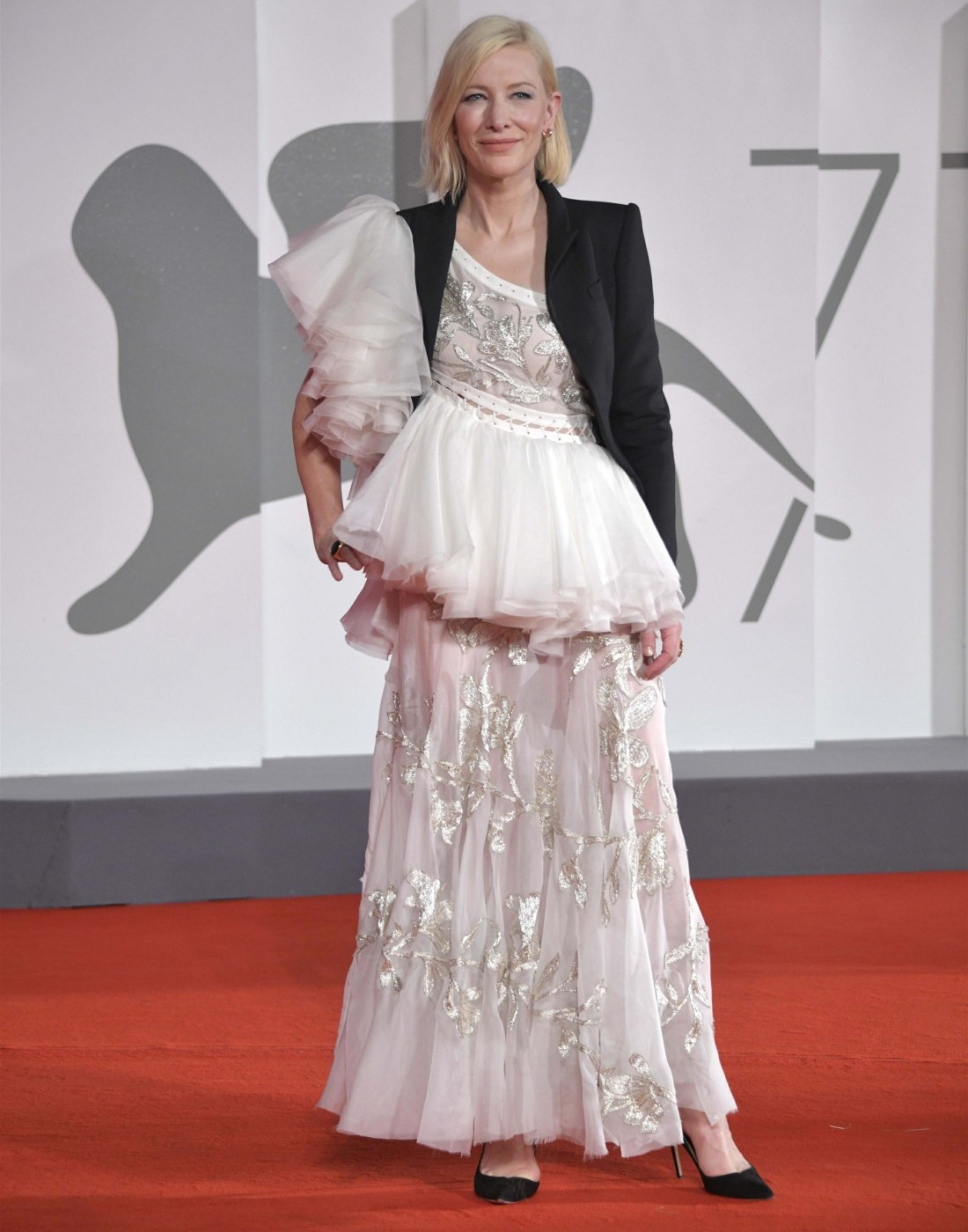 I thought the Venice Film Festival was winding down, but it’s not over until the 12th (Saturday). I believed we were seeing the final night’s activities because of Cate Blanchett’s fashion choice last night – she wore this Alexander McQueen look for two red carpets, the premiere of Di Yi Lu Xiang and the presentation of the Golden Lion Award for Lifetime Achievement. It was the WRONG look to wear for a big night, huh?

Cate actually does this every so often – I feel like she’s asking if we’re paying attention. She’ll wear some hideous dress which no one could pull off and often, the dress looks like someone pulled two of the ugliest looks and sewed them together. So it is here – a giant asymmetrical peplum, half a blazer, a struggle sleeve-ruffle. My God.

I missed covering these two “casual Cate” looks where she was just hanging around the festival during the day. She wore a Triple RRR jumpsuit which… is not cute, but I mostly hate the sneakers. She also wore some PJs, I guess.

Here’s Nathalie Emmanuel in MiuMiu – even though I think she’s underdressed, I kind of like it. Mostly because I love her and her vivacity makes this ensemble really cute.

And here’s Polina Pushkareva in a dress I wish I could fix – the skirt should be black, and then the whole look would greatly improve, right?

(Visited 1 times, 1 visits today)
SHARES
ShareTweet
Zendaya: ‘I have always hesitated to use the word ‘activist’ for myself’