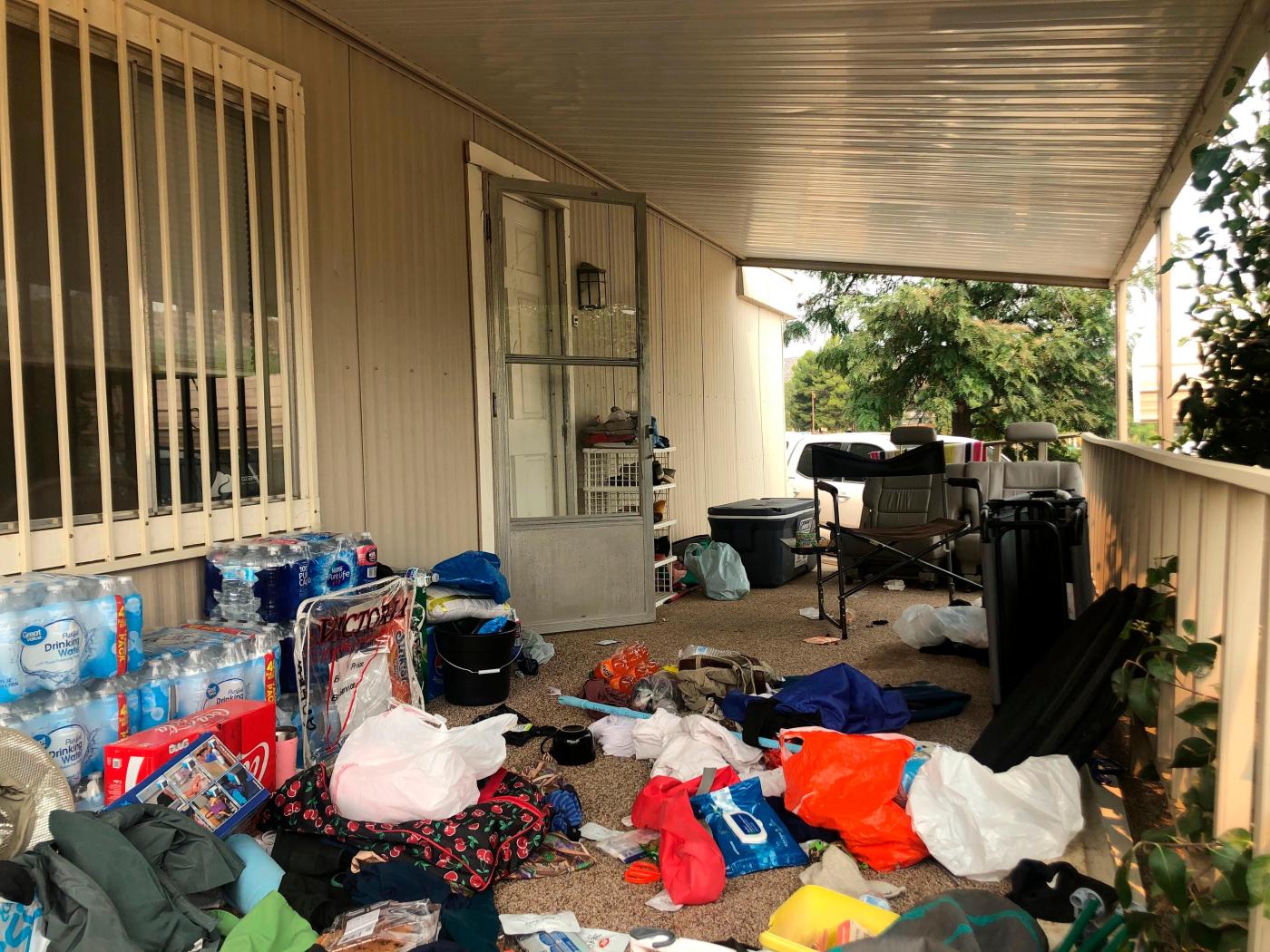 By ELLIOT SPAGAT and MICHAEL R. BLOOD | The Associated Press

More than 20 people lived on the property, which had several makeshift dwellings, a nursery and vehicles used in production, Riverside County Sheriff Chad Bianco said. Marijuana was processed to honey oil, a highly potent concentrate made by extracting the high-inducing chemical THC from cannabis.

All seven victims and witnesses were Laotian, Bianco said. Six people were found dead on the property, and a woman who was shot there died later at a hospital.

“This was not a small operation,” Bianco said. “This is a very organized-crime type of an operation.”

Illegal grows are common in and around Aguanga, a single stop-sign town of about 2,000 people north of San Diego with horse ranches along dirt roads. Still, the scale of the Labor Day massacre stunned residents and showed how violence permeates California’s illegal marijuana market.

The state broadly legalized recreational marijuana sales in January 2018. But the illicit market is thriving — in part because hefty legal marijuana taxes send consumers looking for better deals in the illegal economy.

Before dawn Monday, Riverside County sheriff’s deputies responded to a 911 call of an assault with a deadly weapon and shots fired at the Aguanga home.

Despite there being no arrests or identified suspects, the sheriff’s statement called the deaths “an isolated incident” that did not threaten people in Aguanga.

Partially eaten pizza sat in boxes in a circular dirt driveway of the dilapidated two-bedroom house where the shootings occurred. Three cars were parked outside — one with its front doors open.

Cases of bottled water were stacked on the front porch, which was strewn with clothing and plastic bags. A black tarp was stretched atop poles in the fenced backyard, indicating a small growing operation. Unlike many neighboring homes, it had neither a gate nor a “no trespassing” sign at the entrance.

Reached by phone, property owner Ronald McKay expressed surprise, saying he didn’t know a shooting had taken place at either of the rentals, a mobile home and the house.

He said he had tried to visit Monday to check on the well during the recent heat wave, but he was turned away by a deputy who wouldn’t tell him what was going on. He said he left his phone number, but authorities never called.

McKay said he didn’t know the tenants or their names — the rentals are handled by someone who works with him. But he said the home had been rented for three years and the mobile home for two without incident.

“I’m kind of unaware of anything right now,” McKay said. “For two and three years, they’ve been there — perfect. Never had an issue.”

Aguanga, with its post office, general store and real estate brokerage, is in an area dotted with vineyards and horse …read more