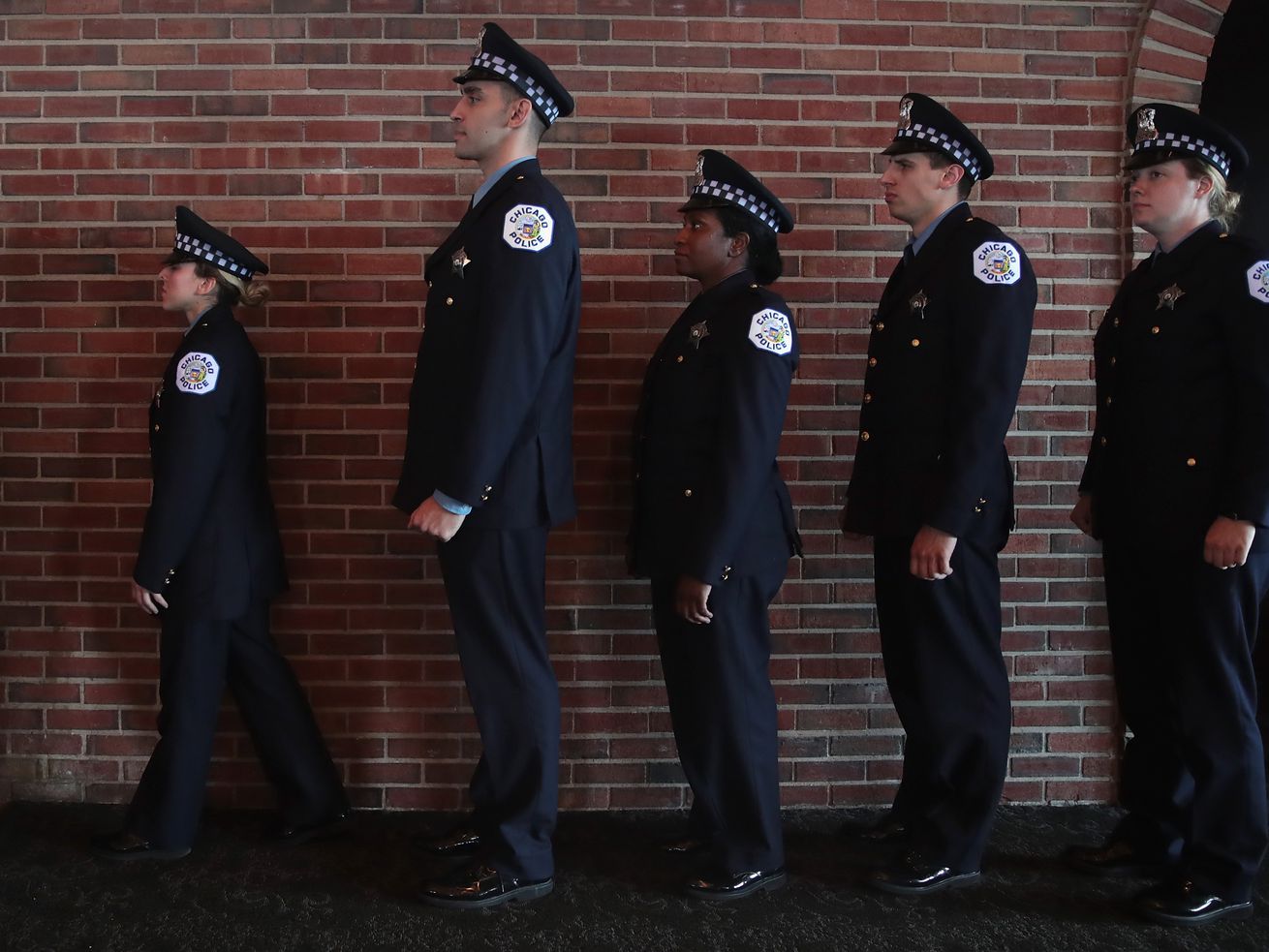 The Chicago City Council will vote Wednesday on an ordinance that would create a civilian oversight panel to oversee the Police Department. | Scott Olson, Getty

12-8 vote by Public Safety Committee moves the oversight panel to council floor some six years after it first was proposed.

City Council members Wednesday will vote on the creation of a civilian board to oversee the Chicago Police Department, a key plank of the reform agenda that swept Mayor Lori Lightfoot into office more than two years ago.

The council’s Committee on Public Safety on Tuesday voted 12-8 to move an ordinance creating both a system of elected councils that will collaborate with police leaders in each of the city’s 22 police districts, as well as a commission that will have the power to draft Police Department policy. In a key compromise, final authority on hiring and firing the police superintendent will remain in the hands of the mayor.

“What produces a better Police Department is better policies, and now we’re giving our civilians a voice in those policies,” said Public Safety Committee Chair Ald. Chris Taliaferro (29th) before calling the vote.

Creating a civilian oversight panel for police first was taken up in 2015, when a pair of ordinances to create the new body were brought forth amid public outcry after the release of video of a Chicago Police officer shooting 17-year-old Laquan McDonald 16 times.

The ordinance before the council Wednesday is the product of two years of wrangling between the mayor’s office, City Council and community groups that concluded late Sunday. The compromise reached this weekend comes as both sides were eager to hold a vote before the council’s August recess. The ordinance will get a vote from the full council Wednesday and is expected to get the required 34 votes to pass.

Ald. Nick Sposato (38th) continued this criticism of the oversight panel and said he would vote against it Wednesday, complaining that the department already has some 11 boards and outside agencies that can act on misconduct and that the ordinance draft was being rushed through.

The vote to move the ordinance out of the Public Safety Committee comes after several near-misses, as the mayor’s office sought to retain final say over the hiring and firing of the police superintendent— a reversal of her stance as candidate for mayor.

An ordinance to create a new oversight panel in 2015, in response to a recommendation by a blue-ribbon committee — chaired by Lightfoot, who was then head of the city’s Police Board — that investigated CPD’s operations following public uproar over video of officer Jason Van Dyke shooting of 17-year-old Laquan McDonald 16 times.

The ordinance establishes a seven-member commission that will recommend candidates for police superintendent, head of the Civilian Office of Police Accountability, which investigates officer misconduct, as well as members of the Police Board, which handles officer discipline.

The ordinance also will create elected positions for three-member councils in each of the city’s 22 police districts, which would advise district commanders and help improve …read more

Man charged in fatal shooting after crash on I-57

Labour MP on trial for ‘conning council out of £64,000 for social housing flat’