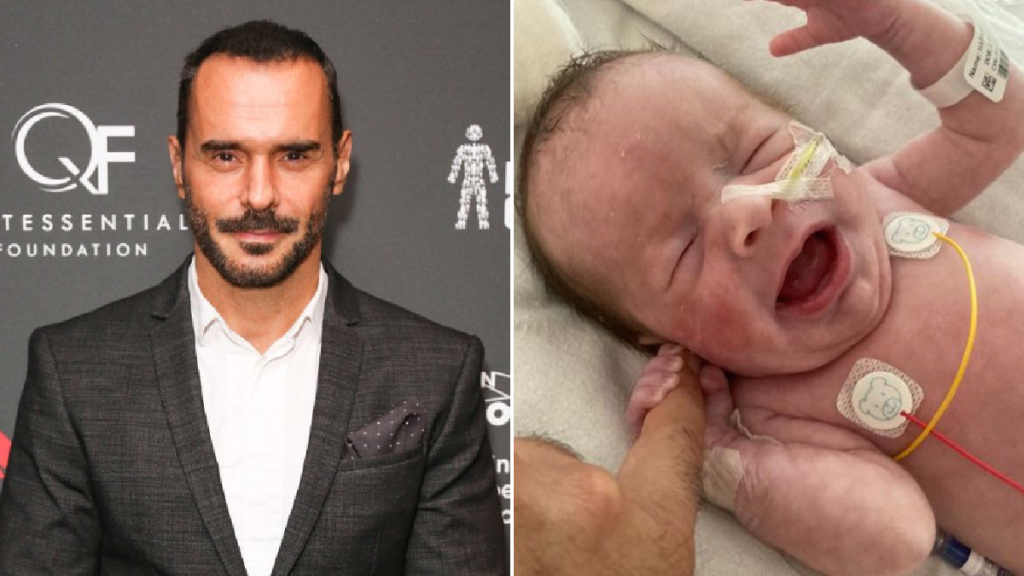 Michael Greco is praying with ‘all his heart’ for his newborn son ahead of one more ‘critical’ operation.

He shared at the time that Gianluca had been born with gastroschisis, a rare genetic disorder when the baby’s abdomen does not develop fully while in the womb.

Gianluca had undergone an operation to correct it, but Michael, who played Beppe Di Marco on the BBC One soap, has revealed that he’s set to undergo another ‘critical’ one, which he hopes will allow his son to live a normal life.

‘Daddy,Daddy. What’s the name of that song you love?…It’s on the tip of my tongue… Oh yes, I know….. NESSUN DORMAAAAAAAA……,’ he said on Instagram.

‘My beautiful and brave son, Gianluca, hopefully has one more critical operation before he can start to try and live a normal, healthy life.

‘I’m not the most religious of people but I am praying with all my heart that my absolute world will pull through like the true fighter he has already shown to be.

Michael revealed the birth of Gianluca to his followers earlier this month.

He shared a picture of him sweetly stroking the baby’s head, with tubes visible in the child’s nose and mouth, writing: ‘My boy… Gianluca Greco. Born July 1st 2021. Weighing 4.47lbs.

‘The little man was born prematurely due to the fact that previous scans had failed to pick up his rare birth defect called Gastroschisis.

‘The consultant suggested it was best for him to born early so that he could get the necessary care and attention.

‘‘He was born at University College of London Hospital @uclh Their staff were extremely professional and Mother and Baby could not have been in better hands. Dad was a “tad” emotional to say the least!’