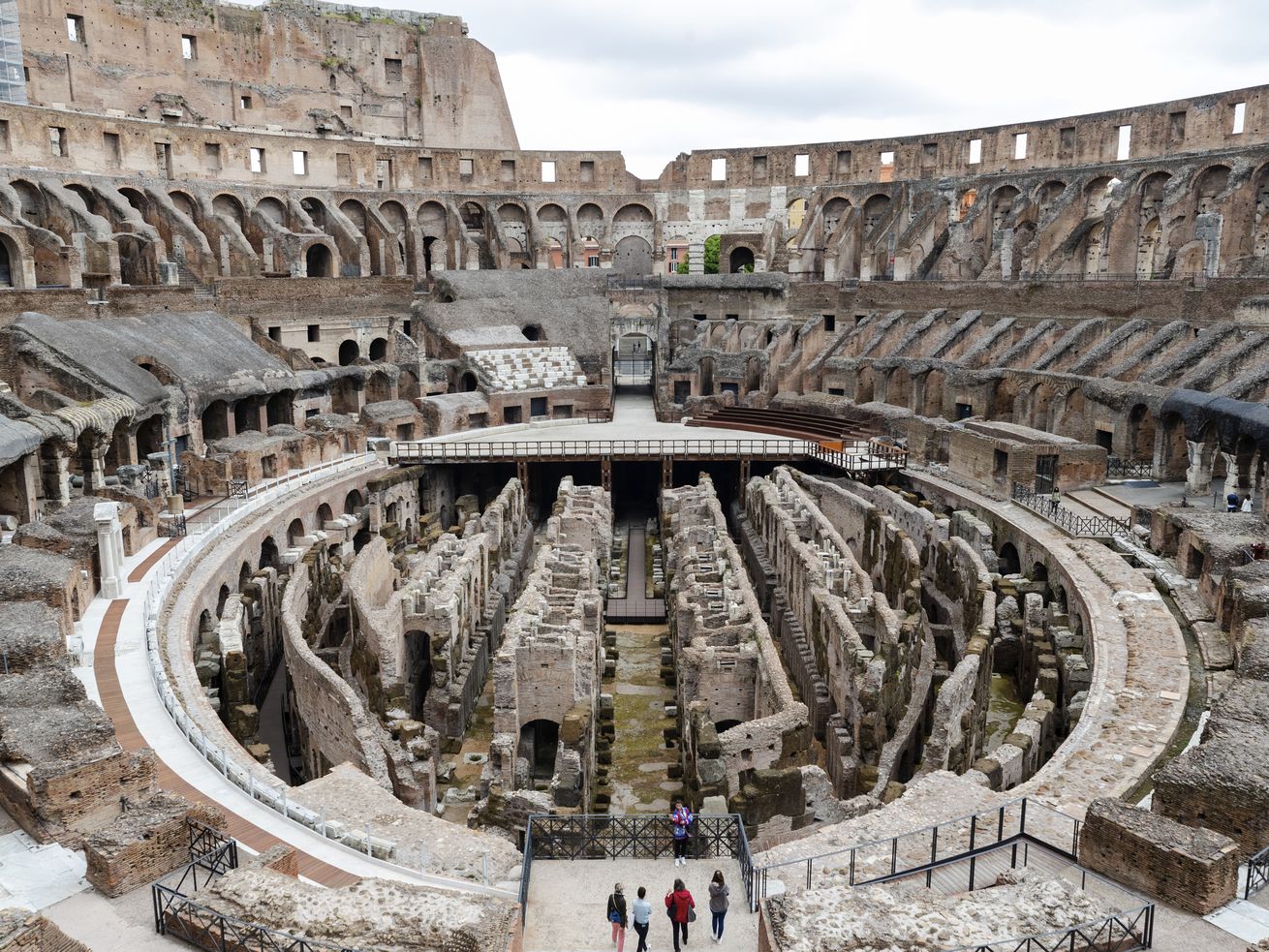 In this April 26, 2021 file photo, a few visitors arrive for their tour of the ancient Colosseum, in Rome. | AP

A $22 million contract to build and install a retractable structure that will restore the traditional “arena,” or stage for combat for gladiatorial shows in ancient Rome, was announced Sunday.

ROME— A project to build a high-tech, lightweight stage inside the Roman Colosseum will allow visitors a central viewpoint from within the ancient structure “to see the majesty of the monument,” Italy’s culture minister said Sunday.

Dario Franceschini announced a $22 million contract to build and install the retractable structure that will restore the traditional “arena,” or stage for combat for gladiatorial shows in ancient Rome.

The stage was original to the first-century amphitheater and existed until the 1800s when it was removed for archaeological digs on the subterranean levels of the ancient structure, Franceschini said.

The project should be completed by 2023. The mobile system will be able to quickly cover or uncover the underground structures below, to both protect them from rain or allow them to be aired out. The project is reversible, meaning it can be removed if plans for the Colosseum change in the future.

The new stage will allow visitors to stand in the center and view the Colosseum’s vaulted walls as they would have been seen by gladiators in ancient Rome. It also will permit the staging of cultural events that are respectful of the Colosseum as a symbol of Italy, Franceschini said.

The Colosseum reopened to the public last week after a 41-day closure because of rolling pandemic restrictions. Officials have set up a one-way itinerary as part of safety measures, and visitors are limited to 1,260 a day, compared with as many as 25,000 a day in 2019, pre-pandemic.