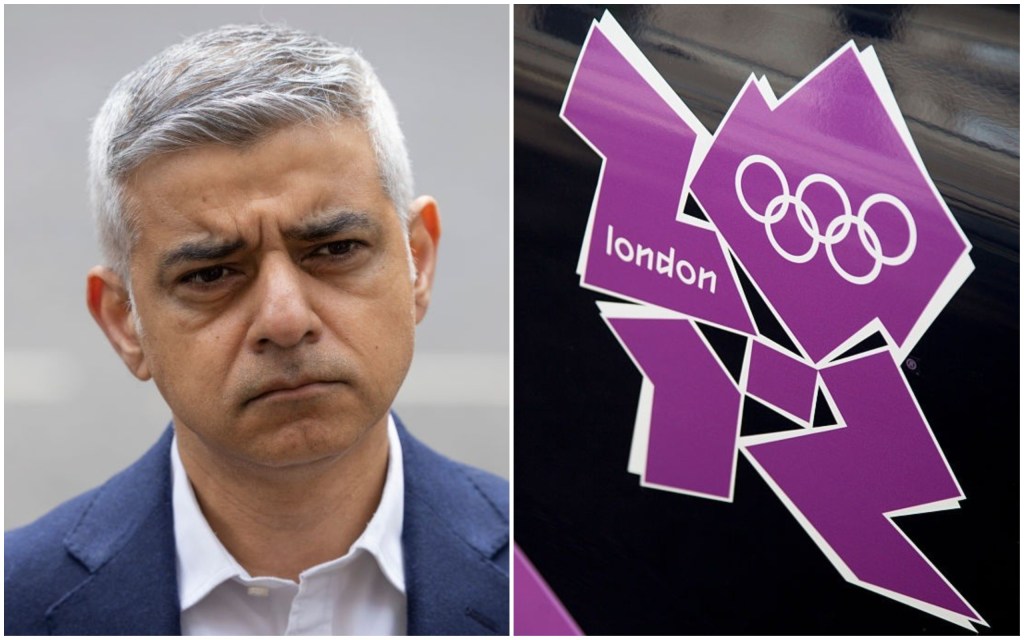 Sadiq Khan wants to bring the Olympics back to London (Getty)

Sadiq Khan is aiming to bring back the Olympic and Paralympic Games to London if he is re-elected as the capital’s mayor.

Khan, who has been the Mayor of London since 2016, has said he is exploring the possibility of the capital hosting the Olympics once again in 2036 or 2040.

If London were to win the bid, it would be the first city to host four summer games in the modern Olympic era.

‘Exploring a bid for the 2036 or 2040 Olympic and Paralympic Games is the ultimate demonstration of my plan to build a brighter future for London after the pandemic,’ said Khan.

‘Not only would future London Olympics bring the world’s finest sportsmen and women to London, it would help fast track much needed green infrastructure projects such as Crossrail 2 and the Bakerloo Line extension, bringing with them long term jobs and investment.

‘My ambition is for London to host the most sustainable games ever, showcasing the Green New Deal for London with investment in low carbon projects, action to clean up London’s air and showcasing the city’s status as the world’s first national park city to huge amounts of international tourists.’

Khan has also said that sustainability would be a key feature in any potential bid with existing venues and facilities to be used ‘where appropriate’.

The Olympic Stadium, which was built for the 2012 games in Stratford, London, has cost in excess of £750 million.

Bill Gates and Melinda to divorce: ‘We no longer believe we can grow together’

Following the Olympics in 2012, the stadium was converted from an athletics arena into a multi-use venue, primarily to provide a new home for West Ham, who pay £2.5m per year in rent.

The London 2012 Olympics and Paralympics cost £8.77 billion, while the UK economy saw a £9.9bn boost in trade and investment from hosting the games.

EastEnders spoilers: Callum Highway’s grandma Violet arrives and gets off on a bad foot with Ben Mitchell