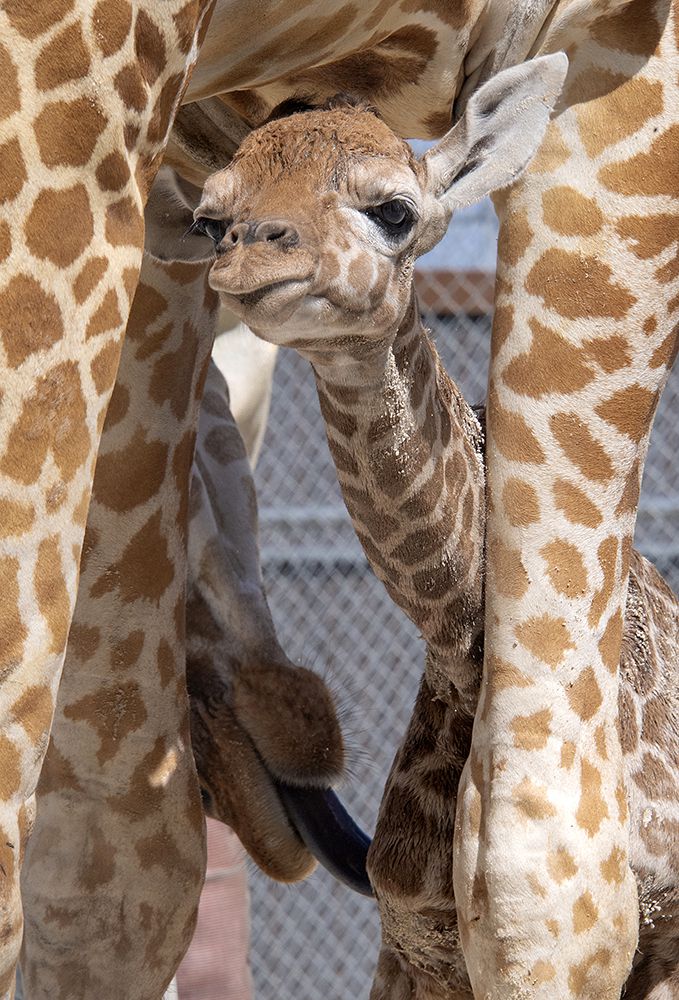 A male giraffe has been doing his part to promote Zoo Miami’s breeding program, with two of his long-legged babies born in the last few days.

After a weekend of mother-and-child bonding, a male calf born to 14-year-old Mia made his debut on Monday, three days after the 181 pound (82 kilograms) giraffe’s birth, the zoo announced in a news release. He was the 54th giraffe born at the Miami zoo.

It didn’t take long for the 55th baby giraffe to make an entrance. On Monday, 6-year-old Zuri gave birth to a female calf weighing 119 pounds (54 kilograms), zoo officials said. Zuri and the calf are expected to rejoin the herd as early as Wednesday.

The two calves, still unnamed, are the first offspring of 4-year-old father Malcolm, the zoo said.

The risk to giraffe populations in the wild has recently been elevated from a “species of least concern” to “vulnerable” by the International Union for the Conservation of Nature due to significant reductions in their populations over the last several years, the zoo’s statement said.

‘Somebody knows something’: Jacksonville family seeks answers in shooting death of 20-year-old