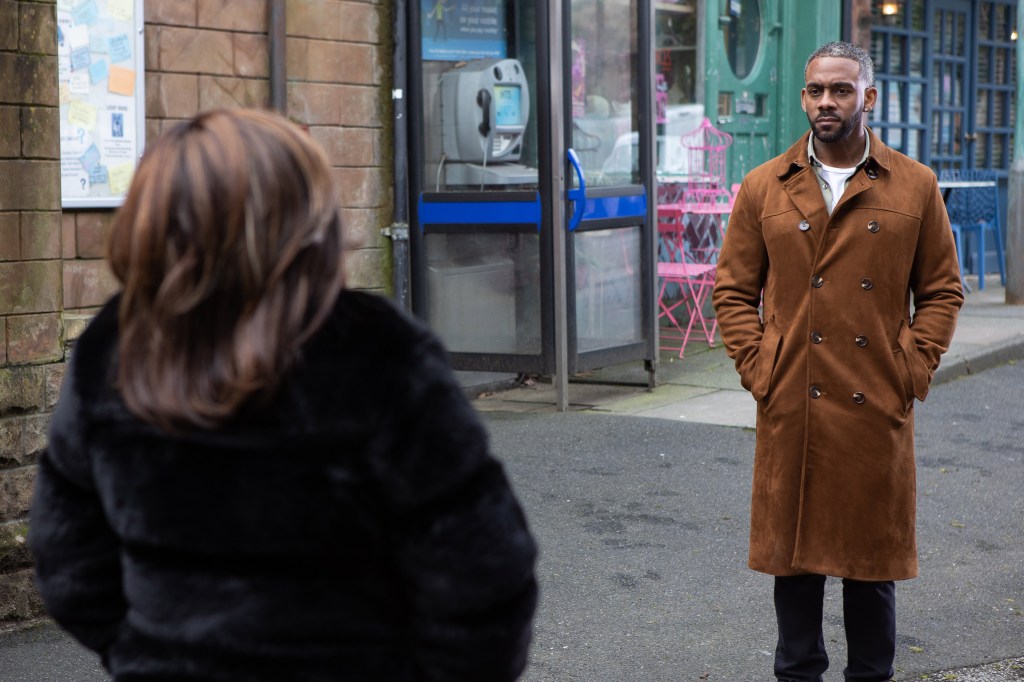 Martine Deveraux (Kelle Bryan) and Felix Westwood (Richard Blackwood) at last reunite in Hollyoaks next week, but there’s heartache ahead, however, as the pair find a lump on Martine’s chest.

There has been animosity aplenty between the former couple of the past couple of weeks, after Felix went ahead with the dodgy deal, in spite of him promising his family he would stay well clear.

The tension continues next week, however, as Martine overhears Felix make a request of Celeste Faroe (Andrea Ali), and it’s in relation to the dodgy job.

Martine rails at her ex, berating him for getting their daughter involved, but Celeste soon sees a spark in her mum’s eye, and the penny drops: she still has feelings for Felix.

The young woman encourages Martine to tell Felix how she feels, and after some deliberation, she decides to do just that.

Felix so conflicted over the two women in his life, but he ultimately makes his choice (Picture: Lime Pictures)

Felix, however, is left conflicted over the two women in his life.

That is, until he ditches Grace Black’s (Tamara Wall) birthday celebrations to be with Martine.

Passion ensues, as the couple share a steamy snog.

However, they’re left shocked when they find a lump on Martine’s chest.

The following episode see both Martine and Grace head to the hospital, to see if the lumps they’ve found are cancerous.

Viewers will remember that Grace found a lump several weeks ago.

Martine is turned away from the hospital by Peri Lomax (Ruby O’Donnell), however, leaving Celeste seething.

MORE : Why Hollyoaks should re-run from the beginning as the very first episode airs

MORE : Hollyoaks’ return to five episodes a week is great, but Hollyoaks Favourites should continue too

Mother calls 911 from police station about smothering daughters, 1 and 6, to death

Britney Spears celebrates with boyfriend Sam Asghari as she gets coronavirus vaccine: ‘I felt nothing’