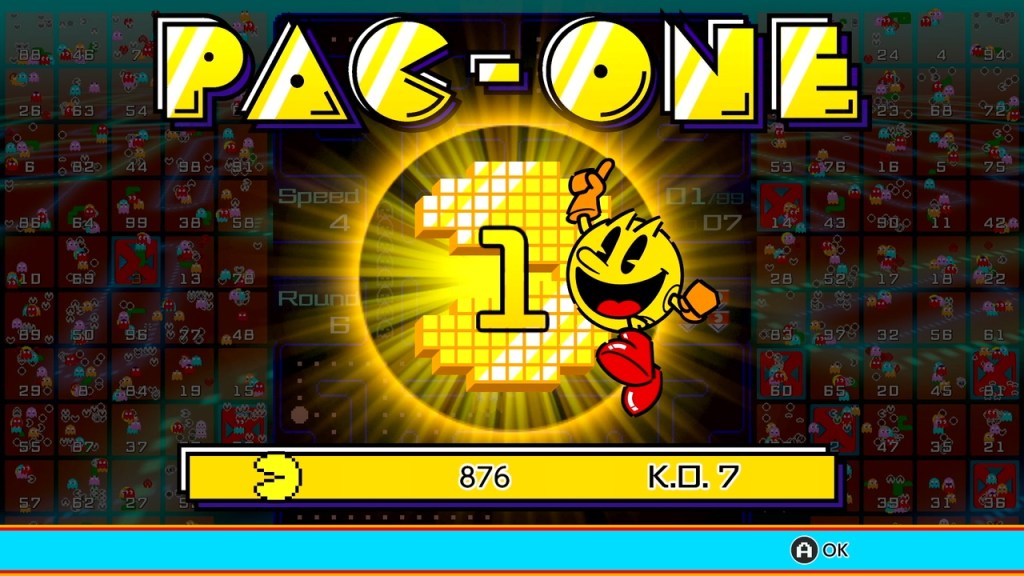 Super Mario Bros. 35 may have disappeared from Nintendo Switch Online but it’s going to be replaced by a battle royale version of Pac-Man.

While there’s a never-ending debate on the value and purpose of Xbox Network (née Xbox Live) and PlayStation Plus many people seem to forget that you also have to pay to play Nintendo games online.

Nintendo Switch Online is considerably cheaper than its next gen equivalents though, at just £3.49 a month or £17.99 for a year. It also comes with some exclusive extras, including a NES and SNES virtual console and free games such as Tetris 99 and Super Mario Bros. 35.

Both games are essentially battle royale versions of the originals but thanks to the weird way Nintendo is celebrating the 35th anniversary of Super Mario Bros. that game has now been removed from the service – but there is a replacement in the form of Pac-Man 99.

Especially if you’ve already played the other games, you can pretty much guess how Pac-Man 99 works from the name, with each player competing on their own maze but interacting with rivals by eating ghosts and thereby sending ‘Jammer Pac-Man’ into their game to slow them down.

The game also takes elements from other modern Pac-Man variants, with the ability to create a ‘ghost train’ of sleeping ghosts that can be eaten in one to flood another player’s game with Jammer Pac-Men.

The Nintendo of America Twitter account is talking about playing the game today, Wednesday 7th, but the UK eShop lists it as launching on April 8. You can download the app already though; it just won’t work until Thursday.

MORE : Switch Pro uses Nvidia DLSS and could be up to £380 claims analyst

For more stories like this, check our Gaming page.

Which 30 members of the Royal Family will attend Prince Philip’s funeral?

Fantasian review – Final Fantasy by any other name