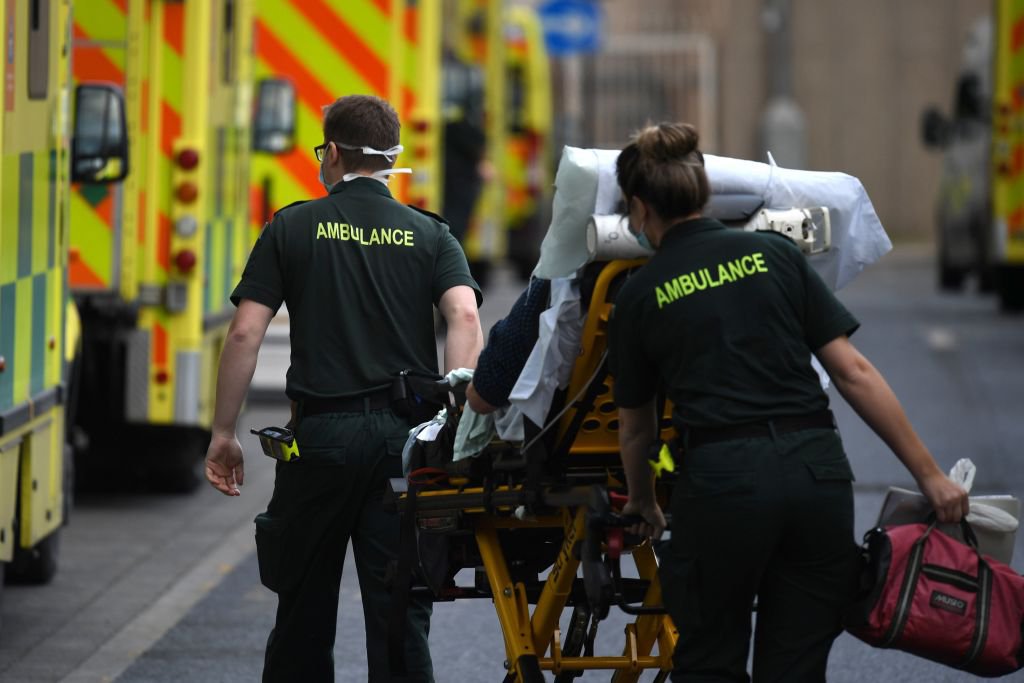 Hospital admissions are way down on the second wave peak which came in mid January (Picture: Getty)

The number of people being treated for Covid in London’s hospitals has plunged 92% in 11 weeks.

As of 8am on Tuesday, 601 people were being treated for the virus in hospital in the capital, NHS figures show.

This is way down from the second wave peak, which came on January 18, when 7,917 people were on the Covid wards.

It’s been five and a half months since the last time numbers were this low – on October 19 there were 594 people in hospital with Covid.

The figures tally with the picture in the rest of England, where pressure on the NHS has dropped significantly over the past three months.

The number of patients in hospital Covid across the country has dropped to its lowest level for six months.

London’s hospitals saw far more Covid cases during the second wave, compared to the first (Picture: Getty)
Vaccinations are thought to have played a large part in bringing down admissions (Picture: Getty)

During the first wave of the virus, patient numbers peaked at 18,974 on April 12.

The South East and South West are reporting numbers down 96% on their second-wave peak, while eastern England has seen its number drop by 95%.

Patient numbers in the Midlands have fallen 92% since the second-wave peak, the North West is down 89%, and the combined region of the North East and Yorkshire has decreased 88%.

The fall in patients and admissions reflects the combined impact of the lockdown and vaccines in helping reduce the number of infections that need hospital treatment.

One dose of the Pfizer or AstraZeneca vaccine is estimated to reduce hospital admissions among people aged 80 and over by around 80%, according to research quoted by Professor Chris Whitty, chief medical officer for England, during the Downing Street press conference on Monday.