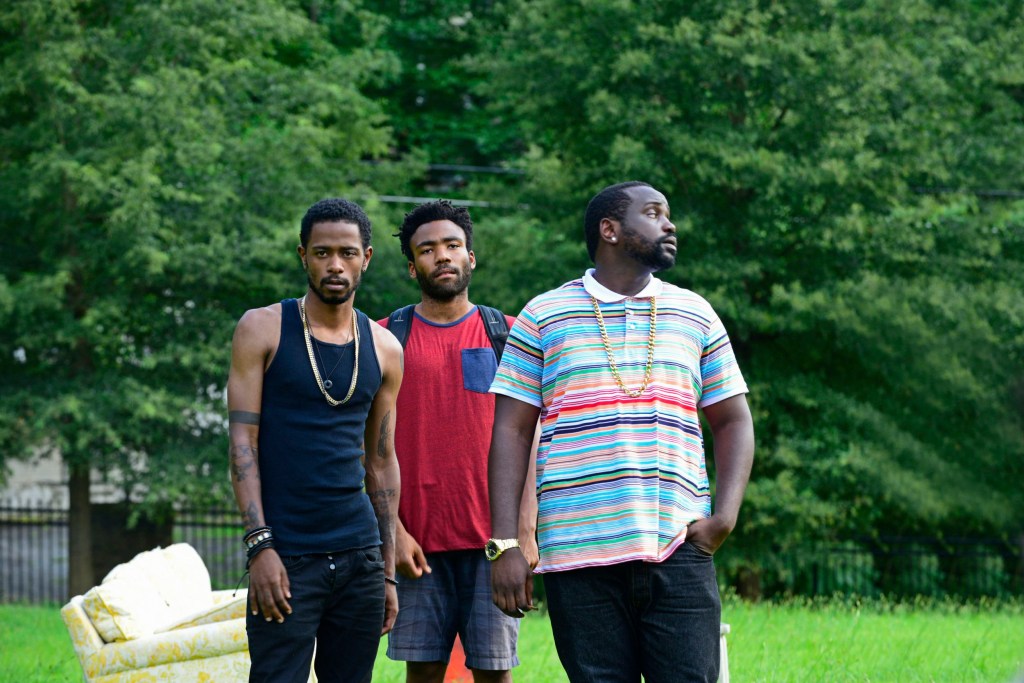 Atlanta has been off the air for three years (Picture: BBC/FX Networks)

Donald Glover’s critically acclaimed comedy-drama last aired in 2018, and season three had initially been set for a 2019 premiere.

However, scheduling conflicts followed by the Covid-19 pandemic meant that the show missed not only its 2019 date, but its slated early 2021 premiere.

Thankfully, we know now that the project is off the ground, as Glover posted an extremely rare Instagram update from set.

The 37-year-old, who plays Earn, could be seen in a grainy phone photograph with co-stars Brian Tyree Henry (Paper Boi), Lakeith Stanfield (Darius) and Zazie Beetz (Vanessa), with the star captioning the pic: ‘Day 0″ S3 ATL.’

It was previously reported that seasons three and four would be shot back to back, with one filmed in Atlanta and the other shot around Europe.

The end of season two saw Earn, Paper Boi and Darius getting on a flight for a European tour, so we can expect to see the team in London and Amsterdam in season three.

While the show hasn’t aired since 2018, the cast has hardly been sitting about twiddling their thumbs.

Glover, aka Childish Gambino, dropped his Grammy-award winning song This Is America, starred in Solo: A Star Wars Story, Guava Island and The Lion King, and released his fourth studio album, 3.15.20.

He has also signed up for a Mr and Mrs Smith reboot for Amazon Studios alongside Phoebe Waller-Bridge.

Brian Tyree Henry starred in If Beale Street Could Talk, Widows, Joker and Godzilla vs Kong, as well as filming the new Marvel film Eternals, and Zazie Beetz starred in Joker and Deadpool 2.

Meanwhile, Lakeith Stanfield has just earned his first Oscar nomination for his role in Judas and the Black Messiah, and also starred in Uncut Gems and Knives Out.

Atlanta follows college dropout Earn as he attempts to improve his life and the life of his daughter Lottie and on-off girlfriend Vanessa by managing the music career of his rapper cousin.

The FX series has won two Golden Globes for best television series – musical or comedy and best actor for Glover, and two Primetime Emmy Awards for outstanding lead actor in a comedy series and outstanding directing for a comedy series.

Glover was the first ever African-American to be awarded the directing Emmy.

Atlanta seasons one and two are available to stream on Disney Plus.

MORE : American Idol: Katy Perry reunites with ex and ‘The One That Got Away’ Josh Groban

Couple who matched 17,000km apart on Tinder are now loved up and living together