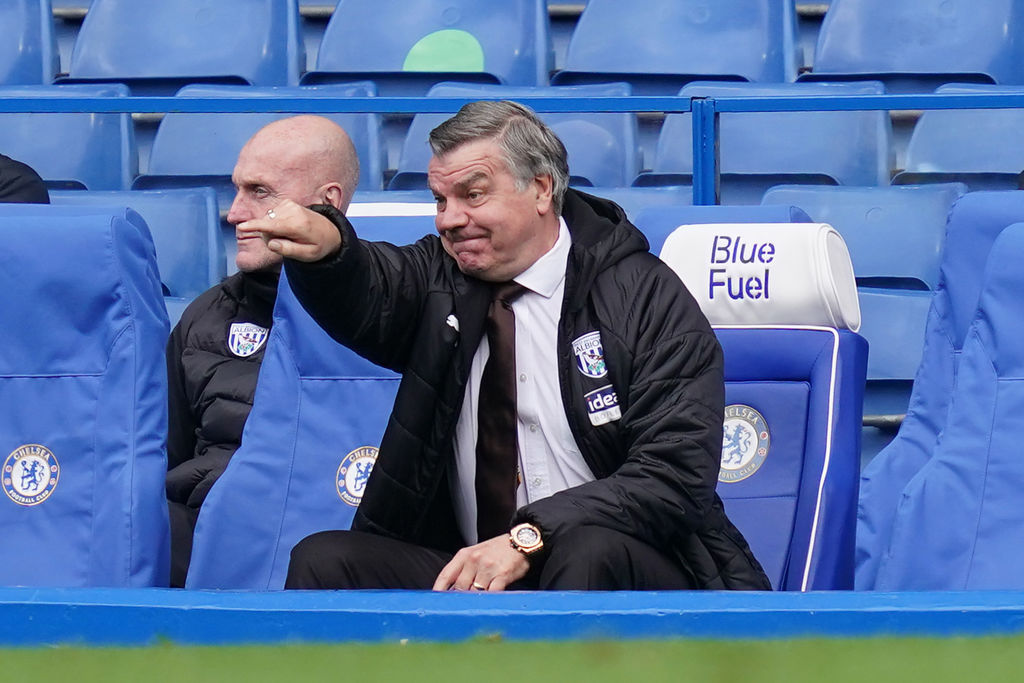 Allardyce was delighted by his side’s performance (Picture: Getty)

Baggies boss Allardyce felt Mendy was at fault for Matheus Pereira’s first goal of the afternoon and thinks his outfit did well to pressure the Senegalese goalkeeper throughout.

West Brom had fallen behind to a goal from Christian Pulisic but Thiago Silva’s red card just minutes later put Thomas Tuchel’s team on the backfoot.

By half-time they were 2-1 down after Pereira’s quickfire double and Mbaye Diagne and Callum Robinson put the game beyond Chelsea’s reach in the second half.

A Mason Mount goal with 20 minutes to go couldn’t inspire a comeback and Robinson’s second goal – this time in stoppage time – ensured Thomas Tuchel would suffer his first defeat as Chelsea boss.

The result was a major surprise given second-bottom West Brom had won just three Premier League games all season, while Chelsea had looked imperious since Tuchel’s arrival.

But Allardyce was left delighted that his tactics paid off, with Mendy one player singled out for special treatment.

‘That’s why we played two split up front with Matheus Pereira and Mbaye,’ Allardyce told TalkSport.

‘The press worked very, very well and there is something with their goalkeeper who can be rash.

‘He can rush out. If you saw the first goal we scored, he came dashing to the edge of his box and didn’t get anywhere near.

‘So we felt every time it went back to the goalie we’d put him under pressure as well.

‘Of course, that gave us good opportunities and then obviously you could say the sending off helped, playing against 10 men, but you’ve still got to beat what is a very good side.

‘The quality of our finishing in the end is something I’ve been looking for for a long time.

‘It’s cost us many points by our poor finishing but on Saturday it was absolutely spot on.

‘The quality of the finishes and the buildup was absolutely brilliant.’