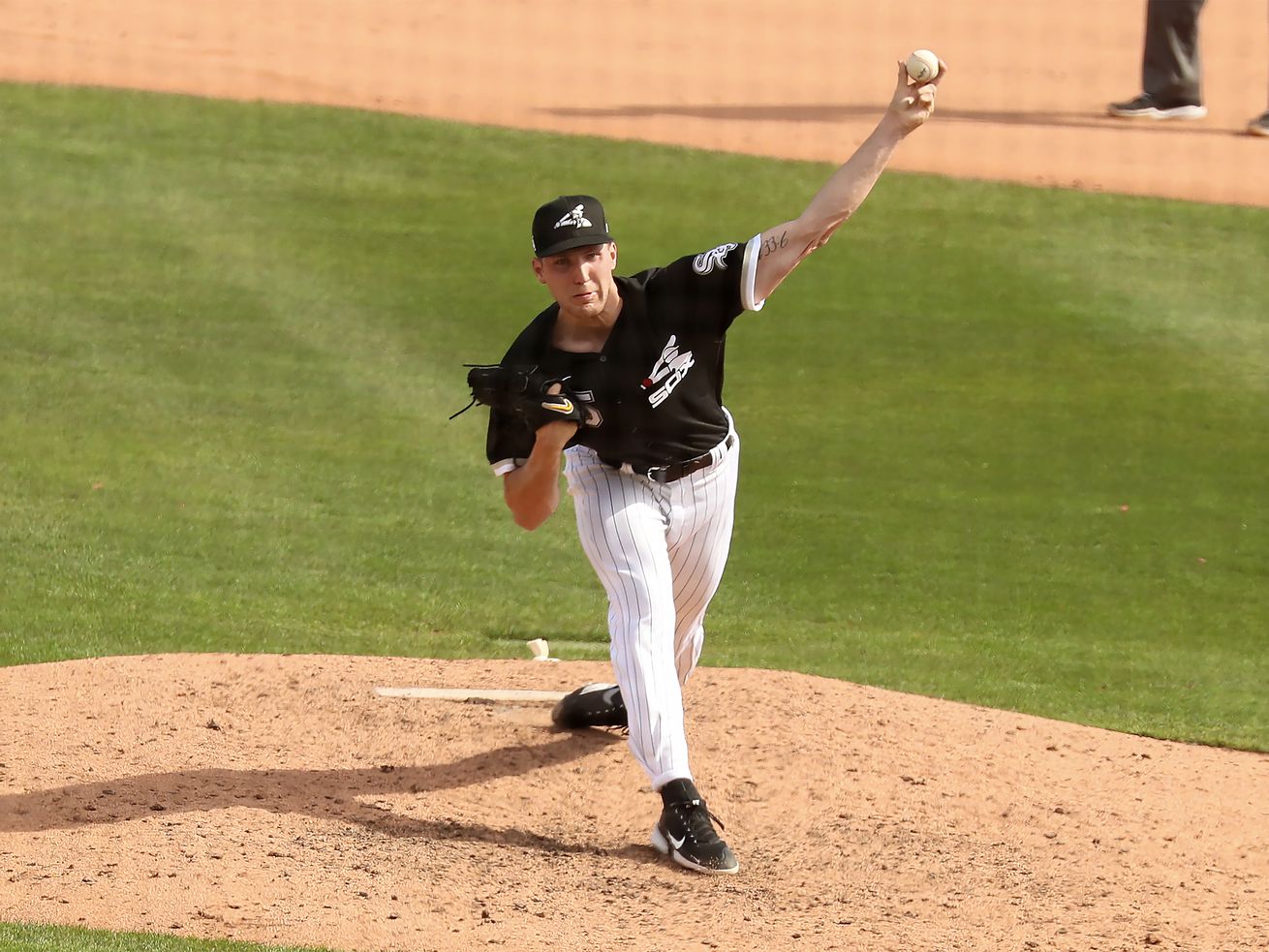 Having left-hander Garrett Crochet and right-hander Michael Kopech at his disposal for more than just one-inning stints out of the bullpen is just another aspect of the White Sox relief corps for Tony La Russa to love.

ANAHEIM, Calif. — Having left-hander Garrett Crochet and right-hander Michael Kopech at his disposal for more than just one-inning stints out of the bullpen is just another aspect of the White Sox relief corps for Tony La Russa to love.

Never mind that the Sox’ first two losses of the season Thursday and Saturday were on the bullpen’s backs. In the first one, an error by Nick Madrigal played a big part. And in the second one, the Sox are chalking it up to a bad night at the office for Evan Marshall, who has been very good the last two seasons.

Confidence is not wavering. Not three games into the season.

“Confidence, if it’s a true confidence, I don’t think will ever waver,” Crochet said. “That’s what our bullpen possesses. Everybody will have a bad day now and again. It’s something you have to accept when you play baseball. I would say the confidence in the bullpen is still there for everybody, 100 percent.”

The Sox pen entered the season touted as perhaps the best in the American League, with 2020 Reliever of the Year Liam Hendriks added in the offseason to close games. Crochet and Kopech possess just two of the power arms capable of triple digit velocity, and La Russa has already called on each for multi-inning relief. Kopech pitched two-plus scoreless innings with three strikeouts Friday and La Russa said “we were able to win” because of it.

Protecting a 3-2 lead, Crochet threw 2 1⁄3 perfect innings with three strikeouts Saturday right before Marshall was tagged for three runs in the eighth.

“Pretty much anybody in our pen at this point could go one or two innings, go out there and turn over the lineup,” Crochet said. “But definitely it’s nice to be looked to in that role. Being trusted to help save the pen.”

It was Kopech’s first game since late 2018 because of Tommy John surgery and opting out last year. Crochet, drafted 10 months ago, has fast-tracked it to the majors. It’s still kind of new and he admitted “my command was nervy at the beginning.”

“But I was a lot more comfortable after I got that first part out of the way.”

Crochet, who walked away from his final appearance of 2020 with a forearm strain in Game 3 of the Wild Card series, turned heads with 100-plus mph velocity. He didn’t touch triple digits during spring training, and topped out at 98.9 Saturday,

“It is coming,” assistant pitching coach Curt Hasler said. “His velocity has been slowly ticking up during the spring. He was gaining strength — he had the issue at the end of the year — going through a program with our training staff and that program didn’t deviate. He’s adding strength.

“The lights will go on and you’ll see …read more

Son, 18, sues after his dad died during taco eating contest