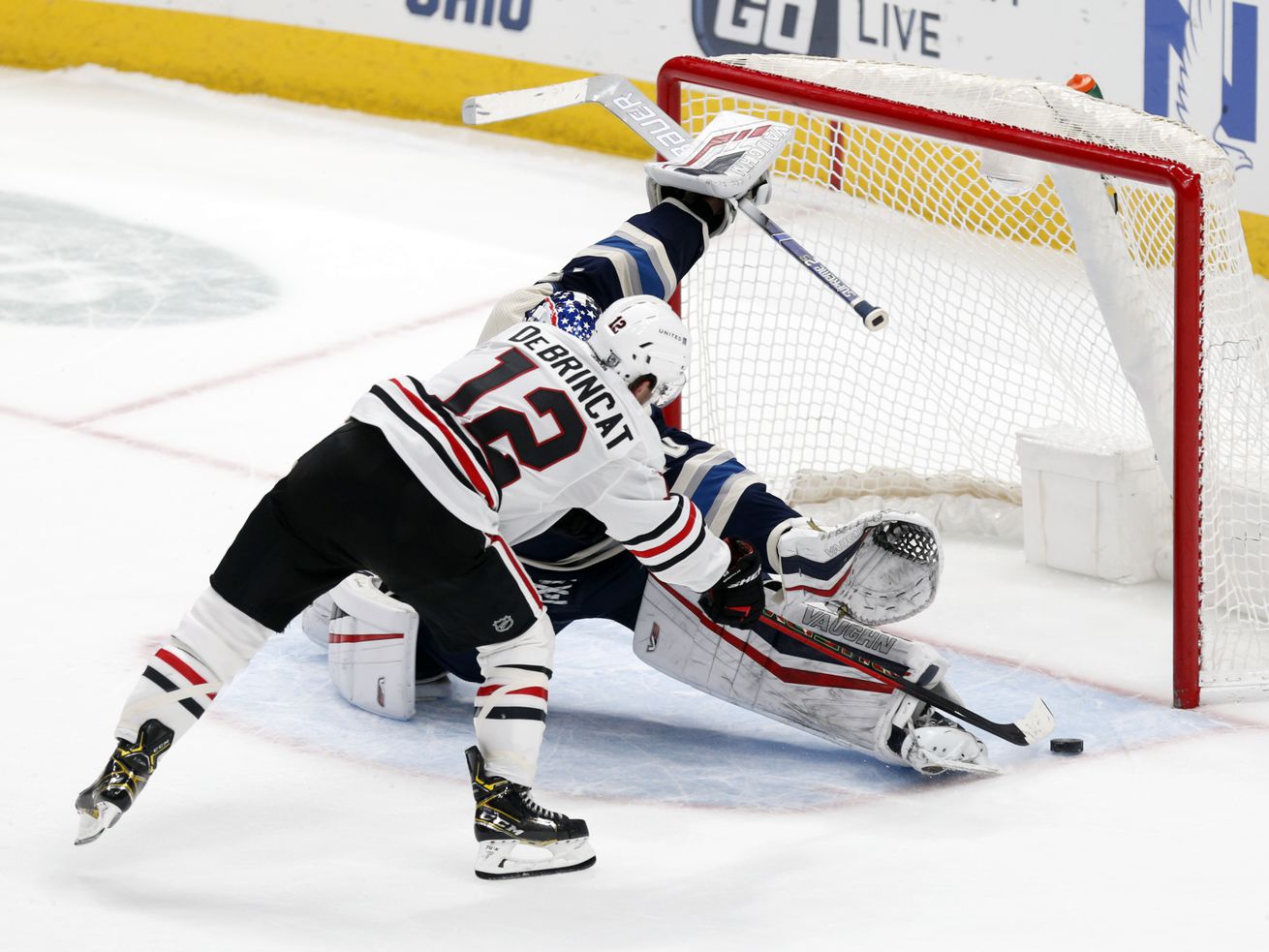 Brandon Hagel’s first NHL goal was one of dozens of notable plays in the Blackhawks’ wild 6-5 shootout win Tuesday over the Blue Jackets.

But in terms of emotional impact, nothing else came close.

“There are no words to describe this,” Hagel said, beaming wide. “I’ve dreamt of this my whole life. [There’s] no better feeling than getting a pass from a legend, as well.”

Patrick Kane, who continued his torrid start to the season with four points Tuesday, found Hagel free with the net gaping open after a scramble seconds earlier.

When Hagel ripped the puck into the twine — “he shot it…like he wanted to put it through the net,” Kane said later — the three-time Stanley Cup champion celebrated like he’d just won a fourth. Hagel simply pointed back at Kane, thankful to finally throw the weight of 17 excellent games without a goal off his back.

“If I had missed that one, I don’t know what I would’ve done,” Hagel added. “Maybe played without my stick.”

The goal gave the Hawks a 3-2 lead at the time, but leads proved easy to acquire yet impossible to hold Tuesday. The Hawks held three of them — 2-0, 3-2 and 5-3 — and blew all three, conceding the tying strike to Oliver Bjorkstrand with four minutes left.

Outside of Hagel’s goal, Kane was anything but pleased after the win because of the Hawks’ squandered leads. It has become a recurring trend: the Red Wings rallied back from 2-0 down to force overtime last week, and these same Jackets overcame a 5-3 deficit to win 6-5 during the teams’ prior series.

“[It’s] nice to get two points, but would’ve been nice to give them nothing,” Kane said. “We have to learn in those situations to close it out. We can all be better winning battles, getting the puck out, make sure they’re not getting any free chances.”

The Hawks can appreciate three things: they remained in a playoff spot while improving to 8-2-1 in their last 11 games, defenseman Connor Murphy officially returned from his hip injury and the first period was, in coach Jeremy Colliton’s words, “one of our better periods all year.”

The Hawks ruthlessly hounded the puck in that first frame, finishing it with a 17-5 shots on goal advantage.

“We did a lot of the things that we talked about that we wanted to do: pressure and cause turnovers, [offensive zone] time, transition chances,” Colliton said. “It was just the start we wanted.”

The NHL announced four changes to the Hawks’ schedule Tuesday.

Coronavirus can survive on clothes for up to three days