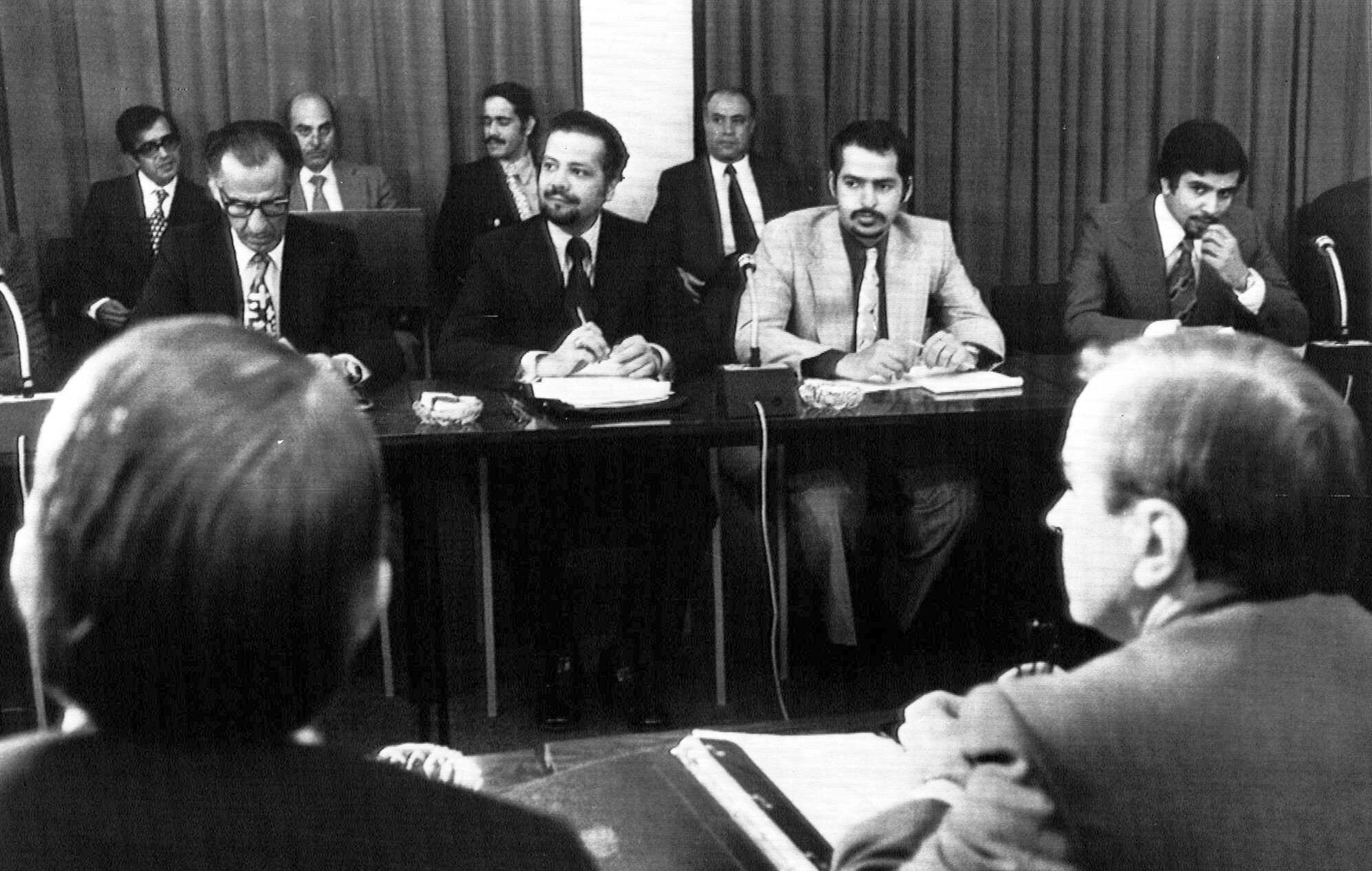 Ahmed Zaki Yamani, a long-serving oil minister in Saudi Arabia who led the kingdom through the 1973 oil crisis, the nationalization its state energy company and later found himself held hostage by the assassin Carlos the Jackal, died Tuesday in London. He was 90.

Saudi state television reported his death, without offering a cause. It said he would be buried in the Muslim holy city of Mecca.

Known for his Western-style business suits and soft-spoken, measured tones, Yamani helped Saudi Arabia command a dominating presence in the Organization of the Petroleum Exporting Countries from its birth. The kingdom remains a heavyweight in the group even today and its decisions ripple through the oil industry, affecting prices from the barrel down to the gasoline pump.

“To the global oil industry, to politicians and senior civil servants, to journalists and to the world at large, Yamani became the representative, and indeed the symbol, of the new age of oil,” author Daniel Yergin wrote in his seminal book on the oil industry “The Prize.” “His visage, with his large, limpid, seemingly unblinking brown eyes and his clipped, slightly curved Van Dyke beard, became familiar the planet over.”

Yamani became oil minister in 1962 and would lead the ministry until 1986. He served a crucial role in the nascent oil cartel OPEC as producers around the world began to try to dictate prices to the world market previously dominated by the economic policies of Western nations.

Yamani was the first Saudi representative on OPEC’s board of governors in 1961. From his position, he became known not for the hysterics that accompanied years of turmoil across the wider Middle East, but an ever-calm negotiating style that Saudi ministers after him sought to mimic.

But that style for an oil kingpin known by the honorific “the Sheikh” would be tested by the times, which included upheaval in the global energy market. That was especially true in the 1973 Mideast War, in which Egypt, Syria and its allies launched a surprise attack on Israel on the Jewish holy day of Yom Kippur.

When the U.S. under President Richard Nixon moved to support Israel, Arab producers in OPEC agreed to cut their supply by 5% a month. When Nixon continued his support, the decision gave birth to what would become known as the “oil weapon” — a total embargo on the U.S. and other countries.

Prices in the U.S. would rise by 40%, leading to gasoline shortages and long lines at the pump. Oil prices globally would quadruple, leading to the wealth now seen across the Gulf Arab states today.

In 1975, Yamani found himself twice at major moments in history. He stood just outside the room when a nephew of King Faisal assassinated the monarch in March.

In December, Yamani found himself among those taken hostage at OPEC headquarters in Vienna, an attack that killed three people and saw 11 seized. The attack ended up seeing all the pro-Palestinian militants and those held hostage released.

Nassau senior facility requires staff to be vaccinated for COVID