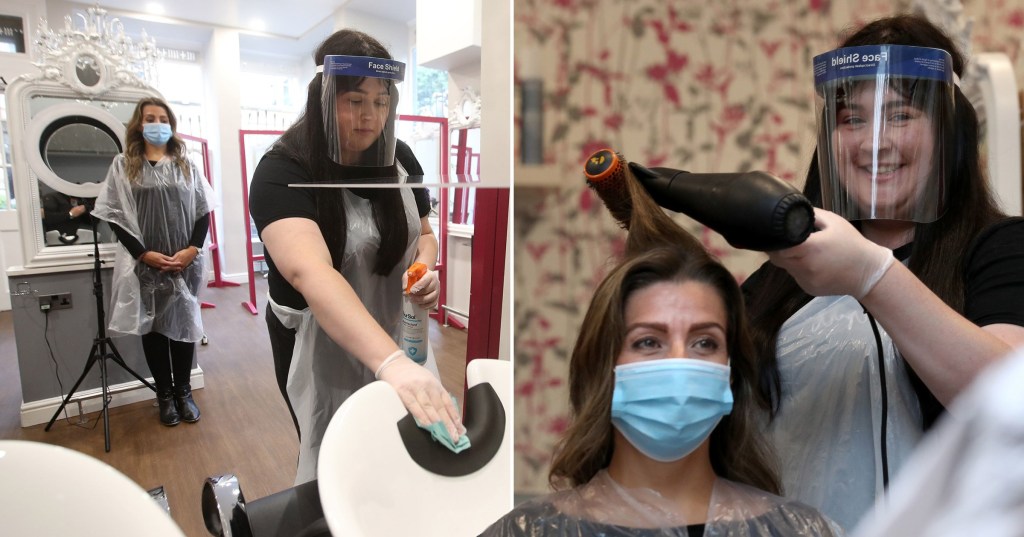 Hairdressers will be able to resume work from May, the Prime Minister has said (Picture: PA)

Hairdressers and beauty salons in England won’t reopen again until April, it has been announced.

The government’s roadmap out of lockdown states shops, hairdressers, nail salons, libraries, outdoor attractions and outdoor hospitality venues such as beer gardens will be allowed to reopen from April 12 ‘at the earliest’.

Boris Johnson is expected to say some restrictions around socialising with people from other households would be lifted during March.

From March 8, people will be able to go for a coffee on a park bench or enjoy a picnic with one other person or members of their household.

A new rule of six will then be reintroduced for outside gatherings from March 29, allowing people from three or more different households to meet outside in groups of up to 6.

If the meeting includes people from just two households there is no cap on its size, setting the stage for larger family gatherings.

Non-essential shops could then resume business during April, but hairdressers, beauticians and tattoo artists will have to wait until May before they can get back to work.

Those wishing to return to the pub will also have to wait until May, with the Government likely to reimplement the mandatory ‘substantial meal’ with every alcoholic drink.

Some people have been waiting months for a haircut (Picture: PA)

Today Johnson said the further easing of restrictions will depend on England passing four tests that signify the country’s victory against Covid.

The tests include the continued success of the vaccine deployment, evidence that the jabs are sufficiently reducing hospital admissions and deaths, low infection rates, and the level of threat from new Covid variants.

Reopening schools remains the Government’s priority, with children of all different age groups set to be back in the classroom from March 8.

Health Secretary Matt Hancock said on Sunday that there will be ‘weeks between the steps’ so ministers can ‘watch carefully’ the impact of each relaxation of the restrictions.

More restrictions easing will depend on the continued vaccine rollout (Picture: PA)

He told Sky News: ‘[The PM] will set out the full details – taking into account that we need to take a cautious but irreversible approach, that’s the goal.’

Analysis: Rafael Nadal v Stefanos Tsitsipas | Australian Open 2021 | Tennis | Eurosport
When can we hug again and when will social distancing end in England?