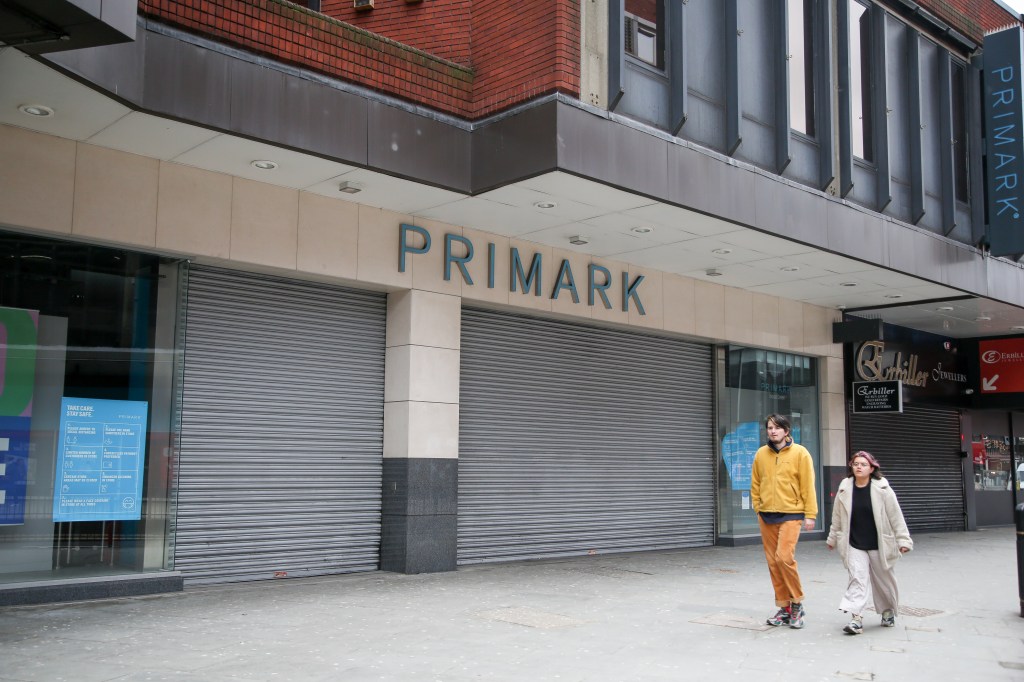 Non-essential shops have had to close once again (Picture: Dinendra Haria/SOPA Images/LightRocket via Getty Images)

As the UK continues to battle the ongoing coronavirus pandemic, non-essential retail has had to shut its doors once again.

Many are hoping that these stores will be able to open their doors soon, as the Scientific Advisory Group for Emergencies (Sage) previously said that it believes general non-essential retail is ‘low risk’ when social distancing measures are in place and face masks are worn.

So when will the likes of Primark, Apple, and Pandora be allowed to open their doors again?

When will non-essential shops reopen in England?

The government has not indicated when shops will be allowed to open their doors again, however, there is mounting hope the high street could reopen within weeks.

People are hoping that shops will open sooner rather than later (Picture: Pietro Recchia/SOPA Images/LightRocket via Getty Images)

Many are hoping that these shops will be allowed to reopen sooner than later, as they were one of the first businesses permitted to open their doors during the first lockdown.

They were also allowed to open straight after the second lockdown in all three of England’s tiers – which was perfect for Christmas shopping.

More clarity is expected on the relaxation of lockdown rules when Boris Johnson unveils his roadmap out of lockdown on February 22.

When will non-essential shops reopen in Scotland?

First Minister Nicola Sturgeon has not yet indicated when non-essential retail could open.

Speaking at her daily media briefing on 15 February, she emphasised that the government is focussing on opening schools up first, and then other matters will come after.

Sturgeon said: ‘We will have to decide what is most important to us and I think for most people children’s wellbeing and education then visiting older relatives in care homes and more generally getting a bit more family time back.

‘These are the kind of things we need to focus on first as we try more generally to get things back to normal.’

More details on Scotland’s lockdown exit plan are expected to be revealed on February 23.

When will non-essential shops reopen in Wales?

The Welsh Government has not yet given a date for when non-essential shops could reopen.

However, it has confirmed that it will be looking at the restrictions around non-essential retail as part of its next 21-day review which will end on Friday, March 12.

Non-essential shops have been closed in Northern Ireland since Boxing Day, and unfortunately First Minister Arlene Foster has not yet indicated when they will be allowed to open again.

Northern Ireland’s lockdown has been extended until March 5, so it is likely that stores will have to stay closed until at least then.

Speaking at the executive’s press briefing on February 11, Foster said she recognised that people wanted to …read more