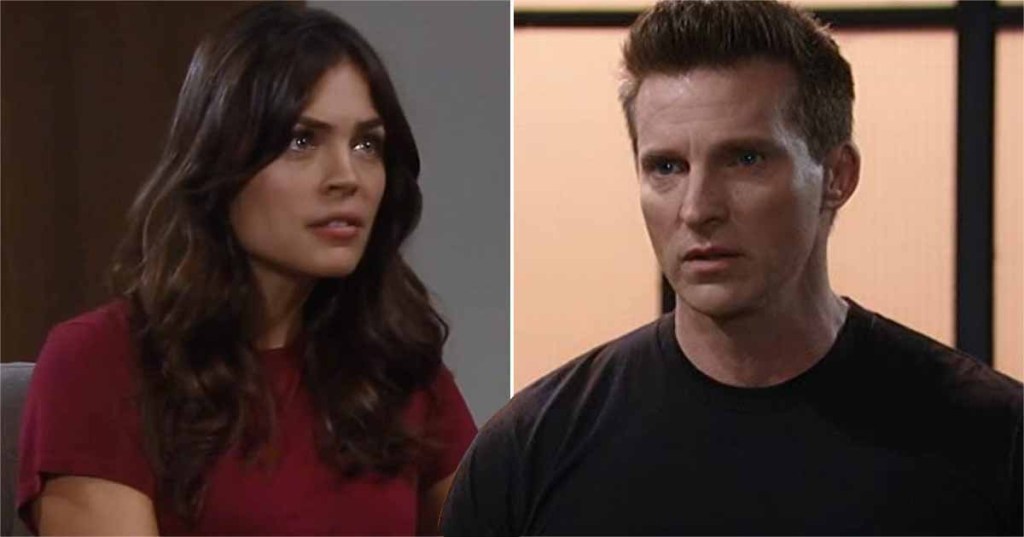 Jason has a warning for Britt in General Hospital this week (Picture: ABC)

General Hospital is is back to regular programming after last week’s Capitol riot shook up scheduling.

The ABC soap is full of kidnapping drama, new enemies, and close-call secret reveals as we continue to keep up with the residents of Port Charles, NY.

Elsewhere, Ava blindsides Carly, Jax and Joss come to an agreement and Maxie asks Nina to do a cover story on Sasha.

Will Britt heed the warning about Cyrus? (Picture: ABC)

On Wednesday, viewers will see Sam and Olivia work together while Tracy catches up with Finn.

Thursday’s episode sees Carly make a heart-wrenching decision while Jax and Nina take a big step in their relationship.

The week ends with Friday’s episode seeing Sam overhear an important phone call and Olivia looks to Tracy for answers.

Elsewhere, Jason warns Britt about Cyrus, Jax apologizes to Nina, and Cam is accepted to a prestigious college.

Jacob Blake: ‘I didn’t want to be the next George Floyd’

Got A Showbiz Story?

MORE : Who is Josh Swickard? Meet the General Hospital star

Recovering from Covid gives as much protection as having vaccine