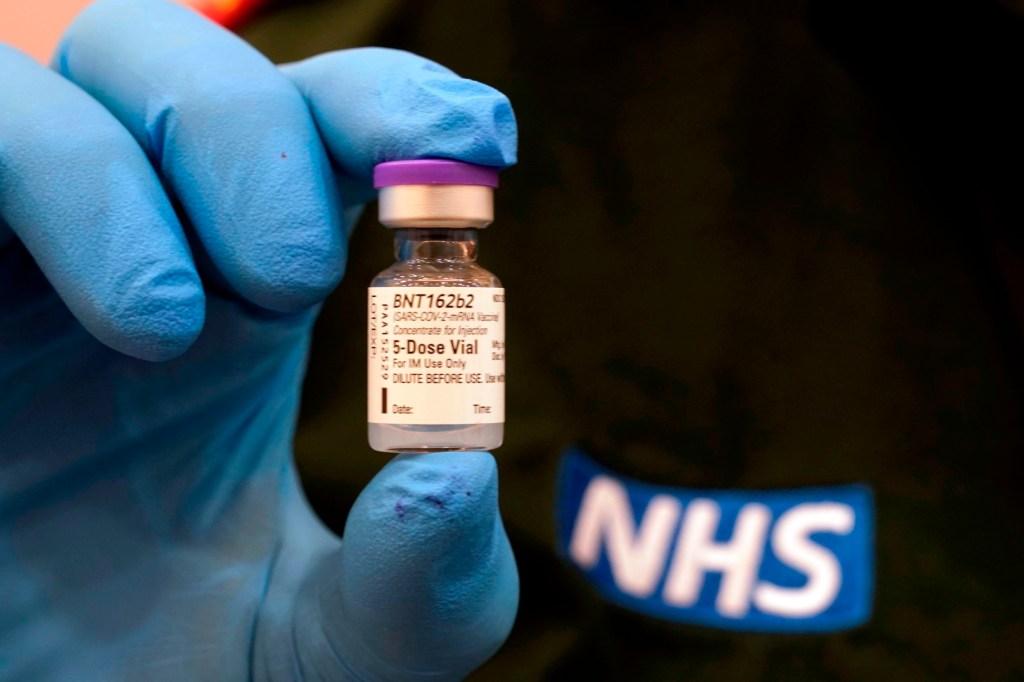 A study found it provides 83% protection for at least five months (Picture: AFP via Getty Images)

People who previously had coronavirus have 83% protection against reinfection for at least five months, a study has found.

The Public Health England (PHE) SIREN study, which looked at more than 20,000 healthcare workers across 100 sites in the UK, investigated how many NHS staff caught Covid-19 more than once.

A total of 6,614 workers were found to have had the virus in early 2020, either through antibody testing, PCR swabs or clinical evaluation based on symptoms.

Only 44 people from this group later tested positive for coronavirus as a result of reinfection.

Scientists say this equates to 83% protection against reinfection, and also reduces the likelihood of developing symptoms and severe disease.

They added this gives more protection than the Oxford vaccine, and similar protection to the Pfizer jab.

‘The findings will help to give, alongside the vaccine, the ability to slow transmission of the virus,’ said Professor Susan Hopkins from PHE, lead author of the study.

‘But it is not complete protection and people still need to be careful when out and about and take precautions.’

Only 44 members of NHS staff tested positive for the virus again out of the 6,614 people in the study (Picture: PA)

Researchers gave participants monthly antibody tests as well as weekly PCR swabs to monitor any infections between June and November.

This allowed scientists to pick up on infected people with symptoms, as well as those who were asymptomatic.

Vaccine testing only checks cases with symptoms – so Professor Hopkins suggested the Pfizer BioNTech injection’s efficacy rate of 95% likely to be inflated as it does not account for asymptomatic infections.

In the PHE study, only 15 people from the group of 44 reinfected individuals developed symptoms, which equates to 94% protection.

As a result Professor Hopkins said in a press conference the protection from infection is as high as that of the Pfizer vaccine and ‘much better’ than the AstraZeneca/Oxford jab, which has an efficacy rate of 62.1%.

Scientists say being infected with Covid-19 gives more protection than the Oxford vaccine, and similar protection to the Pfizer jab (Picture: PA)

Professor Eleanor Riley from the University of Edinburgh, who was not involved with the research, said: ‘The take home message from this study is that a primary infection with SARS-CoV-2 provides at least 94% protection against symptomatic reinfection for at least five months.

‘This suggests that natural infection provides short term protection against Covid-19 that is very similar to that conferred by vaccination.’

Researchers in the study categorised the reinfections as either probable or possible, but are unable to say with certainty due to the lack of widespread testing during the first wave of the pandemic.

But the 44 cases – two probable and 42 possible – meet criteria which led to their inclusion in the study, including a positive test for Covid-19 infection.

Those who were asymptomatic had high viral loads, suggesting they would be able to infect other people despite not feeling ill themselves.