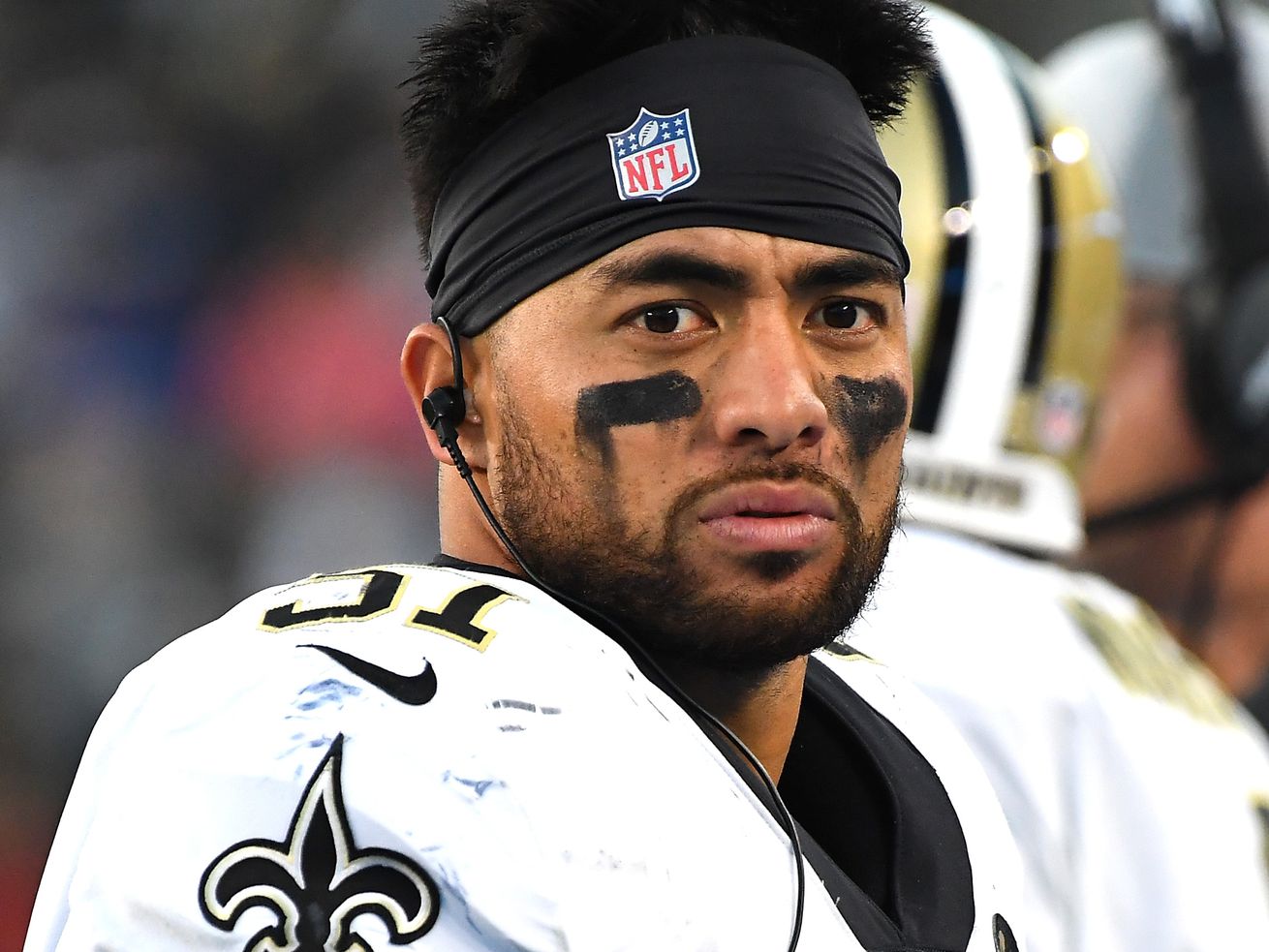 Inside linebacker Manti Te’o, who hasn’t played a football game all season and has never made even an appearance with the Bears, started against the Saints.

Inside linebacker Manti Te’o, who hasn’t played a football game all season and has never made even an appearance with the Bears, was the team’s surprise starter Sunday against the Saints.

Star Roquan Smith was ruled out of the game Saturday with a left elbow injury suffered against the Packers, Josh Woods took his place during the game last week. While Woods was on the injured report with toe and glute injuries, he was active Sunday. Joel Iyiegbuniwe — who, like Woods, is a special teams standout but is inexperienced as a defensive player — was Smith’s other backup.

Te’o didn’t have to study the opposing scouting report too diligently — he played for the Saints from 2017-19.

The Bears signed the former Notre Dame star, who is probably best-known for being one of the first high-profile Americans to be “catfished,” to the practice squad in October. He wasn’t activated for the first time until Saturday. He missed time after being put on the NFL’s reserve/COVID-19 list last month.