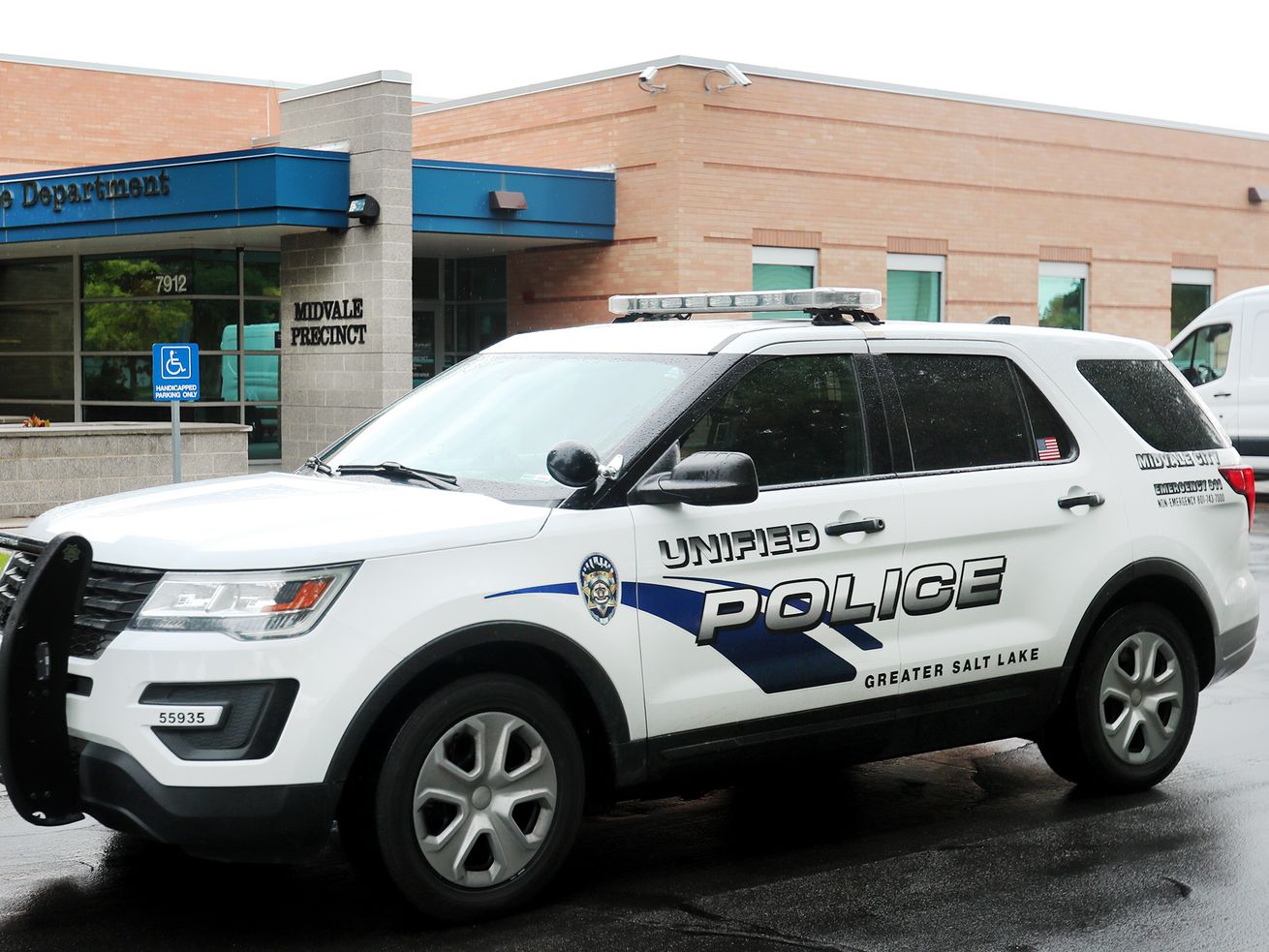 An officer drives his vehicle out of the parking lot at the Unified Police Department’s Midvale Precinct on Tuesday, June 30, 2020. | Scott G Winterton, Deseret News

MIDVALE — The city of Midvale will remain under Unified Police Department’s jurisdiction after a special City Council meeting Tuesday night plagued with indecision failed to produce a concrete vote.

The indecision stems from a feasibility study that most of the council agreed required more time to show exactly what impact a withdrawal would have on both Midvale and Unified.

City officials have considered leaving Unified and forming the city’s own department since July 2019 after several tense budget negotiations between Midvale and Unified. Since Midvale joined the department in 2011, costs have steadily increased, including an annual 1.3% annual increase in precinct costs that Matt Dahl, Midvale assistant city manager, called “very manageable” and an 11.4% increase in shared services that he called “less manageable.”

And just weeks ago the city of Taylorsville, which represents 15% of Unified’s budget, announced it would withdraw to form its own department. Citing increased fees and a wish to have more local control, the Taylorsville City Council is expected to ratify the move on July 1.

The impact of Taylorsville’s withdrawal was the subject of much debate during the Midvale meeting, with several council members worried the city’s departure would impact the quality of Unified’s policing while increasing costs.

“I don’t want the ship to be sinking and us jumping off on something that’s doomed to fail as well,” said Councilman Dustin Gettel.

The vote comes during a period of national scrutiny toward police and growing calls to defund, restructure and reform departments across the country. And despite Midvale’s considerations to leave Unified dating back to last summer, the wave of civil unrest was the focal point of many of the public comments.

“To be quite frank, employee morale has reached an all time low,” wrote Salt Lake Valley Law Enforcement Association President Johnny Ngo. “The expectation of law enforcement officers has never been higher. Whilst our numbers are depleting, the cost of replenishing will be much more significant in the future … the quality of depth and service you currently receive cannot be replicated with the same cost while going alone.”

Three Utah mayors — Paulina Flint of White City Metro Township, Jeff Silvestrini of Millcreek and Robert Dahle of Holladay — all voiced opposition to Midvale leaving Unified, warning of a decrease in quality of policing not just in Midvale, but across the entire Unified district.

“I would encourage you to consider the reasons Midvale …read more

Charles Webb, author of ‘The Graduate,’ dies at 81

24 dead in attack on drug rehab center in Mexico