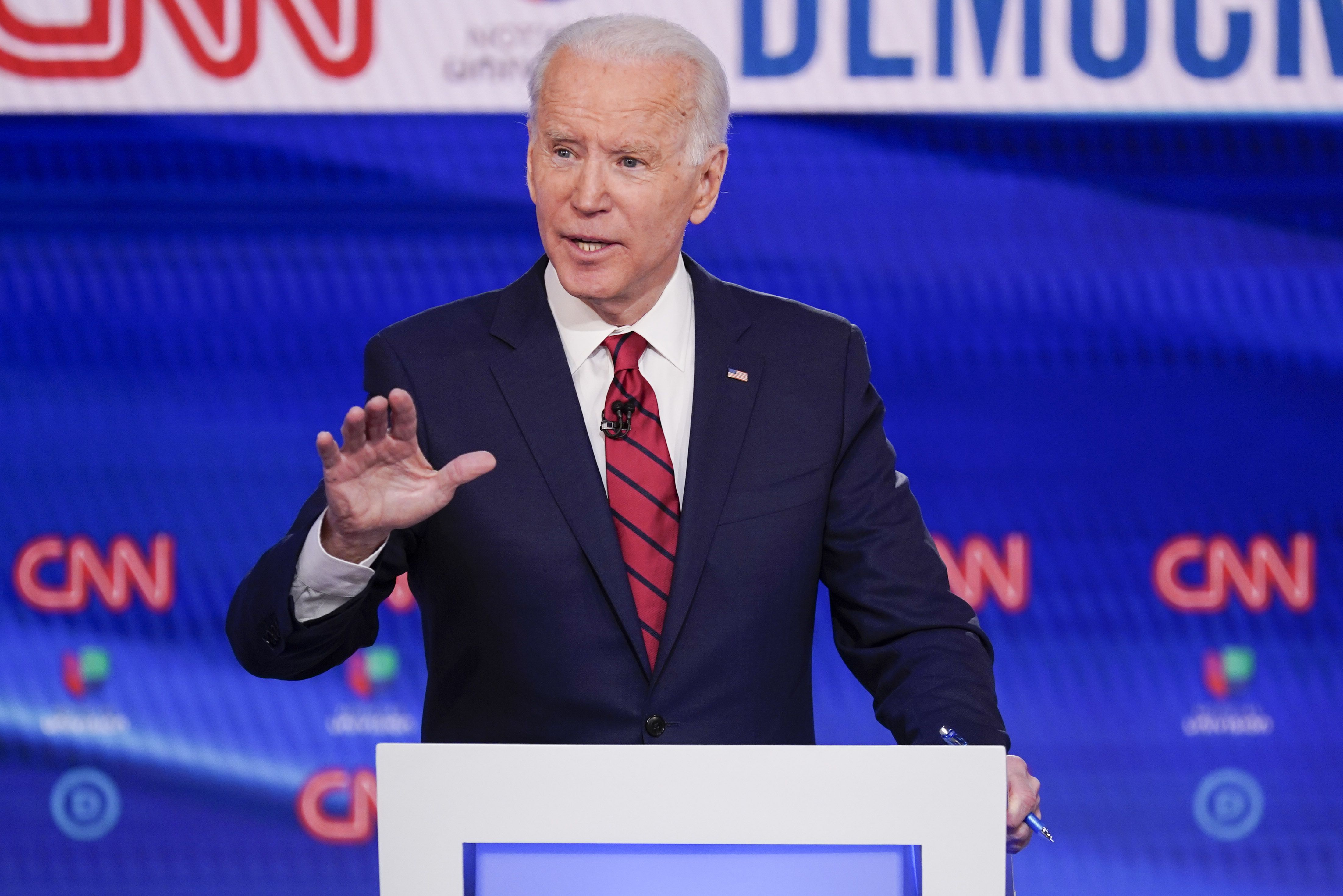 Joe Biden says he “should not have been so cavalier” after he told a prominent black radio host that African Americans who back President Donald Trump “ain’t black.”

The presumptive Democratic presidential nominee quickly moved to address the fallout from his Friday remark, which was interpreted by some as presuming black Americans would vote for him. In a call with the U.S. Black Chamber of Commerce that was added to his public schedule, Biden said he would never “take the African American community for granted.”

“I shouldn’t have been such a wise guy,” Biden said. “No one should have to vote for any party based on their race or religion or background.”

That was an acknowledgement of the stinging criticism he received in response to his comments, which he made earlier in the day on “The Breakfast Club,” a radio program that is popular in the black community.

The rebukes included allies of Trump’s reelection campaign — anxious to go on the offense after weeks of defending the Republican president’s response to the coronavirus pandemic — and some activists who warned that Biden must still court black voters, even if African Americans overwhelmingly oppose the president.

“None of us can afford for the party or for this campaign to mess this election up, and comments like these are the kinds that frankly either make black voters feel like we’re not really valued and people don’t care if we show up or not,” said Alicia Garza, a Black Lives Matter co-founder and principal of Black Futures Lab.

Near the end of Biden’s appearance on the radio program, host Charlamagne Tha God pressed him on reports that he is considering Minnesota Sen. Amy Klobuchar, who is white, to be his vice presidential running mate. The host told Biden that black voters “saved your political life in the primaries” and “have things they want from you.”

Biden said that “I guarantee you there are multiple black women being considered. Multiple.”

A Biden aide then sought to end the interview, prompting the host to say, “You can’t do that to black media.”

Biden responded, “I do that to black media and white media,” and said his wife needed to use the television studio.

He then added: “If you’ve got a problem figuring out whether you’re for me or for Trump, then you ain’t black.”

Trump’s campaign and his allies immediately seized on Biden’s comments. South Carolina Sen. Tim Scott, a Trump supporter and the Senate’s sole black Republican, said he was “shocked and surprised” by Biden’s remarks.

“I was struck by the condescension and the arrogance in his comments,” Scott said in a conference call arranged by the Trump campaign. “I could not believe my ears that he would stoop so low to tell folks what they should do, how they should think and what it means to be black.”

Charlamagne Tha God later said on CNN, “A black woman running mate is necessary, especially after today.” He added that the question of “what makes somebody black” is a discussion for black people, not for …read more

Photos: What it looks like to dine in a restaurant during a pandemic

Missing 27-year-old woman may be on South Side