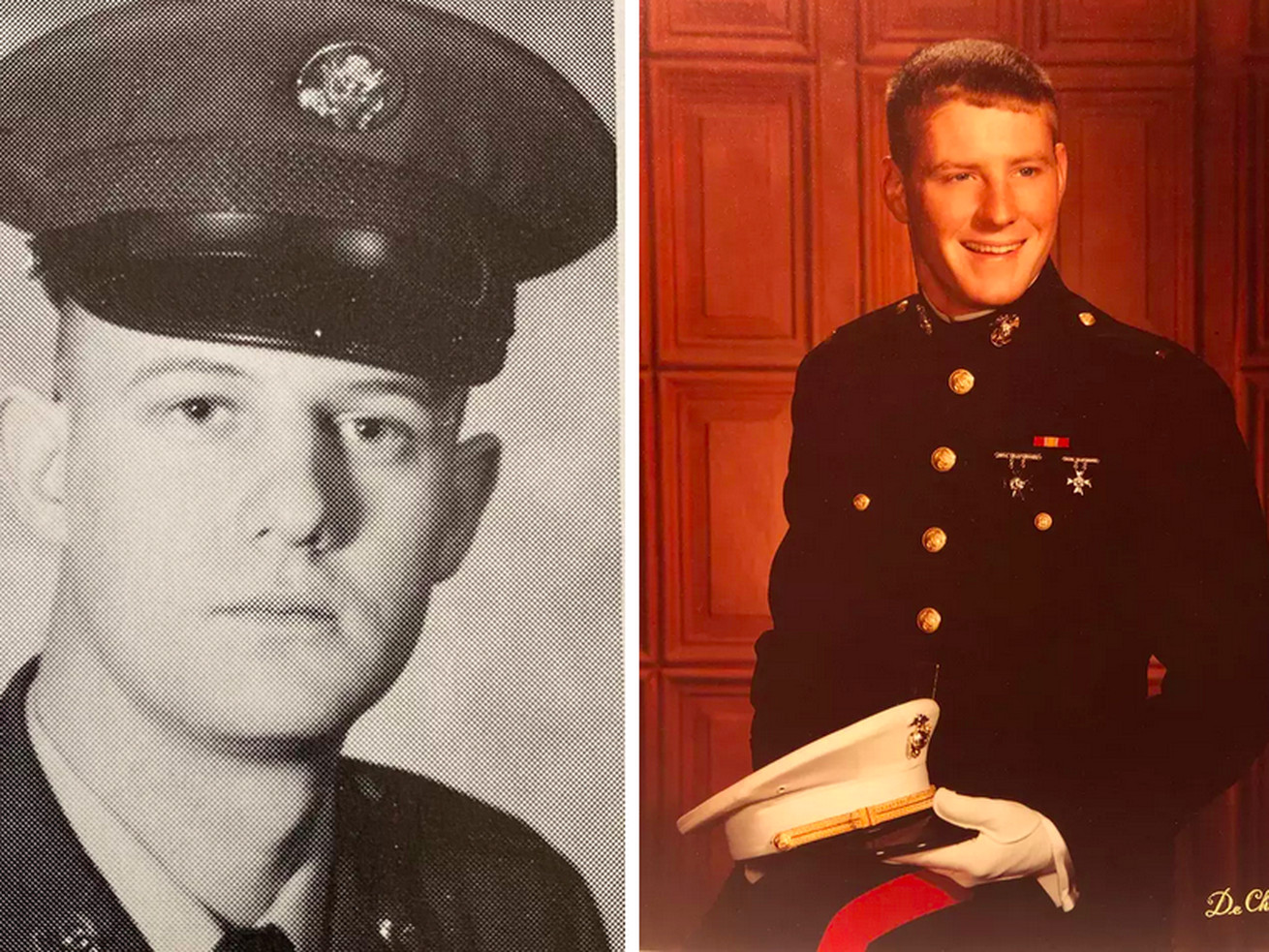 William Dabbert (left) and Robert Conti died in Vietnam, but their classmates from the Arlington High School class of 1964 have kept their memories alive. | Provided

William Dabbert and Robert Conti were 2 young men so much like themselves. They made the ultimate sacrifice in an unpopular war. Their classmates have never forgotten.

It’s been almost 51 years since William Dabbert and Robert Conti were killed months apart in Vietnam, but their friends from Arlington High School’s Class of 1964 have never forgotten them.

The memories are sometimes hazy.

Yet the essence is always there: Two young men so much like themselves made the ultimate sacrifice in an unpopular war and, as a result, were denied the life opportunities and experiences we all take for granted.

Over the years, the former classmates developed a tradition of honoring the pair on Memorial Day weekend.

In the early years, this was accomplished by attending Arlington Heights’ Memorial Day parade and ceremony, one of the largest in the Chicago area. Afterward, they’d retire to a restaurant to trade stories.

Over the past decade, a more formal dinner reception at a country club was added to the itinerary.

Then. the coronavirus hit, and this year’s parade was canceled. So was the dinner.

But still they remember.

“They were both special people without a doubt,” said the class of ’64’s Laura (Lynch) Weaver, who recalls each of them as “friendly, sensitive” types.

Provided
William Dabbert, shown here with date before his high school prom, attended Western Illinois University but left school a semester before graduation because he expected to be drafted and wanted to spend time with his hometown friends.

VIDEOS & PHOTOS: This what Galveston has looked like over Memorial Day weekend

Dabbert and Conti ran in separate crowds, almost to be expected in a graduating class of 560, each popular in his own right.

Dabbert was the more easygoing one. He worked during high school at a McDonald’s across from Arlington Park racetrack, one of the first restaurants in the chain.

It was a favorite hangout for teenagers. When the parking spaces were full, the kids took “Mac laps,” circling the lot in their cars till a space opened up.

Provided
Robert Conti was an all-conference wrestler at Arlington High School and president of his senior class. He died in Vietnam in 1969.

Dabbert had been a good baseball player as a Little Leaguer but stuck to intramural sports in high school on teams with his buddies.

Conti was more intense, president of the senior class, a top-ranked wrestler in the 120-pound class, maybe a little more serious in the classroom as well, yet still approachable.

Conti’s father, a corporate executive who would retire as a major general in the U.S. Army Marine Corps Reserve, put a wrestling mat in the basement to help his son hone his skills.

Dabbert and Conti were the oldest kids in their families.

China to boost defense spending by lowest rate in years