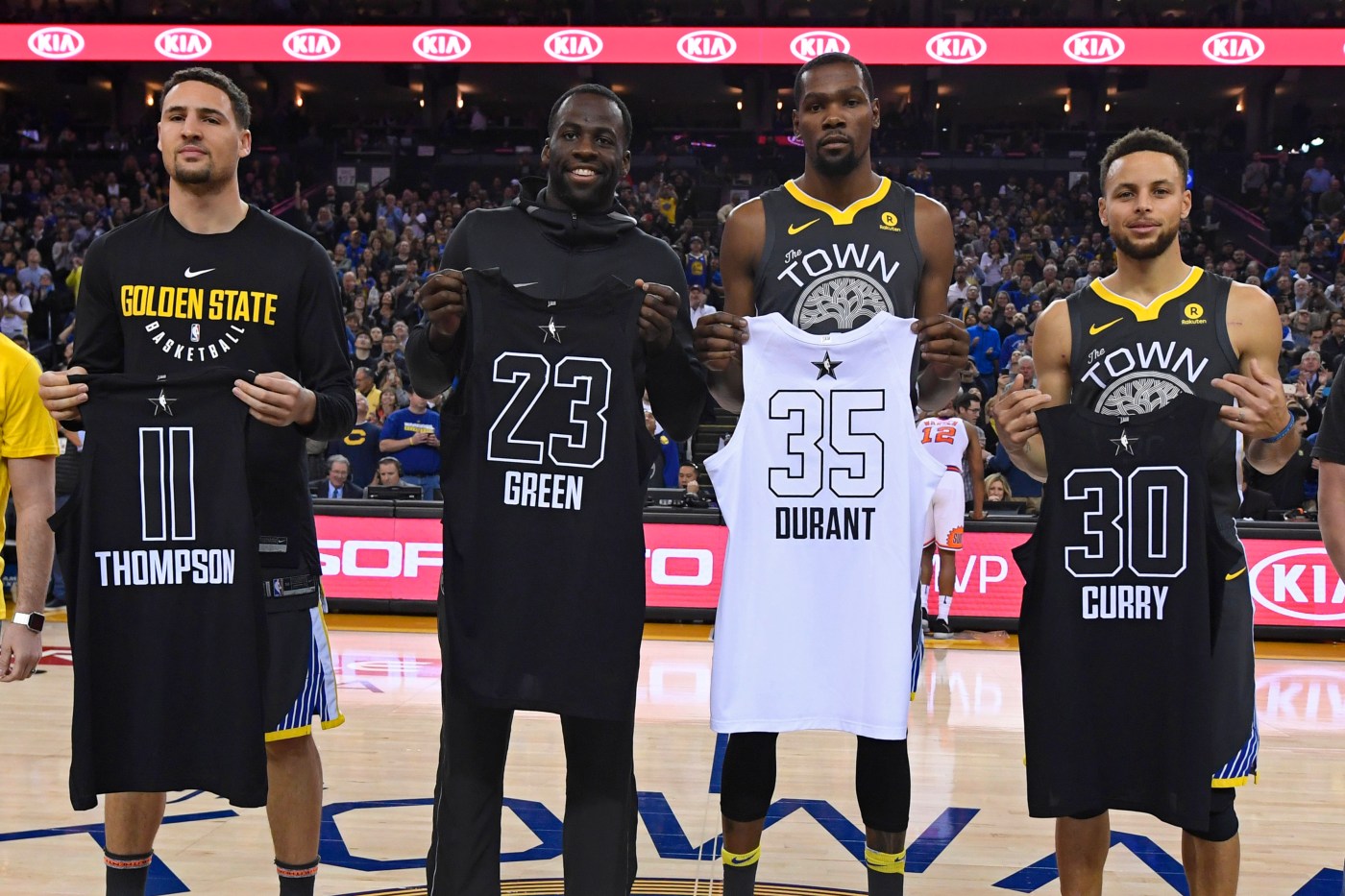 It’s going to be weird this weekend for Warriors fans. Then again, weird is the new normal for this Golden State season.

Not so long ago, the Warriors dominated the NBA’s All-Star weekend with four players selected for the game in 2017 and 2018. Even last year, they had three representatives, and they haven’t had fewer than two since Steph Curry was the only Warrior on the West’s 2014 roster.

But this year is different: Rookie second-rounder Eric Paschall is the only Warrior who will take the court for any event this weekend. He’s on the Team USA roster for Friday night’s Rising Stars game, which features first- and second-year players.

With Curry and Klay Thompson injured, reigning All-Star MVP Kevin Durant rehabbing his Achilles with the Brooklyn Nets and Draymond Green diminished by the lack of talent around him, the Warriors won’t have any representation in Sunday’s game.

Let’s remember some of the top moments of All-Star weekends past, starting with the most recent.

Last season, the NBA descended on Steph Curry’s hometown of Charlotte, North Carolina. Curry was supposed to be coronated in the 3-point contest, but had that title stolen by Durant’s new teammate, Joe Harris.

He did show well in the All-Star Game itself, though, boasting a connection (and possible recruitment?) with league MVP Giannis Antetokounmpo, including a bounce-pass alley-oop over Durant that got the crowd amped.

Steph and Klay did battle, and Klay ended up on top with Team LeBron beating Team Giannis.

In the end, it was Durant who won the game’s MVP for his 31-point performance as he took over for Team LeBron in the fourth quarter.

Back in 2016, Curry was defending his 3-point championship title as the pre-eminent long-range marksman in the NBA, having recently dazzled the basketball world on the Warriors’ run to the 2015 championship.

But Klay reminded the NBA that there are in fact two members of the hottest-shooting backcourt in history.

Steph put himself in position to win with 23 final-round points, but Klay surpassed him on the moneyball rack to secure the victory and a Warriors repeat.

As we head backwards through history, we have to note the Warriors’ All-Star drought, which extended from 1997 (Latrell Sprewell) until 2013 (David Lee). During that stretch, though, there was Jason Richardson’s two-year run of dominating the dunk contest.

Richardson won the 2002 contest in Philadelphia with a tribute to Dominique Wilkins and a powerful reverse bounce windmill slam. The repeat effort in Atlanta featured three bounce alley-oop dunks, including the capper: A lefty reverse between-the-legs jam.

My words clearly don’t do it justice — watch the dunks as J-Rich explains how they came about:

Richardson and Dubs teammate Gilbert Arenas, who gave him dunk advice in both contests, split the 2002 and 2003 Rising Stars MVPs.

Best (and worst) of the rest

The only post-Philly Warrior to win an All-Star MVP was Rick Barry in 1967 at San Francisco’s Cow Palace.

Mailbag: Deciding who the Warriors should acquire with their traded player exception

A’s mailbag: The second base question, trash can bangs, and the three-batter rule