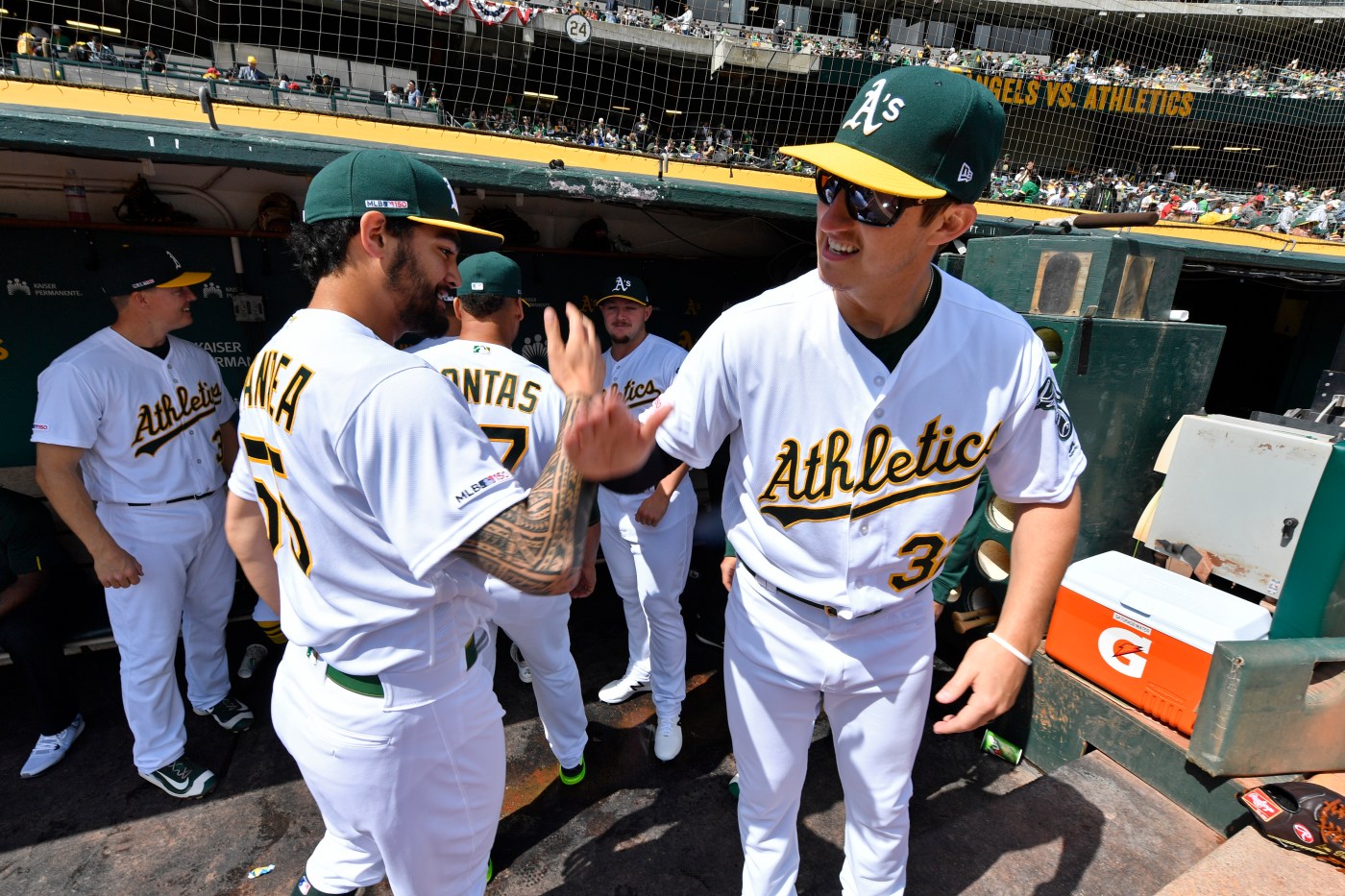 MESA, Ariz. — Hype around a young, promising rotation followed the Oakland A’s into spring training this year. As pitchers and catchers reported to camp on Wednesday, those whiffs of promise wafted again.

Not gonna lie I flinched pic.twitter.com/bYmETG7fwF

Some promising news: Manager Bob Melvin and general manager David Forst said A.J. Puk, Jesús Luzardo and Sean Manaea — all returning from injury-plagued 2019 seasons — are not currently expected to be on an innings limit in 2020.

“The word we’ve used most is ‘monitor,’” Forst said, indicating that the team will closely track the trio’s workload as the season nears and starts. “Every guy is different, Luzardo and Puk are different from each other. There’s no reason to create hard guidelines or limits. I trust that Bob and Emo (pitching coach Scott Emerson) and the training staff will communicate with those guys this season and we’ll monitor how they do.”

Day One also brought in a healthy round of arms: James Kaprielian, Daulton Jefferies and Daniel Gossett, to name a few.

Gossett spent all of 2019 going through the tedious motions of Tommy John surgery recovery — in the middle of the big league clubhouse during a tight postseason run.

“Instead of being the guy in the locker room like, ‘I don’t want to get in the way, because he has to do things today.’ I can be like ‘hey, I’m here with you man,’” Gossett said.

Gossett’s role for 2020 isn’t close to defined, but he’ll compete for an opportunity to contribute — Chris Bassitt is the clear first option to be a swingman, but there may be more innings to eat. He had a stellar showing in the Arizona Fall League, posting a 2.57 ERA in 14 innings with 12 strikeouts and 3 walks.

Gossett is in Mesa now, just happy to not be chained to that thick binder of recovery steps, a year-long checklist of strengthening methods that made him feel isolated from the rest of the team. He found solace in fellow injured pitcher Marco Estrada, who battled a back injury throughout all of 2019 before his release. Gossett’s role may be undefined, but he’s happy to just have a chance to be normal again.

Gossett, 27, is back in the fold now with heavier competition around him — though undoubtedly impressed by how smart the young guns have proven to be. He relishes the opportunity to ask the thinking behind an early count backdoor cutter.

“I remember Puk’s first outing in camp, he comes in highly touted like, OK, let’s see what he’s got,” he said. “And he just mows down the first guys he faces and it’s like OK, this guy is the truth.”

On the other end of the spectrum, Daniel Mengden arrived in Mesa with his …read more