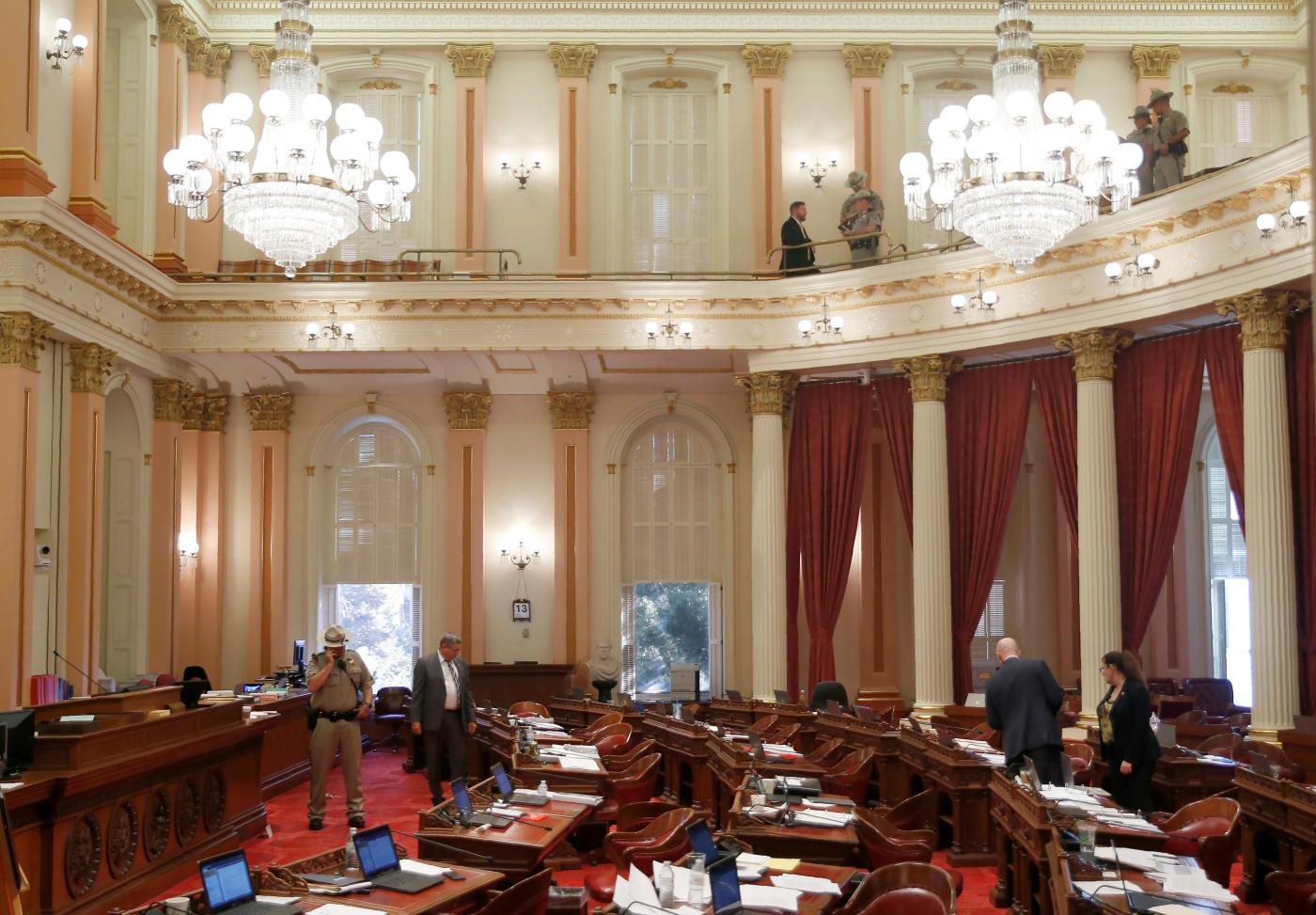 With the Peninsula facing potential massive change amid Caltrain expansion and the increasing demand for housing, seven candidates are hoping to make their mark as they jockey to replace Sen. Jerry Hill, a longtime legislator and a leading critic of Pacific Gas & Electric.

Hill can no longer run because of term limits so for the first time in eight years voters will see a new face representing them in Senate District 13, which stretches from South San Francisco to Sunnyvale.

Like Hill, the top Democrats in the field have varied political experience: three are current city council members — Annie Oliva of Millbrae, Shelly Masur of Redwood City and Michael Brownrigg of Burlingame — and one termed-out of the state Assembly — Sally Lieber. A fourth Democrat, Josh Becker of Menlo Park, who has been endorsed by both Hill and Gov. Gavin Newsom, is a public policy guru and founder of a non-profit fund.

Long-time Libertarian candidate and Navy veteran John Webster of Mountain View is also running, as is Republican and Glew Engineering founder Alexander Glew of Los Altos. The top two vote-getters will advance to the Nov. 3 election.

Since heading to Sacramento, Hill’s district has become a key player in the fight between local and state control to bring housing costs down in the region. Many of the candidates are staunch opponents to the now-dead Senate Bill 50 — which would have required cities to allow denser housing developments. They maintain they are determined to find a solution to a housing crisis that continues to displace people to other parts of the state or that relegates them to RVs in the industrial parks of the Peninsula. And with Caltrain’s expansion threatening to completely change the character of largely single-family cities in the mid-Peninsula, candidates are towing a fine line between state intervention and local authority.

Here are the district’s seven candidates, and what they hope to do in Sacramento.

The only candidate to secure endorsements from both Hill and Gov. Gavin Newsom, Becker is an entrepreneur and founder of the Full Circle Fund, which offers grants to non-profit organizations working to alleviate the homelessness and housing crisis raging across the Peninsula.

“We have such an opportunity here in California,” Becker said. “My vision for California is one of clean air, clean water, good schools for our kids and grandkids, housing that young families can afford, and attainable senior housing. Less time in traffic, and more investment in public transportation combatting climate change.”

A 10-year Burlingame councilman and veteran diplomat of the Foreign Service, Brownrigg has focused most recently on bringing more affordable housing options to residents of his city.

“I have thirty years of public service, making government work for people,” Brownrigg said. “I think I’m ready for Sacramento. I’m proud of the record I’ve achieved in Burlingame, to build new housing, build new schools, balance our budgets and bring people together to solve land-use problems. I sense anxiety over affordability, over climate, over education. I get …read more

High school students to start their day later in Alameda