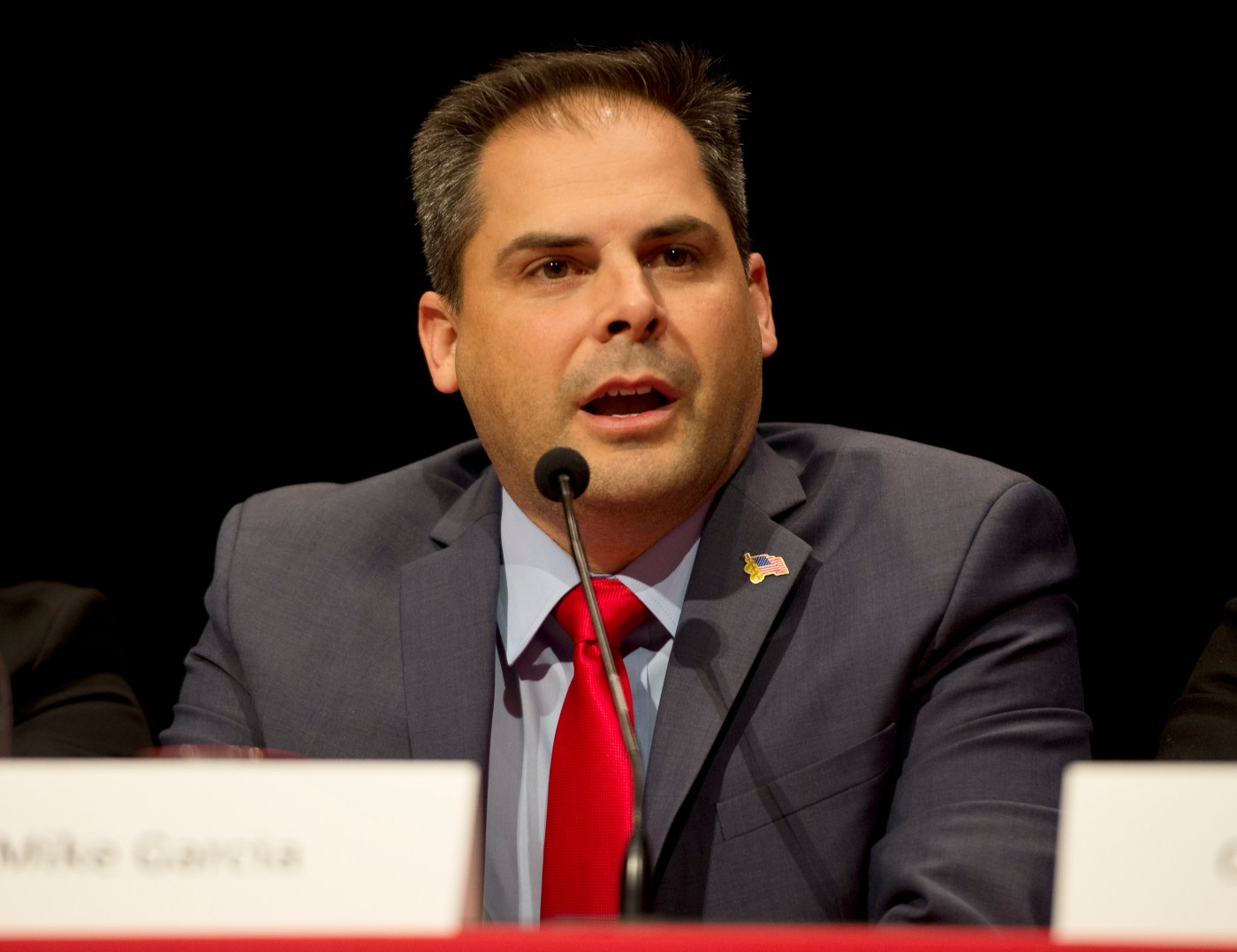 Mike Garcia, the newly elected Republican representative of the 25th Congressional District, will be sworn in to Congress on Tuesday, May 19, in the nation’s Capitol.

Garcia, 44, won the seat in a special election on May 12. As of Monday the Secretary of State’s uncertified tally showed him up by nearly 10 percentage points over his opponent, Assemblywoman Christy Smith, a Democrat. Votes continue to be counted, and numbers are expected to tighten, but both sides agreed Garcia’s lead was insurmountable.

Speaker of the House Nancy Pelosi will swear in Garcia and the other representative-elect, Republican Tom Tiffany of Wisconsin, at 7:30 a.m., aired live on C-SPAN.

Garcia, a Raytheon business executive and former Navy fighter pilot, will be joined by his wife and two sons.

Garcia and Smith, the assemblywoman for the overlapping 38th State Assembly District, led dramatic campaigns for the 25th Congressional, which represents a district that stretches form the northern San Fernando Valley to Simi and the Antelope valleys and a sliver of Ventura County.

This election filled the remaining term of Katie Hill, who resigned in October. That term expires in January 2021. In November, both Garcia and Smith will run anew for a fresh term in the seat, which also begins in January.

Garcia said he is ready to get to work, particularly for constituent services in a district that’s been without a congressperson for months.

Dispute over reopening California Tesla factory may be over